NewsPaperthe art of publishing
HomeNewsWe wish you a happy – and optimistic – New Year!
0

We wish you a happy – and optimistic – New Year! 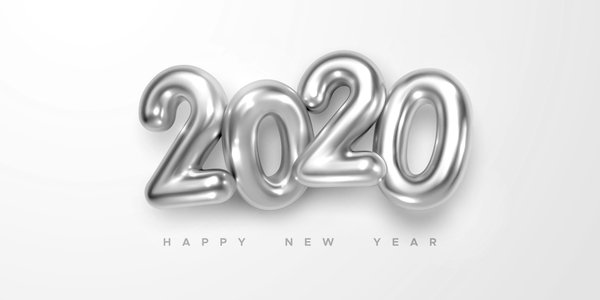 WELCOME to the New Year and to a brand new decade with The Conservative Woman.

The last decade ended on a note of political and cultural optimism, and we at The Conservative Woman will be fighting to turn that into a new reality.

First, a Conservative Government was voted in on the basis that it will take us out of the EU, and that is now a technical certainty on January 31. There are still battles ahead and we’d be foolish to imagine that the Remainers are anything other than temporarily routed. But there are also signs that Boris Johnson may be prepared to turn the screws tighter on the EU in the post-Brexit negotiations, and to leave without a trade deal next December if the EU continue in their studied intransigence. We are not complacent though and will be holding the PM’s feet to the fire.

Second, and more broadly, the consensus seems to be that the vote marked a swing of the cultural pendulum towards social conservatism. If so, we can lay some claim to having shifted the goalposts of the debate. Commentators however are interpreting this phenomenon as an endorsement or expression of ‘blue Labour’ or ‘red Toryism’ depending on their political perspective. Not only do we think that is the jury still out, but wonder if they are reading the runes right? Whether it is Matthew Goodwin or Nick Timothy positing this, their political analysis assumes a public appetite for a large state (role and spending). Yet it is the same large state that has caused so much unease. It is the same interventionist state that’s pushed the metro elites’ liberal individualism, diversity and rights culture that the voting public is so fed up with. Their accounts do not quite add up, either in terms of what people really want or whether the state behemoth can ever be the basis for the political and cultural regeneration we so urgently need in Britain.

What they miss out from their equation is that all-important social change of the last decade that Laura comments on in TCW today – the phenomenon and emergence of ‘workism’. The decade that saw ‘workism become king’ also saw ‘the private sphere, the family, marriage and mothering taking a hammering from all sides’. A toxic combination of hyper-individualism and aggressive state-backed gender ‘equality’ policies (regulative and financial) finally sacrificed the private sphere to the world of work. This attack, from both the Left and Right, on the private sphere has as Laura explains ‘exalted the public sphere to a level once reserved for such goods as family, spouses, children and God’.

It is this shift or social revolution coming on top of the progressive social liberalism of recent decades, not the much-blamed free market in social media, that explains the disturbingly regular ‘social malaise’ headlines that marked the end of the last decade and now begin the new one.

We do believe that there are seeds of an all-important social conservative counter-revolution, but we fear they are still little understood. To flourish, our counter-cultural arguments must be heard. We will be making them here on The Conservative Woman with renewed vigour and confidence in the coming year and decade.

To do this effectively we rely on and need your continuing support: to expand our core team, extend our reach and maintain our energy. Just reading us and sharing our articles on social media, as well as introducing friends and contacts to our site, helps us. If you can, a regular monthly contribution, however small, would be very much appreciated. The ‘donate’ button is on our front page.

Regardless, keep with us and accept our best wishes to you all for a very Happy New Year.