Weather forecasting – when one word is worth a thousand pictures 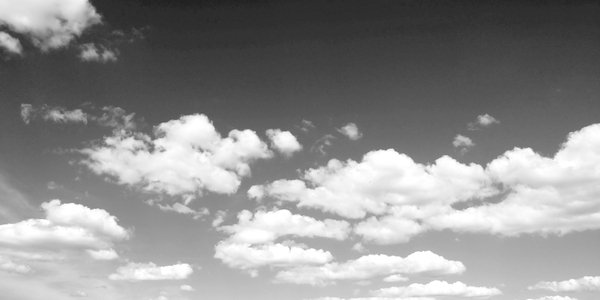 IT’S summer. It’s June. It’s time at last to get the family along to celebrate Christmas and all those missing birthdays. It must be in the garden because there are a lot of them. First, check the forecast, then set a date. Everybody’s been looking forward to this for 18 months.

I consult the BBC 14-day forecast on Sunday May 23. Lots of dry weather for our town, day after day. Looks safe for Saturday June 5. Check the Met Office web page just to make sure, but they don’t go that far ahead. Cross fingers and tell the family it’s on for the 5th.

Relief! A week later on May 30 both the BBC and the Met Office agree that it will be ‘partly cloudy’ on June 5. That’s all I need to know. While on the Met Office site I notice something about a computer. A new one is coming, apparently, and will operate at 60 petaflops per second, which sounds impressive even when you don’t know what it means. We will get, they say, ‘ever more accurate forecasts that enable decisions to allow people to stay safe and thrive’. A curious sentence but I hope they’re right about the thriving.

Temperature? Surely most of the time tomorrow is about as warm or cold as today? Wind? Unless it’s going to blow a gale how many people planning a family gathering in the garden are bothered about the wind? Will it rain or not, that’s all I want to know.

It was really no surprise that after 13 days of telling me the weather for our celebration was to be bright periods all day (i.e. mixed sun and cloud), the Met Office forecast changed on the evening before to cloud then rain in the afternoon. The BBC didn’t mention rain until the morning of the day itself. The drizzle started at 12.30, just as we began the garden lunch, and turned to real rain at 4pm.

What went wrong? Here’s my theory. Unfortunately for the often-mocked science of meteorology, a computer-generated forecast was a software engineers’ dream. These people are computer science professionals, not meteorologists, and it shows. They should never have been allowed near a forecast.

Forget your old-style maps, they must have said to the meteorologists, and the old way of writing Showers across Devon and Cornwall, or Light rain over Argyll or Armagh. We can dig deep into the computer and mine some really useful stuff: we can give you site-specific forecasts! Hour by hour! As far ahead as you like! Just hand over the data and we’ll do the rest.

The meteorologists were impressed. But so mistaken. The result is dozens of organisations competing to tell you in vast and unlikely detail what your weather will be over the next few weeks. You cannot help but be impressed. Not only weather (cloud, sun, rain, snow) but temperature, plus what that ‘feels like’, humidity level, visibility, wind direction, strength and gustiness, UV levels, and percentage possibility of rain. Too much information. Too much detail.

The meteorologists forgot the most important lesson about giving any forecast. The more detail you put in, the less accurate will be the result. Less, in this case, is definitely more. A forecast of showers for next Monday from 9-11am then again at 3pm is almost certain to be wrong. But if they just said ‘possibility of showers’ for that day we’d know exactly what to expect. And there’s a very much better chance of them being right.

Weather forecasting on websites or apps has gone so far down the wrong track that it is now virtually useless. You cannot plan any outside event or activity and be certain of the weather. Notice how even in fine and settled conditions there is nearly always a percentage chance of precipitation. Which means they can never be wrong.

You must ignore the detail; take no notice of the weather apps on any device. Go for the big picture: live TV forecasts with real people. They will give you a broader but much more accurate picture of the weather for the next day or two. Even then, in a showery situation they might have blue blobs scurrying across three counties. These are meaningless and don’t indicate where the showers will be. Far better to go back to something like the original newspaper forecasts, which wrote the word ‘SHOWERS’ across whatever part of the UK would suffer them. A classic instance of one word being worth a thousand pictures.

One small step on your way to zero carbon is perhaps to go for natural forecasting. When you’re next on the beach, maybe pick up a nice bit of seaweed to nail on the fence at home. It will feel damp if rain is on the way. Pine cones are also said to be useful if hung outside: they will open up for dry weather, close for rain.

Better to spend time watching them than peering at that weather app on your phone.