NewsPaperthe art of publishing
HomeKathy GyngellWelcome back, Jordan Peterson – we need you more than ever
0

Welcome back, Jordan Peterson – we need you more than ever 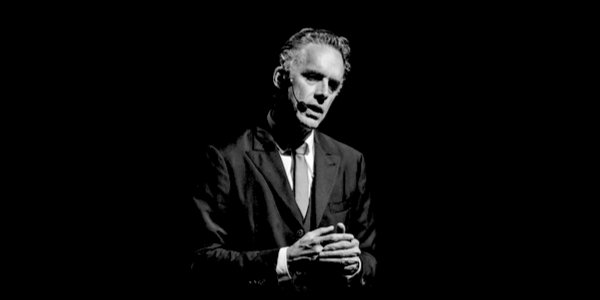 IN July I wrote about Jordan Peterson’s sudden disappearance from public life. Until then the controversial University of Toronto psychology professor and self-help guru had rarely been out of the news in his battle for free speech and for reason over ideology.

The reason for his absence was that this foremost public intellectual had been very ill. In a moving interview with his daughter Mikhaila, which we showed, Peterson revealed that he was recovering from addiction to the prescription tranquilliser benzodiazepine, meant to be given only for the short-term relief of severe or disabling anxiety.* He developed a severe physical dependency when his dose was increased after his wife’s terminal cancer diagnosis.

Now, in a video in which he speaks directly to camera for the first time in a year, he gives further details of what happened to him and his plans for the future. It is both moving and honest. He pays tribute to the help given to him, particularly by his family, but for whom he doubts he could have managed the brutal and painful process that is benzodiazepine recovery.

His honesty and humility – this man is very hard on himself – is painful to watch. Bowed but not broken, I would say. This episode will have made him no less extraordinary a man, but more.

Commenting on the new video, Douglas Murray notes the failure of Peterson’s critics to contend with his points and arguments: ‘You would have thought that if any Canadian professor who had previously been obscure rose to prominence across the world, with audiences of thousands rising to their feet to welcome him every night, then whatever their ideological stance people – including critics – would try to work out what it was that he was on to. Yet Peterson’s critics, from Cathy Newman to the New York Times and the BBC, consistently failed to see any interest in the bigger story.’

Indeed so. The idea of a prophet is one that the Left are unable to get to grips with. It is outside their radar. And a prophet is what Peterson is, of our modern times. I do not think the description is out of place.

It is hard not to believe that some discovery of Christian faith has helped him. He signs off the video saying that ‘with God’s grace and mercy’ he hopes to complete some of the tasks which he lays out in it.

In 2017, Peterson released a set of online videos about the Old Testament Book of Genesis, and it had long been his hope that he would find the time to prepare another set of lectures on Exodus. For now, though, he hopes to devote himself to Proverbs, which he calls the Book of Wisdom. In this age of Covid hysteria, when were we more in want of wisdom?

I for one can’t wait. As Douglas Murray says, the world needs Jordan Peterson more than ever.

The Benzodiazepine Information Coalition have questioned my use of the term addiction in this context. They say, I quote, ‘Jordan Peterson is struggling with physical dependence not addiction . . . Mikhaila Peterson says that it’s not an addiction, and even posted an update on her twitter to make this clear . . . but physical dependence. These terms aren’t interchangeable’.

They point to the FDA Guidance for Industry on page 9 which states: