NewsPaperthe art of publishing
HomeNewsWelcome, Baron Adonis, to British history (as taught by the Sex Pistols)
194

Welcome, Baron Adonis, to British history (as taught by the Sex Pistols) 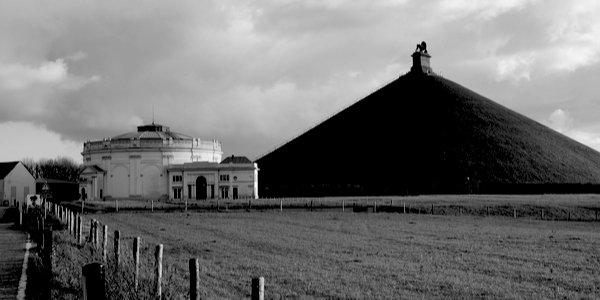 Baron Adonis of Camden Town in the London Borough of Camden can be disconcertingly ill-informed, and just plain silly at times. One of his areas of special expertise is, supposedly, education. It was part of his portfolio in Tony Blair’s Number 10 Policy Unit and, following his appointment to the House of Lords, he went on to serve as a Labour education minister. Should he know better, therefore, than to utter this pronouncement on Twitter over the weekend?

Very little Irish history & culture is taught in English schools & I think there should be a debate about changing this. I’m surprised how little young people know about Ireland – even those of Irish heritage.

Given that not a single specific event or personality from British history is prescribed by the history national curriculum, the call for more Irish history is highly discriminatory. It would give Ireland the same elevated status as other prescribed non-British topics such as these:

· the achievements of the earliest civilisations – an overview of where and when the first civilisations appeared and a depth study of one of the following: Ancient Sumer, The Indus Valley, Ancient Egypt, The Shang Dynasty of Ancient China

I am an anti-Christ
I am an anarchist
Don’t know what I want
But I know how to get it
I want to destroy the passerby . . .

Baron Adonis would get a better idea of the Sex Pistols’ direction of travel for the teaching of British history in our classrooms if he checked out the drug-fuelled and alternative world of his own Camden Town and its market on a Saturday. Anything goes there, just as it does with British history in the national curriculum. It turns out that all the familiar landmarks such as Alfred the Great, the Battle of Hastings, Magna Carta, the Reformation, the Civil War, the Glorious Revolution, the British Empire, Churchill, the World Wars and so on are given only the measly status of ‘examples (non-statutory)’ that teachers ‘could include’ if they so choose.

Too often, though, they are scarcely choosing them at all. It is Jack the Ripper rather than Gladstone and Disraeli about whom children are more likely to learn when they study the nineteenth century. A quick glance at the teachers’ oracle, the TES (formerly Times Educational Supplement), shows 275 lesson plans and resources for the Whitechapel murderer. Neither Gladstone nor Disraeli can clock even half that amount and Horatio Nelson manages only 41. The aforesaid ‘Jack’ is the chart-topper when it comes to secondary school history. He even outscores the Jamaican ‘nurse’ Mary Seacole, who managed 189 TES resources at the time of writing.

Baron Adonis is calling for more Irish history at a time when ‘Ireland and Home Rule’ does, at least, make it on to the list of ‘examples (non-statutory)’ that ‘could’ be taught. Nelson, Wellington and the Napoleonic Wars are not even awarded that status. They have disappeared altogether. Even when landmark events and personalities are taught, more often than not it is through a distorting prism of political correctness.

One of the most popular secondary-school history textbooks of recent years, many times reprinted, has been Minds and Machines – Britain 1750-1900. Its authors include principal government advisers and established figures within teacher training. Baron Adonis would do well to take a peek. It will give him a perspective on what is going on in history lessons. A lack of Irish history is the least of the problems.

In this book, traditional ‘heroes’ such as Clive of India, General Wolfe, Admiral Nelson and General Gordon are excluded. Wellington has a role only in relation to Peterloo; his role at Waterloo is not mentioned. Nor do many prime ministers get a look-in: Pitt the Elder, Pitt the Younger, Peel and Palmerston are amongst those sidelined. Gladstone merits a minor walk-on part. Instead, new heroes appear, including the American Chief Crowfoot, the African Chief Lobengula, the Fijian Chief Cakobau, the Indian Princess Rani Lakshmi, an Aborigine teacher named Bessy Cameron and Josephine Butler, a British campaigner against sexually transmitted diseases. In the absence of information about what these rediscovered heroes did and said, the book makes up the evidence:

‘We have tried to imagine what they would tell us if they were to come back from the dead.’

Needless to say, this is damning of the British. Further damnation comes from the imagined confessions of British imperialists such as Cecil Rhodes. Welcome, Baron Adonis, to the wonderful world of the ‘undead’ Zombie version of the past now masquerading as British history in schools up and down the country. The knowledge of Irish history that you are calling for is important but, perhaps, our starting point should be the landmark personalities and events from across the British Isles. How many pupils today, for example, know and understand that we are currently living through the hundredth anniversary of the greatest military achievement of the British Army? The crisis in school history relates far more to its anarchic Sex Pistols presentation of Britain’s past rather than to its insufficiencies with regard to Ireland’s past.

Baron Adonis of Camden Town in the London Borough of Camden appears to know little about the school history curriculum, and he understands still less.