NewsPaperthe art of publishing
HomeNewsWelcome to the new PC Grace Brothers – with not a pussy...
102 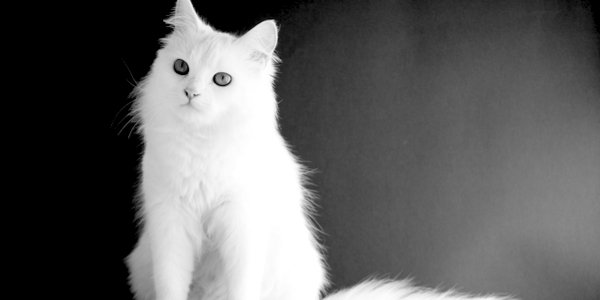 Hull’s status as UK City of Culture for 2017 has ended, but the new year is no reason to allow artistic standards to slip. Hats off, therefore, to Hull’s Truck Theatre for rejecting a request from the local amateur Playgoers’ Society to perform a stage version of the 1970s sitcom Are You being Served? declaring the script too politically incorrect for modern sensibilities.

And quite right, too. Had this anachronism gone ahead, undoubtedly it would have attracted an unreconstructed, working-class audience, all eager to laugh as limp-wristed Mr Humphries minces across the set, to chortle while randy Mr Lucas sexually harasses mini-skirted Miss Brahms, and to smuttily misinterpret all mention of Mrs Slocombe’s beloved feline (‘If my pussy isn’t attended to by 8 o’clock, I shall be stroking it for the rest of the evening’).

This relic, with its hideously all-white cast, would no doubt have gone down just as well as the floorshow at the Presidents Club dinner. But in 2018 no respectable theatre can possibly allow such sexist, homophobic and racist filth to caricature gay men, demean women, exclude black and other minority ethnics, and offend millennials unaccustomed to outdated seaside-postcard vulgarity.

However, in the hope that the production might still go ahead if the Hull Playgoers’ Society makes a few tweaks which reflect modern Britain, we at TCW have some helpful suggestions. For a start, the name Grace Brothers must change: much too patriarchal. The store instead becomes a female dynasty and is subtly renamed Gracie’s, in solidarity with courageous BBC martyr Carrie Gracie, still struggling on a mere £135k as she bravely fights for equal pay at the Corporation.

Gracie’s store will, of course, no longer have separate ladies’ and menswear departments. The new set must be a single, unisex area, reflecting the gender-fluidity now common in the salons of Hull.

The original show never expressly stated the sexuality of flamboyant Mr Humphries. The rewritten character, though much less camp, must now be out, proud and an activist for LGBTQ+ rights. The revised plot will pick up the story shortly after a successful campaign led by Mr Humphries and his same-sex partner, an influential national journalist named Owen, for Gracie’s to introduce a communal changing room for all who identify as women. Throughout the performance, burly figures with stubble will be visible in the background, trying on frocks alongside anxious-looking schoolgirls. One highlight of the show will be a dramatic scene in which angry parents turn up to complain about their teenage daughter having to share changing facilities with biological men; because the new production must be a morality tale, these bigots will, of course, be arrested and charged with transphobic hate crime.

In the modern Gracie’s there can be no role as a floorwalker for senior staff member Captain Peacock. Acknowledging his earlier privilege, this once haughty figure will instead deliver a homily on the gender pay gap and offer to take a substantial cut, parroting the words of Jeremy Vine: ‘I support my female colleagues. It’s a no-brainer.’

The audience will be shocked to discover that the matronly character of Ms (no longer Mrs) Slocombe has been made redundant. Following the example of axed Countryfile presenter Miriam O’Reilly and her action against the BBC, Ms Slocombe will successfully sue for age discrimination, be reinstated to her position at Gracie’s, but in the final scene leave to set up her own consultancy assisting victims of ageism in the workplace. Previously a cartoon battleaxe, the redrawn character now provides inspiration to all older ladies, though Ms Slocombe will lament how women still cannot have it all: ‘I am now so busy, I have hardly any time to play with my pussy.’

Leggy sales assistant Miss Brahms will become the much more prim Ms Brahms, and the rewritten character will emulate former City temp Nicola Thorp by challenging the dress code that requires her to wear high heels. And taking further encouragement from the now Coronation Street actress Thorp, Ms Brahms will deliver an emotional soliloquy that says ‘f*** you’ to all who have sexually harassed her while at Gracie’s.

The list of shamed predators will include a crestfallen Mr Lucas, now on a final written warning for what he still claims was a misunderstanding over the question, ‘Fancy a stiff one after work?’ However, compulsory Equality and Diversity training has transformed the hitherto laddish Mr Lucas into an earnest social justice warrior; it is he who at the final curtain will, Cumberbatch-style, address the audience and denounce Brexit, Trump and Israel, and censure the UK Government for failing to increase its quota of refugees, especially bearded children.

Ticking the box of minority ethnic representation is a delicate matter. It might best be achieved by the unnamed nurse to ageing matriarch Ms Gracie having a beefed-up role and played by a person of colour, one who shares the attitudes of former theatre nurse and now Labour MP Eleanor Smith. The use of private nursing is of course a thorny issue; but this quandary can be deftly dealt with by emphasising that the character’s private care of Ms Gracie is just part-time, and she has undertaken the work only because her full-time position in the blessed NHS, ‘the envy of world’, no longer pays enough to live, due to wicked Tory cuts. Watch the selfless nurse grapple with the moral dilemma of whether to accept additional private work or join her NHS colleagues at the foodbank.

None of this will raise any laughs, but that is not the point. If the Hull Playgoers’ Society submits a new script based upon this Leftist interpretation, the Truck Theatre will surely give the nod in anticipation of a complimentary review in The Guardian. Even more important in a city in which 67 per cent voted Leave, this contemporary production will keep away the uncouth, Brexit-supporting riff-raff. And to quote Mrs Slocombe: I am unanimous in that.

Share
Facebook
Twitter
WhatsApp
Email
Previous articleVirtue signalling has no place in a GP’s surgery
Next articleFeminism: the haunting fear that some women may be beautiful (and some men might be looking at them)