NewsPaperthe art of publishing
HomeNewsWelcome, President Trump, we are proud to have you here
149

Welcome, President Trump, we are proud to have you here 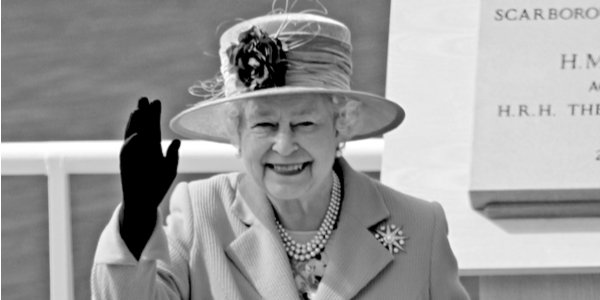 The Conservative Woman extends an unqualified welcome to President Trump on his visit to the UK. We are, at the same time, mortified by the British establishment’s response – from lukewarm to downright hostile. We dread to think how many guests at Theresa May’s dinner for the President at Blenheim Palace this evening will be sneering at him as they eat.

Our country has been shown to him at its uncouth and uncivil worst. It’s a poor show. To say Mrs May could have done better is to put it mildly. The behaviour and attitude of the Mayor of London is almost beyond comment. Irresponsible, infantile and unBritish (in terms of long-standing British values of civility) are but three words that come to mind.

Only Her Majesty the Queen is in the position to deliver the rebuke they both deserve. Manners apart, who better than our monarch to remind her Government of the importance of our special relationship with the US? Her reign has seen 12 American Presidents, and by the end of tomorrow, she will have met them all. No one can have more understanding of the friendship and our continuing need for it.

For Margaret Thatcher, it was not just the central pillar of Britain’s foreign policy, it transcended the personality and politics of whoever served as president. Were she in situ today, her former adviser Charles Powell conjectured, top of her mind would have been that duty to give ‘the respect that in her eyes any and every American president deserved. Whatever personal distaste she would have felt for aspects of his behaviour – and she was pretty broad-minded – she would have rigorously suppressed as beside the point by comparison with our strategic interest’.

A strategic interest which the smarter amongst our politicos must surely see, as the United Kingdom extricates itself from Brussels’s tentacles (as we believe the people will insist it does), is set to become even more important.

From the start we at TCW hazarded that Donald Trump, who spoke to and for America, would win. When even the Right-wing media dumped on Trump – bigot, sexist, racist, Nazi, you name it, they have hurled it at him – we predicted he was here to stay.

At times he may have looked as though he had bitten off more than he could chew as he faced ever fiercer resistance from the Washington establishment. At times he has been cackhanded, if not naïve, in his management of his most controversial policies and crises, not least the recent one (of Obama’s making) on the Mexican border. But overall we’ve been witness to a more successful Presidency than most dreamed this businessman-cum-political-innocent was capable of – a Presidency that has had, what’s more, ‘so much winning’.

It is worth recalling that this Presidency, which set out to challenge the global open border establishment, to challenge those who seem to care nothing for their fellow citizens and would like to see them replaced by a more compliant voting base, was never supposed to happen. But it did, and the Leftist establishment and celebrity elite have been crying a river ever since.

Trump’s tax cuts, his Supreme Court nominations, his recognition that nations must have borders and calling out China’s trade practices and intellectual property theft – said to cost the US between 225 and 600billion- dollars each year – these are the highlights so far. Trump was the disruptor we needed, our man on the wall, to stop the Leftist rot and destruction of the United States, and by extension the rest of the West, whose values he alone amongst the G7 leaders has promised to defend.

Which brings us to the blimp, the Trump baby flying over London organised by the Leftist babies. A word on that. This blimp that mocks the President is permitted to fly in this country only because of our common law tradition that protects the freedom of expression. This is the common law tradition that was taken to the New World and incorporated into the philosophy of the United States by the Founding Fathers. This is the best legal tradition in the world, the one that protects the individual from the mighty power of the State.

So we hope that the Leftists appreciate just how lucky they are to live in the UK with this tradition, and likewise those who live in the United States who should pay homage every day to the First Amendment.

We at TCW will do everything we can to protect this freedom and our other fundamental freedoms from the vicious onslaught by the intolerant Left which we have highlighted during our current Free Speech Week.

Further, we will do what we possibly can to stop our common law tradition being taken over by the EU. It is all part of the same fight, and a blimp is not going to cut it.