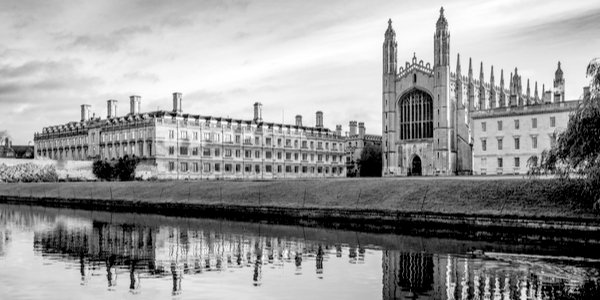 ARGUABLY the greatest triumph of progressivism is its control over the language we use.

By slicing, dicing and hollowing out various words, the linguistic ground beneath our feet is made unsteady. By the time we have regained our footing, a malignant host of new words, phrases and meanings have spread; in their wake the cause of common sense retreating once more.

Each modern coinage has its old counterpart. ‘People with cervixes’ were once ‘women’, for example. Recently I came across a new one: ‘mandatory consent’. This apparent oxymoron came to my attention courtesy of a friend who has started a degree at an Oxbridge college.

After arrival, he was soon greeted with an email from the college’s ‘women & non-binary welfare rep’, who was certain that all recipients were excited about the ‘jam-packed freshers [sic] week’.

In former times freshers’ week would be dedicated primarily to bacchanalia, but in the modern age it is reserved for ‘mandatory consent’ classes. What was being consented to – perhaps sex, drugs or even rock ‘n’ roll – was not made clear in the communication. Sex, as it later turned out, was the topic of discussion in a session hosted by a sexual health charity.

Anyone not keen on attending was told that they would be ‘chased up’ about the matter, as informed by the college’s ‘non-binary welfare officer’ (pronouns she/her). However, there was later the suggestion that people might legitimately not attend the workshop if sufficiently triggered by its contents. Only the largest of snowflakes have any hope of escaping wokedom’s chomping jaws.

The effectiveness of such workshops is naturally highly doubtful. Yet, in an era of moral panic surrounding sex – whilst simultaneously being the era most supportive of sexual promiscuity – hysteria triumphs. In assuming all young men to be rapacious sexual predators and all young women to be honest and chaste maidens, some of the most traditional sexual tropes are wheeled out unashamedly. That aggressive sexual predators are unlikely to pay too much attention to the contents of a ‘consent workshop’ was not a topic covered.

Later in the week, my friend was badgered again. The college’s BAME representative (pronouns she/her) had emailed all new arrivals informing them that they were ‘expected to attend a mandatory anti-racism workshop’.

By now, the deluge of mandatory courses and accusatory emails was giving said friend anxiety. He had over 50 e-mails to go through when he arrived at the college. Unfortunately, an anxiety workshop on how to manage a large e-mail inbox has not, thus far, been offered.

The title of the mandatory workshop was ‘Whiteness and Being a White Ally’, the online description of which encouraged students to ‘come along . . . if you’d like to develop some practical tools to becoming a white ally and build a strong antiracist identity’.

Troublingly, my friend, although looking decidedly white, has an ancestry which is almost half derived from East Asia. With terms such as ‘whiteness’ and ‘blackness’ thrown around so readily without being properly defined, he was unsure whether he was sufficiently white to be able to apply for the status of ‘white ally’. The slipperiness of such ideological terminology is, however, just another weapon in the progressive arsenal, and their inapplicability to the real world no hindrance to the fervour with which they are preached.

During the mandatory racism workshop, participants were reminded that ‘silence is complicity’: encouraging people into the denunciatory mindset that accompanies any totalitarian ideology reliant on the omnipresent fear of stepping out of line. Upon hearing any ‘racist’ comments (a term which is rarely satisfactorily defined) the college’s new intake were ordered to ‘educate’ the offending party. Turning a blind eye is not acceptable: that is a sign of a ‘position of privilege’. College-sanctioned ‘struggle sessions‘ will surely soon follow.

Only later in freshers’ week did the e-mail deluge lessen. Another message from the college’s non-binary representative started with the happy news that, at last, she could send an e-mail ‘not about consent workshops’. Instead, it was an invitation to an event for all women and non-binary college members (read: ‘straight men stay away’). Vegan and gluten-free pizza was to be served.

Let it not be said that all students are taking it lying down. One heretic objected to the college’s decision to ban men from the college gym during the so-called ‘non-binary gym hour’. The student, making the point that such exclusionary policies echo the Jim Crow laws of America’s South, was admonished by the college’s ‘BAME representative’ who demanded an apology (‘you owe SO MANY PEOPLE an apology’) and encouraged the wrong-thinker to attend an anti-racism workshop.

And so began a happy year of education in 2021.

The presence of these destructive ideological viruses is nothing new on university campuses; the mandatory kowtowing to them is. Students at the college have been told that their attendance to the workshops outlined above is tracked. Should they fail to attend, they may not be permitted to matriculate. Much of the e-mail communication was made via the college’s Tutorial Office, demonstrating the content’s official sanction.

Having arrived at one of the world’s greatest universities, many students opposed to these courses will be cowed by pressure placed on them to jump through these ideological hoops. It is entirely understandable that few will dare risk their place at a university many will have aimed to get into for years.

There is perhaps no greater sign of how far we have let the youth’s education fall into the hands of ideologues. Universities are rotten with the purveyors of these pernicious, America-imported beliefs, sustaining an entire industry of people who feed off the inflated fees charged by our universities and colleges.

While Cambridge’s woke Vice-Chancellor has gone, his comrades remain entrenched throughout the rest of the Oxbridge world. Rooting them out will be no mean feat.