NewsPaperthe art of publishing
HomeNewsWelcome, workers, to the 19th century
33

Welcome, workers, to the 19th century 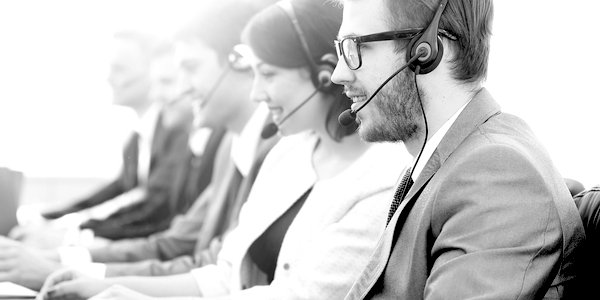 ‘In the gig economy, whoever controls the algorithm controls what is inputted into it.’

Those of a certain age, even if happily buying books on Amazon and haling Uber cabs, might not be quite sure what that sentence means. In his book, James Bloodworth explains it very well and many of the older generation will be glad they are no longer working.

In the tradition of George Orwell, Bloodworth lived the life of those he was investigating, embedded for six months as a zero-hours worker in the ‘gig economy’.

‘Gig’, by the way, refers to something free and easy, a rock music event which happens almost spontaneously and brings joy and release to its participants. A tragic euphemism, one of many, for what Bloodworth experienced: piece-rate and soul-destroying would be more accurate.

He tells us all we need to know about work among ‘that now permanent class of people who live a fearful and tumultuous existence characterised by an almost total subservience to the whims of their employers’.

Nothing like attending a rock concert at all, he starts out as a modern British worker in Staffordshire, employed by Amazon. Recruited through the agency Transline, where he found a ‘relish for lording it over subordinates’, he joins ‘a long, undulating line of exhausted-looking men and women mostly from Eastern Europe . . . shuffling through security scanners as fast as the three guards could process them’.

Life with Amazon was close to forced labour. While Bloodworth was walking the miles of corridors in their Rugeley warehouse, even this former member of the Trotskyist group Alliance for Workers’ Liberty couldn’t help noticing the similarity between today’s gig economy and yesterday’s Soviet paradise. All around were admonishments ‘to workers to feel joyful at the prospect of struggle. Socialist realism had mutated into corporate uplift. In a Staffordshire warehouse the size of ten football pitches, feelgood slogans were plastered next to pictures of beaming workers. “We love coming to work and miss it when we are not here!” they announced.’

In Swansea, he easily got a job with the car insurance company Admiral. Working from one of the UK’s 5,000 call centres alongside many other graduates unable to get anything better in our low-skill economy, he had to persuade disaffected customers to stick with Admiral.

He sat from 8am until mind- and bum-numbing 5pm, with an hour for lunch and two 15-minute breaks, at one among hundreds of lightly partitioned desks, many decorated with ‘thought-terminating messages,’ such as ‘Dream it, live it, love it’ and ‘Love is All you Need’.

Employees had to join in ‘company ordained horseplay’ and communal singing, but he believed it when a trainer told him: ‘A very Big Brother eye is watching you at all times.’

In Blackpool he found getting a job as a care worker, recruited by Carewatch UK, ‘extraordinarily easy’. They employ 3,500 people but were always desperate for staff as the turnover is so rapid.

As the state withdraws from offering support, he says ‘carers’ are ‘treated like dirt – or as glorified cleaners,’ and old people are sold off to ‘the lowest bidder’.

He describes an almost impossible job where workers get to bed at 1am and have to start again at 6am, running continuously against the clock, trying to provide essential physical care in less than ten minutes. Sometimes they are the only people their clients see all day.

Drugs are given out incorrectly or not at all, and people are left without food. He notes that some migrant workers can’t read enough English to follow the instructions on how to cook the meals.

All Bloodworth’s jobs were zero-hours or non-existent contracts. Under the stress of meeting unrealistic targets, with no financial security, sometimes not paid for weeks, he found ‘any vitality new employees might possess falls away from them like an old coat’.

He vividly describes the structure of modern poverty, accurately locating it, not among the allegedly workshy, but in the lives of many ordinary, desperate people.

But he is strangely unengaged with the people he writes about, not describing any of the old people he looked after, or the colleagues or passengers he drove with Uber. Perhaps that would be too ‘tabloid’ for him. He edited the blog Left Foot Forward from 2013 until 2016.

His politics show in his detestation of landlords, ‘rapacious rentiers,’ contempt for the middle classes, who he seems to think have never had to work for anything, as if social mobility has never existed, and in his approval of open borders and mass migration.

He explores the poverty of foreign women at checkouts and the Romanians packing boxes for 30 hours one week and two the next but doesn’t consider the white English women who can never get jobs on checkouts or any low-paid jobs even if they do desperately want them.

The ‘gig’ economy he loathes surely relies on open borders and mass migration, but he refuses to make that connection.

His last chapter reveals the technical details of life as an Uber driver. He considers the effects of fatigue and rude, sometimes violent passengers but doesn’t mention the scandal of Uber drivers attacking women customers. He sticks instead to their valiant struggle for the minimum wage and holiday pay, backed by the GMB union.

He is no stylist. As in all his jobs he lacked good managers, as a writer he lacked an editor. He loads the page with excessive, often cumbersome similes, and solecisms such as ‘disinterest’ when he means ‘uninterest’. Amazon workers have ‘suppurating’ feet – which is unlikely. But the book is certainly worth reading: a description of our return to early 19th century working conditions, a horror story, but sadly there are no solutions offered.