NewsPaperthe art of publishing
HomeNewsHarry Benson: State dependency and debt are not in the public good
0

Harry Benson: State dependency and debt are not in the public good 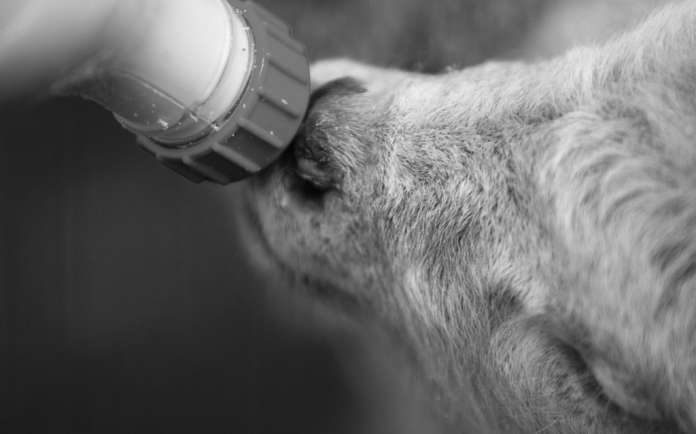 Yesterday was one of the hardest days of the year for me. I weaned my baby lambs.

For the last six or seven weeks, I’ve bottle fed them three times a day. All bar one were triplets. Sheep farmers prefer their ewes having only two lambs. So each year, I take on some of the extras from my neighbour.

This year I took eleven lambs. I get terribly attached to them. They’re easy to love for the eight months that I have them. Then it’s dark glasses day as I take them to the abattoir. If you like meat, that’s what happens.

The reason I’m writing about this is because lambs and sheep provide a constant source of analogies. I’m hardly the first to spot this.

For example, they know their masters voice; the shepherd drops everything when one goes missing; and so on.

I did that automatically two days ago when, for no good reason, one died in my arms. Losing a lamb that I’ve bottle fed for seven weeks is truly awful.

But when the time comes for weaning each year, I can’t help but think of the analogy with public spending and benefits cuts.

Yesterday morning I fed my lambs for the last time. When I went into the field with their bottles of milk, they all came running, bleating, and jumping up on my legs.

They were desperate for their feed. Within a few hours, they started bleating again. When they saw me next, they all came running, expecting their feed.

But there are no more feeds. Its grass and lamb pellets, known as ‘creep’, from now on.

Last night, and probably tonight as well, I have to endure their cries. It breaks my heart. But I know it’s for the best.

They will gradually get used to their new diet which will turn them into strong healthy lambs, ready for that fateful day in late October.

From now on, they will enjoy an idyllic summer in my field, safe, munching grass, wandering freely, enjoying the summer sun. They will still run to me. But they will no longer depend on me.

I know analogies can only stretch so far. But every time I hear of government cuts, I think of weaning. It feels heartless when some worthy initiative has its source of funding removed or reduced.

Understandably, there’s a great deal of bleating. If you’re used to being fed regularly from a particular source, government, then having that source cut off feels like a disaster. You feel helpless and you’re going to make a lot of noise.

Now I’m not going to defend all cuts. But I fear we remain far too dependent on government ‘milk’.

The very fact that we’re still running a huge national deficit, building an ever bigger burden of debt for our children to pay, suggests we need to do a lot more weaning.

So if government funding is the ‘milk’ in my analogy, what is the ‘grass’?

Well, in most cases, it’s the simple stuff of family, friends, neighbours, society. I’ve been terribly disappointed by David Cameron’s family and social policies. I think he’s missed a huge opportunity to turn the miserable tide of family breakdown.

But I have a great deal of sympathy for his idea of the ‘big society’. For me, the ‘grass’ in my analogy is the relationships and social capital that we build when we help one another.

I think part of the reason why society has become so fragmented is our very dependence on government ‘milk’.

If I know that my neighbour or my children or my family will be supported by the state, I needn’t worry about them quite as much.

I am no longer quite as obliged to help and support in the same way as I would decades ago before the welfare state. We still do far too much bottle feeding.

Today I can only hear bleating from my field. My lambs have yet to realise that there is a far better alternative to ‘milk’. It was important that I fed them. For a limited time.

Today it’s still all that they know. So they’re bereft. But tomorrow they’ll begin to realise that they’re better off doing what comes naturally to them, out in the field, eating grass.

Share
Facebook
Twitter
WhatsApp
Email
Previous articleLucy Dawe: Nigel, lay off drugs and stick to your booze and fags
Next articleLaura Perrins: where is the outrage against campus censorship?