Well said, Michaela – your humility will enrage the BBC sisterhood 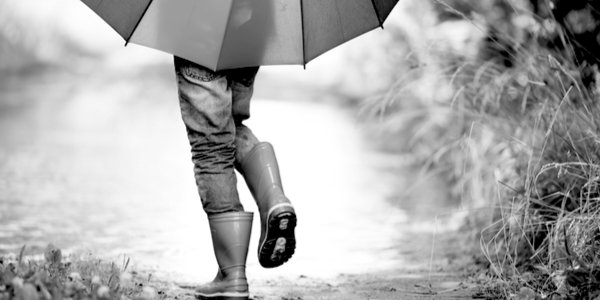 I turned on the telly

When I got home from school

You were there in your wellies

And a yellow cagoule

This inspired quatrain comes not from the latest set text for GCSE – though give it time – but is the opening to a ditty from 2007 by the band Scouting For Girls, the lyric of which goes on to lament how ‘Michaela Strachan, you broke my heart when I was twelve’.

This toe-tapping tribute to the one-time children’s TV presenter might be an example of what Roger Scruton had in mind when he spoke of pop music which ‘poisons the soul’; but regardless of Roger’s view of this musical homage, Ms Strachan is now worthy of a further paean.

The 52-year-old co-host of BBC’s Springwatch, which recently ended its latest run, has given an interview in which, extraordinarily for a woman employed on a BBC programme, she says: ‘I love doing it, I’m happy with what I get paid.’

A BBC woman who is content with her pay? Crikey. Furthermore, she is remarkably relaxed about the earnings of her co-presenter: ‘I’m absolutely not interested in what anybody else gets paid on Springwatch . . . if Chris [Packham] was paid more, and I don’t know if he is, I wouldn’t be upset because you cannot pay for his knowledge, it’s an extraordinary knowledge.’

Michaela Strachan was one of four women axed from the BBC’s Countryfile when in 2009 it moved to prime time on Sunday evenings. But whereas Miriam O’Reilly, then 53, successfully sued for age discrimination (but lost her claim for sex discrimination), even at the time Strachan was sanguine: ‘When I was first asked about ageism being an issue I had to laugh. I’ve struggled for so long being thought of as a children’s TV presenter and to go from that to the thought of being elbowed off for being too old, I just found it very funny.’

And in contrast to the rancorous O’Reilly, who seemingly felt entitled to a job for life and continues to haunt the Beeb, Strachan remained phlegmatic: ‘When programmes change, they change presenters, and as far as I’m concerned that is what is was all about . . . I just felt lucky to have been involved for as long as I had – for ten years.’

From a woman appearing on a BBC programme, this is startlingly unsophisticated thinking. Perhaps because she spends her time filming on location, rather than grumbling and scheming within the comforts of Broadcasting House, evidently Michaela Strachan has failed to keep up: not only do women at the Corporation now expect to remain in situ for as long as they damn well please, the BBC sisterhood demands parity with male colleagues regardless of respective experience, expertise, personality and popularity with viewers and listeners.

Instead of which, the naïve Strachan artlessly admits: ‘If I’m honest, what Chris brings to Springwatch in terms of knowledge is way more than I can bring . . . I’m not interested in what he earns from it – it’s none of my business.’

With unfashionable beliefs such as these, Michaela Strachan should not expect a platform on Radio 4’s Woman’s Hour any time soon.