We’re all turning into Howard Hughes 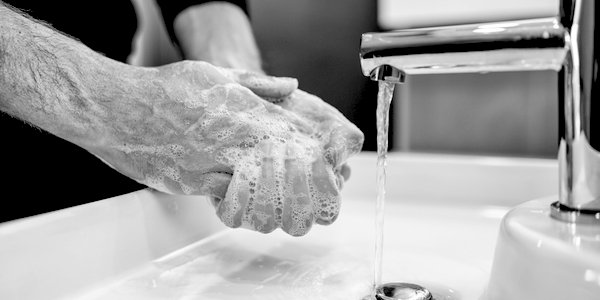 WE live in an age of hysteria in the West. A West which boasted of being enlightened has descended into essentially primitive, even animal, fear. I call it Social Hypochondria. We all have a tendency to hypochondria, fearing that some ache or pain is a life-threatening disease. The more we are able to access a Health Service, the more doctors have to try to deal with it. Sometimes it is easier for them to simply prescribe a medicine even if the patient is not ill. This reinforces the hypochondria, leading, in rare cases, to Howard Hughes syndrome.

Hughes was an entrepreneur and aircraft manufacturer in the USA during the 1930s and 1940s. His personal life became increasingly neurotic and bizarre. He suffered from extreme hypochondria, eventually fearing any human contact lest he become infected. His last days were spent in expensive total isolation in a penthouse in Houston, Texas.

Whole societies in the rich and comfortable West are succumbing to the condition. Every weather event becomes viewed as a symptom of apocalyptic disaster looming. The more it is taken seriously (often by people who should know better) the worse the condition gets until now we have nearly become like poor Howard Hughes.

The key to this primitive response lies in theinvisibility of the threat.  An invisible virus that strikes at random; invisible carbon dioxide (except to St Greta apparently) which is going to roast the planet. The dangers of ‘radiation’, again invisible but deadly. (A few years ago food manufacturers were using high energy ultraviolet to sterilise sachets of soup etc. But as soon as they put the word ‘irradiated’ on the package, sales slumped. The irony was that the very people who objected to this process were doubtless clutching their bottles of ‘spring water’, which, unbeknown to them, is also irradiated with UV to avoid the use of chlorine.)

Our primitive ancestors would regard these things as malevolent spirits to either be appeased or driven away by special rituals. In the case of many religions this would involve making a lot of noise, or in Chinese religion, letting off fireworks. ‘Clap for NHS workers’ every Thursday is an obvious expression of this primitive instinct – banging saucepans, clapping, making a lot of noise (‘pop’ music) etc. It’s about fear of the ‘evil spirit’ of the coronavirus as much as about hoping the NHS can protect us.

The hypochondria itself would be bad enough, but the social effect has been to create a new Phariseeism. It is not enough to feel ill yourself; now this must be imposed on others.

Thus the fear of invisible CO2 which is essential for all life on earth. Concentrations of CO2 in the past have been hundreds of times higher (yes, you read that right!) than they are today and the planet flourished. To call it a pollutant is just ignorance.

It is quite amazing that the developed world is terrified, it seems, of a little warming (if we do get any more – temperatures have fallen since 1998) and even more terrified of a slight rise in CO2. Warming is of net benefit to human beings: more crops (longer growing seasons), less water stress (more evaporation and therefore more rainfall), fewer deaths from cold (currently running at five times as many as die from heat-related illnesses). More CO2 is wholly beneficial.

Warming has also benefited animals which can be observed to spread further north (spreading south is not so easy as, of course, the southern hemisphere is predominantly ocean) without, it seems, displacing more northerly species. Polar bears are thriving now, except one group which is suffering through cold.

Extremely restrictive rules are placed on everyone: the current obsession with ‘carbon footprints’ would be laughable if it were not so tragic.

Jesus said: ‘And you experts in the law, woe to you, because you load people down with burdens they can hardly carry, and you yourselves will not lift one finger to help them.’ (Luke 11 v 46)

They are told they must not use their fossil fuels, but use ‘renewables’, solar and wind power. This is effectively to condemn them to not having electricity at all.

The West’s love affair with wind energy is perhaps one of the silliest things in the whole history of technology. It is crass stupidity to build forests of these bird slicers at huge cost to the taxpayer and the consumer, who is forced to pay the very high prices the power generated costs, then to pay to build another coal, gas or nuclear power station to be available as permanent and immediate backup, since wind works for less that 15 per cent of the time and seldom when peak demand requires it.  Why not just build the conventional power station? This would be far cheaper both to build and in cost to the consumer. It would do far less damage to the environment.

But it is far, far worse for the developing nations, particularly those in Africa, the least developed continent. Asia has, on the whole, had the very good sense not to play ball with this Western hypochondria. China is bringing four coal-fired power stations onstream every week, thanks to a sensible plan some years back to try and get electricity to as many people as possible.

The same should be happening in Africa. Africa has both coal and oil and should be using it for the good of its people, but Western governments and NGOs, green activists and Christian charities such as Christian Aid and TearFund, obsessed with greenhouse gas fears, are striving to prevent this happening. It is a sad state of affairs when Christians who raise money supposedly to help the destitute out of poverty are the very ones keeping them in it.

Those who are wise in this world can see the hypocrisy clearly. Michael Crichton, author of State of Fear, put the following remark in the mouth of one of his characters: ‘[Church leaders] promote the slogan “What would Jesus drive?” As if they have forgotten that what Jesus would drive is the false prophets and fearmongers out of the temple!’

This has been a trend since the green movement went through a sea change from being a genuine lobby group pressuring industry to clean up its act and to protect the environment (in which it was quite successful), to being a political activist group with strong neo-Marxist tendencies: green is the new red. Within it were those who, rather childishly, believed in a past period when humans ‘lived in harmony with nature’ and to which they wanted the human race to return.

Thus, for them, the developing world should not develop; it should remain in its ‘harmony with nature’ state. Industry is a curse, subsistence farming was ‘harmonious’ because it was ‘organic’.

None of these eco-warriors have any real experience of ‘living in harmony with nature’; if they had ever tried it (maybe during the lockdown?) they would quickly realise that there is no such experience to be had – that is if they survived long enough to tell the story. Most would be dead within a month.