We’re at a fork in the road to hell 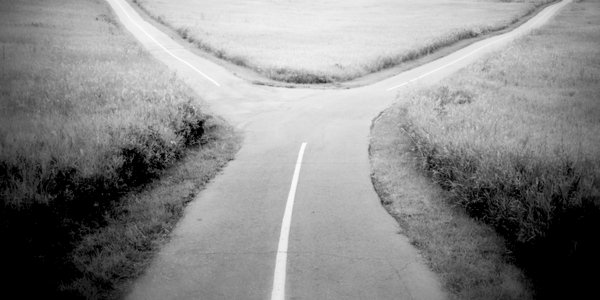 HOW extraordinary our politicians, senior police officials and media are. Since the stab murders last week of 17-year-old Yousef Makki in Hale Barns, Greater Manchester, and Jodie Chesney, 17, in Harold Hill, east London, they have suddenly become very exercised about knife crime. Some want more police hired; some say it will make no difference; some even call for the Army to be deployed.

The panic is odd. After all, knife crime has been out of control for a long time. Here’s a list of last year’s 132 murders and here is a bigger picture.

I hardly need say that all this big talk from the elite is as fake as a £3 note. What Home Secretary Sajid Javid wants is what the rest of our civil administration want: for the problem to die down a bit to where it was before those two tragic killings re-focused public attention on it. BBC reporters are already prefacing comments calling for more police with the qualification that any new force or strength in numbers will ‘only be for a time’.

The Establishment in this country has no intention nor expectation of solving the knife crime problem. It cannot have because it knows, or at least its more intelligent and cunning members know, that it is forbidden even to talk about the real causes of the problem, almost all of which have been caused by so-called progressive politics, to the ideas of which all main British political parties subscribe. To contradict received wisdom on crime is to commit a cardinal error, and you will be toast by the following lunchtime once Radio 4’s Today, BBC news generally, Channel Four News, columnists in the Independent, the Times, the Guardian and the pathological carping on social media have done with you. The Left have created a language of control that efficiently deals with dissent against its dogma. Anyone questioning the neo-Marxist interpretation of crime – that it is merely a question of poverty and a lack of state spending – will be traduced openly or in coded comments as a racist, a fascist, a Right-wing loony, a reactionary, swivel-eyed, unhelpful, stupid, backward-looking etc.

As regards backward-looking, you do not have to be that old to remember a time when this country did not have the problem of widespread child-on-child knife murders. Stab killings are at their highest since records began in 1946. Many on the Left subscribe to the Whig interpretation of history which maintains that everything is basically moving in an improving direction. Whigs, interpret the knife crime problem for me, please.

What are the real causes of violent crime? One quality national newspaper this week listed what it thought they were. It opined that the problem was caused by cuts to public services, county lines gangs, middle-class drug users, alcohol, high-harm and repeat offenders, social media and drill music, homelessness and school exclusions.

No doubt some of those are factors. However, there was no mention of the real causes, some of which are obviously implicated in the above list: widespread fatherlessness and the weakening of the traditional family as the prime building block of a civilisation; the undermining of adult authority; a society diseased by disrespect; policing weakened if not paralysed by cultural Marxism and long interference by politicians and radical lawyers; weak sentencing; a demoralised welfare culture; rapid social and cultural change brought about by massive immigration from cultures sometimes with values and attitudes at odds with our own; the core Judeo-Christian values of Britain turned upside down from school onwards.

I doubt whether you will hear anything more about any of that from our political and media class. It will take brave politicians to tackle those problems and the enormous and expensive civil membrane that perpetuates them. Not to mention the think-tanks and pressure groups who push for more legislation which exacerbates the above problems and obdurately resist honest discussion about them.

Cressida Dick, the Metropolitan police commissioner, never mentions political correctness without prefixing it with ‘so-called’. Ms Dick knows on which side her bread is buttered. The neo-Marxist dispensation of British life is working well for her, if not for others. This week, just days after the murder of Miss Chesney, she was spiffed up and attending the Remarkable Women Awards in central London, there to collect the Glass Ceiling prize for championing women in a male-dominated industry.

There are no awards for losing control of drugs and crime in a city; if there were, I suppose Ms Dick would be in line for one.

Her take on the problem was impeccably establishment Left-wing: ‘Middle-class drug users have blood on their hands.’

Let us pause and unpack that one. Last time I looked, the police were supposed to be fighting the importation, distribution and sale of cocaine, which is a Class A drug. The fact that it is clearly not being policed – both London and the UK have recently been called the cocaine capital of Europe – reflects rather badly on Ms Dick and, following her own logic, puts her, the London Mayor Sadiq Khan and former Home Secretary Theresa May (remember her? She told the police to scale back stop-and-search with disastrous consequences) in line for a measure of the blood-staining. Then there is the universal availability of super-strength cannabis, which has links to mental problems and violence.

The problem of fatherlessness: David Lammy, the Labour MP, raised this as far back as 2012 but as a rule these days our political class sees fit not to mention it. I note in the news story linked above that Sheldon Thomas, a former gang member and a government adviser on youth violence, said, my italics, many factors had contributed to the phenomenon, including teenage pregnancy being ‘at an all-time high’ and ‘The moral factors and the values of this country have completely changed significantly.’

It is telling that such an acute sentence comes from a former gang member. You will not hear such things from our leaders.

The media, dominated as it is by centre-Left journalists, has already decided what the real problem is: state spending on police or the lack of it. The panacea, or rather old chestnut, of burning a bit more of someone else’s money! In a country where people can control themselves you do not need vast armies of police. Underneath all the modish claptrap, these issues are ancient. Listen to Edmund Burke in 1791: ‘Men are qualified for civil liberty in exact proportion to their disposition to put moral chains upon their own appetites . . . Society cannot exist, unless a controlling power upon will and appetite be placed somewhere; and the less of it there is within, the more there must be without.’

It seems that we have come to yet another fork in the road in our fraying civilisation: take the route marked ‘honest but difficult’ or continue on the road to hell, with its deceptively easy terrain of mendacious PR and allegedly good intentions.