Were England’s footballers hamstrung by politics? 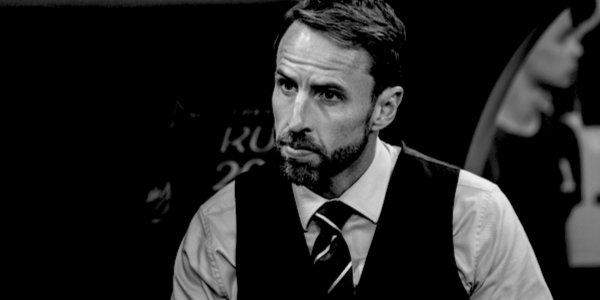 England football manager Gareth Southgate understood the importance of psychology in sport when he appointed Pippa Grange as the team psychologist. By all accounts she did an excellent job and the players seemed cool, calm and confident for the early matches.

But could she and Southgate have been prepared for the additional psychological pressures the players faced from the political fallout of the Novichok poisoning in Salisbury? Mrs May announced in March that there would be no attendance by ministers or members of the Royal Family at the World Cup in Russia.

Her unilateral declaration came as she announced the suspension of high-level bilateral ties between London and Moscow in the wake of the nerve agent attack which was blamed on the Russians.

The full impact of this was to be felt only when, quite unexpectedly, England made it through the early rounds to the quarter finals.

Psychology is important in all sports. It can be a game or a match changer. We have seen individuals and teams way down, then pull themselves back and win. Now England were doing just that.

Fans were so proud when they saw their team exhibiting stoicism, resilience and persistence in those initial matches. So little had been expected of them that, as they progressed, the surprise and the thrill spread round the whole country.

The government’s decision not to send official support had not mattered so much till then, but now it was thrown into stark relief. Of all the teams in the World Cup finals, England were the only ones not to have their government or even their football association rooting for them from the stands. The team’s problem was not so much that the government had criticised Russia but that it left them with almost no physical support at this critical moment – not just official representation, but a dearth of supporters who, nominally for safety reasons, had been actively discouraged from travelling to Russia.

Was there no one in government who understood the importance of psychology in sport? Who could see that they’d be sending the England team into battle with this psychological disadvantage? Just compare and contrast the fuss made over Team GB at the Olympics.

What stood out about the England team was how close they came to glory. Might proper support have made all the psychological difference and closed that critical gap in their performance? With a bit more confidence and higher morale, might they have had the edge to pull through? Many thought they had the capability to do so.

Without doubt after the Sweden win the pressure was on them; expectations were raised and the atmosphere had changed. Looking at it from the vantage point of the team, what were they to make of the contrast between the verbal support coming through on their iPhones and the empty official boxes? It was a confusing and mixed message and hardly one to increase motivation, morale or confidence.

However well-meaning, the supportive tweets of Prince William would have reminded the players that he was not there in person. As President of the English Football Association, what was the point of him holding that position if he couldn’t even come and watch them?

For exactly what this young football team deserved was a young team of Royal supporters – Wills, Kate, Harry and Meghan. What that would have meant to them we can only imagine.

The England team must have noticed the glamorous blonde President of Croatia in the dignitaries’ box cheering her side on at almost every match, including the final when she proudly wore the team’s red and white checked shirt. It was generally recognised that she boosted the morale of the Croatian team and inspired their many supporters.

Did England do worse because they felt they had been dumped by the politicians back in England? We will never know. Or whether this was the price paid for Mrs May and her government advisers’ cavalier action.

It is invariably a mistake to bring politics into sport. Taking action on the political front (for example as Mrs May did in expelling the Russian diplomats) is one thing but it is quite another to bring a national sports team into it. And another again to bring the Royals into it – in this case putting Prince William and Prince Harry on the spot.

Given Theresa May’s numerous about-turns and back-tracks on policies, not least on Brexit, could she not have changed her mind on allowing the Royals to attend?

Countries such as France, who supported the UK government stance on the post-Novichok expulsion of Russian diplomats, did not take it out on their teams. In fact Monsieur Macron was more than happy to be seen sitting next to Mr Putin, adding further insult to injury. But Mrs May had to make this spurious statement of strength.

No one knows better than Prince Harry that sport is a great healer, unifier and bridge-builder. Next time he and his brother should heed that knowledge and resist being used as pawns in politicians’ games.