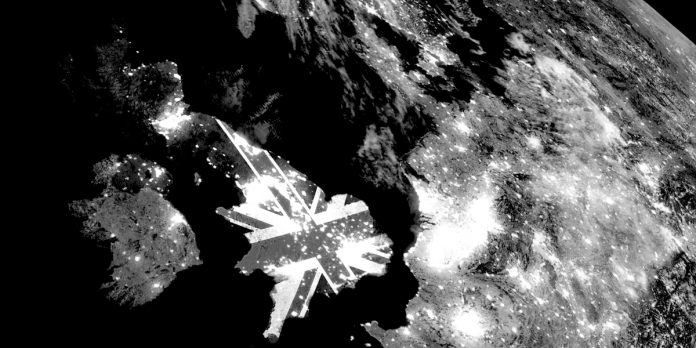 I USED to wander through life with a benign view of most people, even liars, excusing them on the grounds that their lying revealed more about their fears and inadequacies than anything else.

However since the emergence of Covid, I have developed severe antibodies to lies and liars; all my erstwhile charity gone and replaced by loathing and a frothing anger.

What’s changed? Well, it’s the ubiquity of the lies and the brazen arrogance of the liars. Corruption and mendacity are daily occurrences in our failing state – bright-faced media quislings lie, our treasonous leaders lie, scientists, educators and doctors lie. Like poison gas from an open sewer, their dissembling seeps inexorably into our consciousness.

Our entire political system is shown up for the sham that it is: democracy smothered by a cabal of globalists with money and power, intent on imposing their authoritarian vision of the future. We see their mercenaries passing themselves off as representatives of the people; cuckoos forcing compliance and misery on those simply looking to live free from oppression and want.

It’s truly a strain to keep up with all the lies – they come so thick and fast. BLM, carbon neutral, Nato peacekeeping, monkeypox, Partygate. There is the current nonsense that our economic malaise is a supply chain issue courtesy of Putin, not the outcome of feckless policy decisions and the printing of money to finance lockdowns.

There is, too, the almost universal denial of biological truth and the attempt to crush women as a distinct sex; the ‘transgender’ mutilation of children on the altar of gender affirmation and their entrapment by the medico-pharmacological enterprise for the rest of their very likely unhappy lives.

We watch the pornographisation of everyday life, the rationalisation of prostitution as ‘sex work’ and debauchery creeping into all media, even the story times of nursery children. Parents who complain are vilified as bigots and dinosaurs.

Then there are our porous borders: Migrationwatch https://www.migrationwatchuk.org/details the illegal inflow of predominantly young men, none fleeing directly from persecution. Anyone who does not welcome them is xenophobic.

The lies of the Climate Emergency faction and the Net Zero racketeers are preventing us from harvesting the natural resources we have, weakening our capacity to power our infrastructure and driving up manufacturing costs, fuel for our cars, and heat and light in our homes.

In Bristol, police fail to apprehend climate ‘activists’ letting car tyres down, saying they don’t know what crime has been committed. Let me tell them – vandalism, criminal damage, and potential breach of the peace.

Sitting atop this tangled web of deceit is the biggest lie . . . Covid, the ‘naturally-occurring virus’ that jumped from bats to humans, courtesy of a ‘wet market’ in Wuhan. Well, of course it did. Prompted by the dishonest World Health Organisation, governments, with few notable exceptions, such as Sweden, abandoned their public health plans and locked down their populations.

We were told ‘No one is safe until everyone is safe.’ Were there any existing treatments? No. But what about hydroxychloroquine and Ivermectin – cheap, proven therapeutics? They were denied us because they had one fatal flaw: their use would stop Big Pharma’s profitable vaccine juggernaut in its tracks.

Lie followed lie. We were all at equal risk of dying, so vaccinating the entire world was our only hope; laboratories used PCR tests guaranteed to produce mainly false positives.

Even the dead were assailed by lies. Anyone who had tested positive for Covid before dying, or had been in contact with a Covid patient within several weeks of their death, was classified as having died of Covid. This delivered an explosion of false data, heightening fear, improving compliance.

The fake data were used to prop up the most corrupt criminal enterprise ever to operate in public – governments financing and permitting ‘emergency use’ of new Pharma products. They even indemnified the producers, not the public, from product harm – using public money.

The joint venture declared the ‘vaccines’ to be ‘safe and effective’ which turns out patently and demonstrably not to be true.

As I write, politicians, ‘Public Health’ apparatchiks and kapos of the NHS continue to promote the WHO COVAX programme, an exercise in intimidation and coercion that breaches all ten Nuremberg Codes on medical experimentation. There is no ‘informed consent’.

In Britain, the blame for the culture of lies is squarely with an incestuous, elitist political cadre that shows nothing but contempt for our hard-won freedoms. No political party appears willing to pull us out of the mire crafted by the globalist criminals who make up the United Nations, the World Economic Forum and the WHO.

Our Prime Minister, weak, lazy and of questionable ethics, has gathered about him a cluster of inept sycophants as habituated as he is to lying. In the US, President Joe Biden is non compos mentis.

So will we ever stop being bombarded by lies? Jonathan Swift put it this way: ‘Falsehood flies and truth comes limping after it.’ Sad to say, truth is showing no signs of catching up at the moment.