NewsPaperthe art of publishing
HomeNewsWet, Woke archbishop completes the march through the institutions
0

Wet, Woke archbishop completes the march through the institutions

IT was just over 50 years ago that the leader of the radical German Student Movement, Rudi Dutschke (aka ‘Red Rudi’) called for a ‘long march through the institutions’ to realise the ideal of what has become known as cultural Marxism. This was the brainchild of the Italian neo-Marxist Antonio Gramsci, whose key idea was that of ‘hegemony’, the process whereby a dominant class could exert and maintain its influence over people through non-coercive means, such as schools, the media and marketing. The aim is to get people to think and especially feel for themselves that certain values and practices, such as same-sex marriage, are ‘obvious’, ‘common sense’, ‘fair’ or even ‘natural’. Whereas Marx spoke of the ‘commanding heights’ of the economy, Gramsci’s vision was to undermine and eventually take over the ‘commanding heights of culture’. One of the main cultural heights in the UK is the Church of England. And it would seem that with the appointment of Stephen Cottrell as the 98th Archbishop of York, the long march in this institution is more or less over: the progressives have their man in place.

Cottrell combines the worst of two theological worlds, the authoritarianism of Catholicism and the subjectivism of Liberalism.

In his presidential address to the Diocesan Synod of Chelmsford in March 2017, he began by reminding his audience that he was their ‘Father in God’ and ‘all clergy and licensed ministers make an oath of canonical obedience to me, regardless of disagreement on some issues’. This is the Catholic authoritarian speaking, softening up his hearers to make them more pliable to receive the progressive views he then goes on to espouse regarding homosexuality and same-sex marriage. To the innocent onlooker this seems remarkably reminiscent of the kind of language used by spiritual abusers, whether intended or not.

The poison of the subjectivity of Liberalism is also evident: ‘I want people to fall in love with the Christian faith. For me, being a Christian is not giving intellectual assent to a number of abstract propositions [is it for anyone?]. I feel that on the journey of my life I met Christ, and it was beautiful. His vision of what humanity is supposed to be like is a beautiful vision, and the beauty of that vision in music and art and literature . . . are the ways that we will connect with a lot of our culture.’[1] This could have come straight from the father of modern liberalism, Friedrich Schleiermacher, who in his book On Religion argued that religion is pure feeling which can exist without ‘miracle, inspiration, revelation, supernatural intimations’. This is not to say that for Cottrell ‘the Gospel’ as he sees it doesn’t have content, it does: ‘it is about what it means to be made in the image of God and of the new humanity God has won for us.’[2] This is hardly the Gospel of the apostles (e.g. 1 Cor. 15:1-8) for, as with Jayne Ozanne, that from which we need saving is notably absent, namely sin, the belief that we are corrupted by the spiritual and moral virus which infects everything, including our ‘sexuality’. As is often the case ‘theology’ is reduced to ‘anthropology’, or in the words of Karl Barth, we end up ‘talking about man in a loud voice’.

One of the main life-and-death issues the early Christians had to face was who was to be Lord: Christ or Caesar? The underlying challenge still exists but cast in slightly different terms. The anti-God challenge for us today is, ‘who is to be Lord: Christ or culture?’ For Cottrell the answer appears to be culture, ‘neither can we ignore the culture in which we are set where same-sex relationships and same-sex marriage are not only considered normal, but positively taught and encouraged in many homes and schools as a social good . . . it would be particularly foolish for us to ignore the missiological damage that is done when that which is held to be morally normative and desirable by much of society and by what seems to be a significant number of Anglican Christian people in this country, is deemed morally unacceptable by the Church. As I have said before, I am not sure the church has ever before had to face the challenge of being seen as immoral by the culture in which it is set.’[3] No one is arguing that culture should be ignored, but what Cottrell seems to be proposing is that culture should be King when it comes to questions of behaviour. This is not responding to the missiological challenge but wholesale surrender. Neither is it the case that the church has never been thought of as immoral by the culture in which it finds itself. Augustine’s ‘City of God’ was in part a response to the accusation that Christianity was responsible for the downfall of Rome; what could be more immoral than that? The Confessing church in Nazi Germany was certainly considered to be ‘immoral’ by the cultural regime of its day, not least for its positive attitude towards the Jews. It was the Reichskerk which heeded the Nazi culture’s ‘morality.’ It is only when Christ is acknowledged as Lord that the church is free to challenge culture rather than, as in the case of the progressives like Cottrell, simply echo culture.

The Gramscian strategy has been applied well by gay activists, Marshall Kirk and Hunter Madsen. With the Christian church in mind they write, ‘Gays can use talk to muddy the moral waters, that is, to undercut the rationalizations that ‘justify’ religious bigotry and to jam some of its psychic rewards.’ And to ‘portray such institutions as antiquated backwaters, badly out of step with the times and with the latest findings of psychology.’[4] Such ‘talk’ pervades the whole of Cottrell’s synod address. After affirming those in same-sex relationships he says, ‘our ambivalence and opposition to faithful and permanent same-sex relationships can legitimise homophobia in others.’[5] If even to voice opposition to same-sex relationships could legitimise homophobia, what are we to conclude? Presumably that such ‘opposition’ and ‘ambivalence’ should have no place in the church or, if it does, it should be rather muted. Furthermore, according to Cottrell, while biblical passages on this subject ‘can’t be ignored’, those texts are to be looked at again in the light of what we now know about human sexuality to ‘see what those texts are saying to our situation’. In other words, we need to show they are ‘out of step with the times and latest findings of psychology’.

Marcuse of the Frankfurt School argued against the tolerance of liberal societies which he dubbed ‘repressive tolerance’. In its place he suggested a new tolerance which was positively tolerant of those ‘victims’ of such a society but intolerant of those considered to be responsible for their plight. We find something like this at work with Cottrell. ‘[The Church of England] seeks to welcome all people, including therefore LGBTI+ people, including people in civil partnerships and same-sex marriages. I deeply regret a situation where anybody because of their sexuality feels excluded or alienated or hurt in the way that I know some people are.’[6] Does the Church of England seek to welcome ‘all people’ in this no-strings-attached- let’s-all-get-on-together-in-a-Kumbaya kind of way? I am reminded of the remarks of the feminist Camille Paglia in her essay responding to the Presbyterian Church of the USA’s report in Human Sexuality which advocated learning from the marginalised and allowing them into the centre. ‘We can move tender, safe, clean, hand-holding gays and lesbians to the center – but not, of course, pederasts, prostitutes, strippers, pornographers, or sadomasochists.’[7]

But what of those who will not ‘get with’ the progressive programme of the Prelate?

Simple – they can leave.

The Church of England saw fit to issue a denial that Cottrell had ever suggested such a thing (which he himself also denied in his Ad Clerum to those in Chelmsford Diocese over the claims of John Parker that that is exactly what he said)[8]. Furthermore, a number of evangelical clergy in the Diocese confirmed Parker’s testimony, ‘The truth is that Stephen Cottrell has, on more than one occasion, told clergy . . . that if we disagree with the approach the Diocese is taking on matters of human sexuality we should follow our consciences and leave. There were more than thirty clergy at one of the meetings.’ His Grace is coming to Yorkshire, so as a Yorkshireman would bluntly put it, ‘Someone is lying.’ Is it Cottrell or the evangelical clergy? If it was one clergyman perhaps we could allow room for someone being ‘economical with the truth’ or ‘misspeaking’, but this many?! No wonder the C of E publicity machine moved with such alacrity. Just as ‘the Party cannot be wrong’, perhaps Bishops can’t be wrong either. The neo-Marxist Gyorgy Lukacs was fond of quoting the German philosopher Fichte, ‘If theory conflicts with the facts, so much the worse for the facts’.

This appointment marks a tragic day for Christian orthodoxy and the moral and spiritual regeneration our country desperately needs. The track record so far is that Cottrell is not a defender of the Faith but a surrenderer of the Faith. Cottrell raised the question, ‘Do we really feel safe with Donald Trump’s finger on the [nuclear] button (presumably because he is not considered trustworthy)?’ Perhaps a similar question could be raised with regard to the new Archbishop: can he be trusted at all?

[4] Marshall Kirk and Hunter Johnson, After the Ball: How America Will Conquer Its Fear and Hatred of Gays in the 90s (Plume Books, 1989). 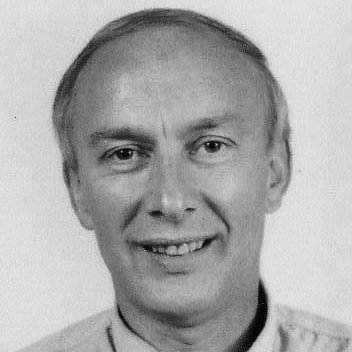