We’ve a moral obligation not to let in Calais migrants

The ‘Sandhurst Treaty’ signed between Britain and France last week not only pledged to increase military co-operation between our two countries, it also committed Britain to take in more ‘child refugees’ who currently find themselves on the French side of the Channel. This was seized upon by cosmopolitan politicians and commentators as an opportunity to virtue-signal their support for Calais migrants, and to claim that Britain has a ‘moral obligation’ to admit people seeking illegal entry to the UK from Northern France.

The reality is that the exact opposite is true: we have a moral obligation not to accept individuals from Calais. Leftist open-door policies do nothing but produce death and misery. If the Left really wanted to make people’s lives better, they would discourage them from running the migrant gauntlet and instead campaign for freer trade.

While many Conservatives will no doubt admire the ingenuity and resourcefulness of those seeking to make a better life for themselves by finding work in Britain, we understand that decisions have consequences, and that helping people at an individual level can often create perverse incentives at the national and international levels. Admitting migrants from France creates perverse incentives and ‘moral hazard’ in a number of different ways.

It encourages African parents to send their ‘children’ (who frequently turn out to be adults) to Britain in the hope that the whole family may be granted residency. This facilitates an entire criminal enterprise of gangsters and people smugglers who make millions from sending people to their deaths in rickety, unseaworthy vessels. We have a moral obligation to prevent these journeys taking place, not to encourage them.

When Germany opened its borders and admitted more than a million immigrants in 2015, hundreds of thousands more were emboldened to make the same perilous expedition, costing the lives of thousands of innocent people. We have to ensure the individuals we admit to this country come through safe, legal channels to stop these risks being taken.

The reason people are able to make these voyages at all is entirely due to the EU and its failure to prevent illegal crossings from Turkey and North Africa. Taking migrants from France would reduce pressure on the EU to address the problem at source. Only the EU can prevent the tragedy of thousands needlessly losing their lives every year. Sending the survivors to Britain gives them another excuse to continue to ignore the issue.

By admitting Calais migrants, we essentially ask would-be immigrants to run a death-defying obstacle course which only the fittest and wealthiest could possibly hope to complete. Not only is this fundamentally unjust, it also means those left behind are in an even worse position as the world’s poorest countries become bereft of their most economically active citizens. The Third World will never lift itself out of poverty if its best and brightest are allowed to flood into Europe.

Immigration into Britain also impacts the least well-off in this country far more than it affects the champagne socialists petitioning for their entry. The Bank of England found in 2015 that a 10 per cent increase in the proportion of foreign-born workers in lower-paid jobs created an average 2 per cent fall in take-home pay.

Moreover, a recent study also found that our huge immigration numbers have fuelled a 23 per cent rise in rent prices. This has made it almost impossible for people on low incomes to save to buy a home. Figures show that 33 per cent of all renters in the UK are now foreign-born. The ‘housing crisis’ therefore may just as accurately be termed the ‘immigration crisis’.

If the Left really wanted to help the foreign poor, and the poor of this country, they would campaign to end the current ethically bankrupt system of immigration – which helps the few, not the many – and campaign instead for free trade. Rather than trying to overturn the EU referendum result, they should be fighting to leave the EU customs union which prevents poor countries exporting to Britain while artificially increasing the cost of clothes, food and footwear for the disadvantaged in this country by around 8 per cent.

But of course, the Left aren’t actually interested in helping the poor. They just want to make themselves feel morally superior to everyone else.

Share
Facebook
Twitter
WhatsApp
Email
Previous articleApologising for the L’Oreal hijab model fiasco is not enough. The damage is done
Next articleInto battle over the gender pay gap myth 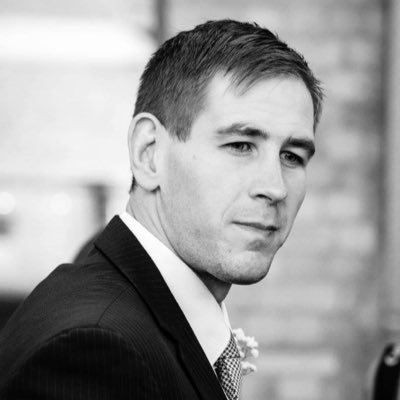