NewsPaperthe art of publishing
HomeNewsWhat aren’t we being told about petulant Nazanin’s release by Iran?
545

What aren’t we being told about petulant Nazanin’s release by Iran? 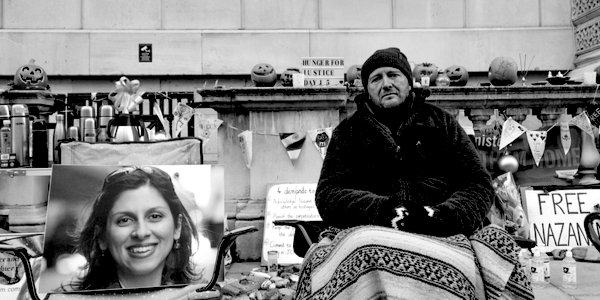 IT’S great news for Nazanin Zaghari-Ratcliffe and her family that she is no longer in prison in Iran and has been reunited with her husband and daughter on British soil.

I am also the first to acknowledge that, never having been in prison anywhere, let alone in Iran, I have no idea what toll incarceration might take on somebody’s mind. But am I the only person to have bristled at Mrs Zaghari-Ratcliffe’s outspoken attack on the Government yesterday?

During the first press conference she’s given since her release, her husband Richard offered thanks to our government for ‘getting Nazanin home’. To this, Mrs Zaghari-Ratcliffe said she should have been released long ago.

‘The journey back was tough,’ she told the press conference. ‘I grant what Richard said about the Foreign Secretary, but I don’t really agree with him on that level. I have seen five Foreign Secretaries over the course of six years. That is unprecedented given the politics of the UK.

‘I love you Richard, I respect what you believe. But I was told many many times, “Oh, we are going to get you home”. That never happened. So there was a time when I thought: “You know what, I’m never going to trust you”, because I’ve been told many, many times that I’m going to be taken home. But that never happened.

‘How many Foreign Secretaries is it going to take for someone to get out? Five? It should have been one of them eventually.

‘So now, here we are. What happened now should have happened six years ago. It shouldn’t have taken six years. And I think we have gone through a lot, it has been a tough journey.’

First, some facts. Mrs Zaghari-Ratcliffe was born in Iran. She lived there until she was 28, during which time she was employed by the World Health Organisation, the International Federation of the Red Cross and Red Crescent Societies, and the Japan International Co-operation Agency.

She moved to the UK in 2007 to undertake a Master’s degree at London Metropolitan University. Having completed her degree, she worked for various British charities in London, including the Centre for Public Innovation, BBC Media Action and the Thomson Reuters Foundation (TRF).

A legal opinion prepared in 2017 by Professor John Dugard and Tatyana Eatwell, of Doughty Street Chambers, and Alison Macdonald QC, of Matrix Chambers, claimed that her work for the TRF involved ‘managing journalism training abroad (not in Iran); managing TRF’s partnership with the Westminster Foundation for Democracy and other members of the Westminster Consortium, including the Department for International Development and the Foreign and Commonwealth Office (FCO), on a project aimed at strengthening the parliaments of other States, at those States’ invitation.

‘Such States included Lebanon; fundraising for and managing FCO-funded projects in Morocco, Jordan and the Turks and Caicos Islands.’

Mrs Zaghari-Ratcliffe is clearly very bright, ambitious and well-connected. She met her husband, Richard Ratcliffe, in November 2007. They got engaged in June 2009 and married at Winchester Register Office in August 2009.

She became a British citizen in March 2013, though she remains a citizen of Iran. She would make regular trips to Iran to visit her parents. During one such trip, on April 3, 2016, she was arrested and detained by the Revolutionary Guard at Tehran airport on security grounds.

Iran does not recognise anybody with dual nationality – a fact Mrs Zaghari-Ratcliffe knew, because she entered the country of her birth using her Iranian passport, in keeping with Iranian law.

Presumably she knew the risk she was taking by going there. She also knew her status immediately made Britain’s negotiating position extremely challenging: Whatever the rights and wrongs of the case, the British government, which has not enjoyed strong relations with Iran in recent years, was in no position to dictate terms to Iran over the release of a person whom the Iranian regime considered to be one of its own.

I am surprised that Mrs Zaghari-Ratcliffe did not acknowledge this more clearly yesterday. She has spent most of her life in Iran, after all, rather than in Britain.

After much lobbying at an official level, Mrs Zaghari-Ratcliffe was released after Britain agreed to repay a £400million debt for some tanks which were ordered by the Iranians in the 1970s but never delivered by the British.

This is considered by some politicians to have been a bad move. For example, President Trump’s former Secretary of State, Mike Pompeo, has called the debt repayment ‘blood money’.

He has also claimed that these funds will be used to ‘terrorise Israel, UK and (the) US’, adding: ‘Sadly, Iran, w/Russia & China, is rolling the West. Appeasement feels good until it fails – it always does.’

Who is to say Pompeo is wrong? Only time will tell, but paying ‘blood money’ is not historically the British way. Yet an exception appears to have been made for Mrs Zaghari-Ratcliffe.

Again, I would have expected some sort of acknowledgment on her part at this vast sum of money being handed to the Iranians.

Furthermore, let’s not forget that although another British-Iranian hostage – Anoosheh Ashoori – was released with Mrs Zaghari-Ratcliffe, a third hostage was not. He is a businessman called Morad Tahbaz, who has US-UK-Iranian citizenship and who is still being held in Iran on charges of spying for America.

One might have expected Mrs Zaghari-Ratcliffe to have been a little more circumspect in her language in recognition of Mr Tahbaz’s plight – and the others of all nations who are still holed up there (some in appalling circumstances).

Lastly, I am struck by how well Mrs Zaghari-Ratcliffe looks. Indeed, while her husband appears pale and drained, she seems on the surface to be in pretty good health, perfectly strong and capable. This is to be welcomed, of course, but the contrast between her and her husband is noteworthy nonetheless.

This episode sits uneasily with me. Something about it is not right. Certainly, it seems that we British are not being told something about this case, even while that £400million debt is repaid via public funds.

I am certain that we will never learn the full truth of this matter and that no amount of inquiry by the Foreign Affairs select committee will bring us the truth.

All I do know is that in years gone by, other hostages have been freed under very different circumstances and have not complained publicly about why it took so long within days of returning to Britain.

Indeed, I know someone who was imprisoned by a dictatorship on trumped-up charges in the 1980s and held for longer than Mrs Zaghari-Ratcliffe was. When he was eventually released, he never said a word against the British government. He was just glad to be home.