What Black History Month should be teaching our children 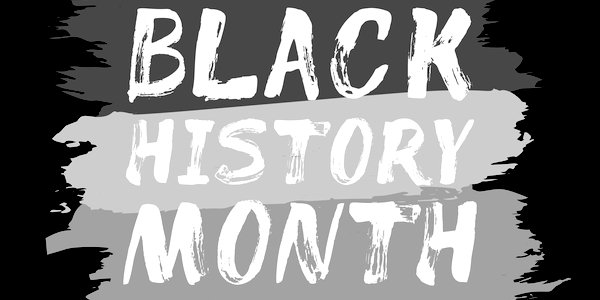 THIS is Black History Month. The initiative started in the United States at Kent State University, Ohio, in 1970. It reached the UK in 1987 when it was first observed in London. Today, it has a prominent position in our national cultural diversity calendar. The official website carries impassioned messages of support from political party leaders.

Schools, in particular, have committed themselves to the celebration. Not that every proponent of Black History is entirely happy with the only-one-month-in-twelve allocation. Norwegian-born Guardian columnist Afua Hirsch argues with persuasive logic: ‘Why should the focus on black figures of historical significance be confined to one month of the year? If they are important, they should be entered into the mainstream of the rest of the curriculum and, outside school, into cultural events. If they aren’t significant, then there is no greater justification for focusing on them in October than there is at any other time of the year.’

For Hirsch, Black History Month constitutes a form of historical segregation. She has a point but not, necessarily, the one she wishes to make.

History is dishonest and distorted if it is filtered through these lenses of political correctness or, indeed, through any other lens. Abundant filters have been applied to the past, of course – Tudor, Whig, Tory, Marxist, Liberal and so on. PC history provides a new distorting mirror.

Black History should, nevertheless, be taught in our schools and universities. Arguably, we need more of it, but it does not merit special or privileged status.

The presence of Africans in Rome’s army of occupation and enslavement of Britain certainly needs to be known about, as does the story of genocide-promoting African Emperor, Septimius Severus, who died in York. Contrary to any pursuit of historical truth, it is rarely if ever taught in these terms.

Schools should respect the truth that for over a thousand years following imperial rule from Rome – the Middle Ages – Africans had little if any role to play in British history. They should not dilute the history of the Anglo-Saxons, the Vikings and the Normans to try to win approval from the Black History lobby. Nor should we ever contemplate ditching the Reformation, the Civil War or the Glorious Revolution to accommodate the presence of some Africans in Britain during the early modern period.

The African-Caribbean dimension becomes increasingly significant for British history in modern times and so, of course, needs to be taught. This should, though, include some unpalatable truths surrounding the racist, imperialistic and jingoistic views of Jamaican ‘nurse’ and ‘greatest black Briton’ Mary Seacole, who put her life on the line in support of the British Empire during the Crimean War.

The history of other racial groups and other parts of the world have an equal claim on curriculum time. An important lesson from the past that children need to learn is that people have similar characteristics, regardless of their racial background.

Slavery, for example, was widespread in Africa and in central America, including the Caribbean area, before the Europeans turned up. Nor was human sacrifice unusual in those parts of the world. The Aztecs, for example, practised it on a large scale.

In the historical kingdom of Benin, too, part of modern-day Nigeria, human sacrifice was a component of the state religion until stamped out by the British in the late 19th century, just as the Sati or suttee – widow burning – was suppressed by the British in India.

Older children, at least, need to understand that across history ‘wickedness’ has not been confined to the deeds of the white Caucasian race. Nor is imperial conquest a peculiarly Caucasian practice. Pre-colonial Africa, Asia and America had their fair share of empires and empire building.

If children are allowed to scratch the surface of Black History, they will find that what racial groups have in common outweighs their differences.

In October 2018 the Royal Historical Society published a report entitled: ‘Race, Ethnicity & Equality in UK History’. It was supportive of calls for greater diversity in the curriculum. It noted, however, that what amounts to a non-stop force-feeding of slavery and deprivation was putting black children off history. The ‘seemingly relentless focus’ on the exploitation and abolition of slavery can be ‘intellectually limiting and, at times, alienating’ for black pupils, it concluded.

Black History month needs to concern itself with more than the transatlantic slave trade and its abolition. Here are three other Black History topics that, in my opinion, all children should learn about:

1 The defeat of Hitler’s German/Aryan master-race theory by Jesse Owens at the 1936 Olympic Games in Berlin.

2 Nelson Mandela’s donning of the South African Springbok rugby shirt – the symbol of white supremacy and apartheid – at the 1995 Rugby World Cup Final in Johannesburg.

3 The image of Patrick Hutchinson, a black man, carrying a white man to safety during the first Black Lives Matter protest in London in June 2020.

They are there to be argued over. That, after all, is what history should be about.