NewsPaperthe art of publishing
HomeBrexit WatchWhat do they really hate about Tony Abbott? His manliness
0

What do they really hate about Tony Abbott? His manliness 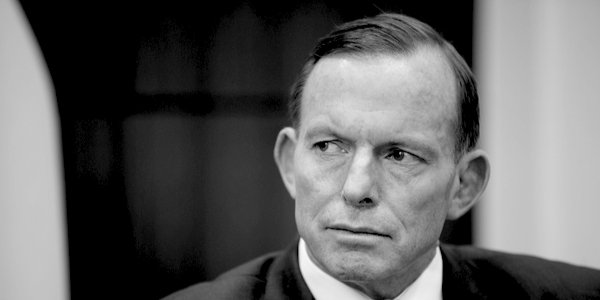 THE attacks on new UK trade envoy Tony Abbott, in Britain and Australia, illustrate how hypocritical and two-faced cultural-Left activists are and how reality and facts quickly give way to mindless hysteria and cancel-culture groupthink.

Examples include UK Labour MP Emily Thornberry, as Gary Oliver pointed out in TCW on Saturday, and the Guardian Australia’s Van Badham, who both condemn the former Australian Prime Minister for allegedly being misogynist, homophobic and racist.

To prove Abbott is a misogynist, critics often refer to the incident where the then opposition leader looked at his watch while Julia Gillard as Prime Minister was giving a tedious and lengthy parliamentary speech about misogyny. It was obviously a cue to wind up.

Never mentioned is the incident where Julia Gillard described a Liberal MP as a ‘mincing poodle’, implying he lacked masculinity and was somehow effete. Instead of being criticised as homophobic, she was applauded by the Left-leaning commentariat and the sisterhood for being politically astute and witty.

Even worse, while Abbott is attacked for opposing legislation to allow same-sex marriage, ignored is that Gillard when Prime Minister in 2012 voted against changing the law to allow gays and lesbians to marry. Gillard is also on the record arguing the Bible should be taught in all Australian schools, something her Christophobic supporters conveniently ignore.

Given Abbott’s friendship and support when an Australian military officer transitioned to become Catherine McGregor, he is far from being homophobic or transphobic. As argued by Abbott’s sister Christine Forster (herself a lesbian): ‘It is nothing short of dishonesty for commentators and politicians who do not know Tony to label him a homophobe and a misogynist for the purpose of scoring cheap political points.’

It is true that at an election rally where Abbott spoke, a demonstrator was standing behind him holding a poster stating in relation to Gillard ‘Ditch the Witch’. Not only is it possible that Abbott never saw the sign, but when Margaret Thatcher died many of those now condemning Abbott were happy to sing ‘Ding, dong, the witch is dead’.

It is ironic that instead of being guilty of unfairly discriminating against others, Abbott is the one consistently targeted. During his long parliamentary career, given his Catholic faith and his time as a seminarian, he was often abused as ‘the mad monk’.

His opposition to euthanasia and abortion on demand also made him an easy target for radical secularists intent on banishing religious faith and morals from the public square and when deciding public policy.

The most egregious example of Abbott-phobia relates to a political advertisement funded by the Left-activist group GetUp. The video depicts Abbott as a life-saver refusing to save a drowning man – supposedly to make the point that Abbott’s views about global warming and rising oceans will cause widespread death.

Given that Abbott for many years has been a volunteer firefighter and surf life-saver it’s understandable why radical feminists and cultural-Left fellow travellers love to hate and vilify him.

The reason he is such a prime target is not because he is sexist, racist or homophobic – clearly he is not. While never admitted by his detractors, the real reason is because Abbott’s demeanour, lifestyle and beliefs represent what the American Jordan Black describes as ‘virtuous masculinity’.

To rabid feminists and LGBTIQ+ activists, Abbott’s persona and manner are guaranteed to cause apoplexy. His history as an Oxford undergraduate awarded a boxing blue, his pugilistic debating style and his volunteering to save lives add to a view of manliness and masculinity now derided and ridiculed as politically incorrect and beyond the pale.

It’s no accident that school programmes across Australia such as ‘Respectful Relationships’ and ‘Safe Schools’ always present men as violent and misogynist. The radical feminists have captured the curriculum and masculinity, instead of being a positive, is always seen as a negative.

Add Abbott’s conservative views on contemporary social issues, his affinity with the UK and the Anglosphere and his strong sense of national pride and it’s understandable why he is such a target.

Given his success as Prime Minister in achieving free trade agreements with China, Japan and Korea, it’s obvious he has the knowledge and experience to assist the UK to navigate what will be a challenging post-pandemic and post-Brexit international climate.  The UK’s gain is Australia’s loss.