NewsPaperthe art of publishing
HomeNewsWhat has Two Brains Willetts got against the older generation?
184

What has Two Brains Willetts got against the older generation? 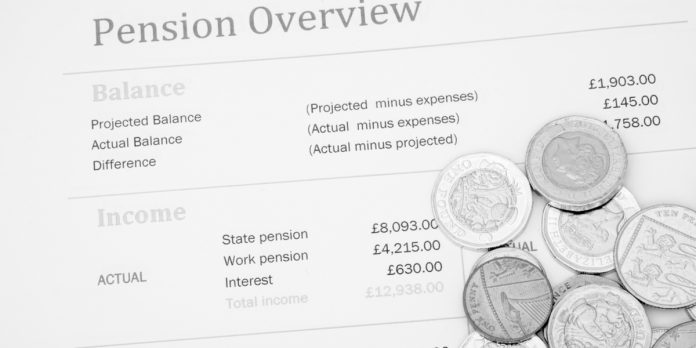 AIDED and abetted by a media campaign, last year the government cancelled the triple lock on the state pension, which had been a manifesto commitment with the intention of increasing the pension in line with inflation or with the rise in average earnings. I set out some of the fallacies and nasty sentiments, exemplified particularly by the Daily Telegraph, in my TCW article of August 3, 2021, entitled ‘This despicable demonisation of pensioners’.

The government has now announced a decision to restore the triple lock, and the media onslaught against it is disgusting, though predictable. Up pops the smug Robert Peston on TV to lambast the rise. Parroting the mantra of their Telegraph employers, in their June 23 podcast Planet Normal, Allison Pearson and Liam Halligan barely drew breath before protesting against all these ‘wealthy’, ‘property-rich’ oldies getting a rise while the poor, dear, strike-threatening workers (barristers, train drivers – and doctors?) are on the breadline.

What nearly made me reach for the defibrillator, however, was an article in last weekend’s Sunday Times by the supposedly Conservative politician David Willetts, headed ‘Shuffling towards a gerontocracy’, in which he claimed that ‘the pension boost is further proof that Britain is run for the benefit of the older generation – and it is the young footing the bill’. A reportedly wealthy and well-sinecured man, with his posterior comfortably seated in the House of Lords, here his lordship goes again with his theme-tune that the old are stealing from the young.

Britain run for the benefit of the older generation? In what parallel universe? Tell that to the relatives of those killed off by the Liverpool Care Pathway or who were polished off in ‘care’ homes during the Covid panic, or those whose parents or grandparents routinely have DNR notices on their hospital beds because of their age, or to those who are called ‘old gits’ by impatient joggers, cyclists or E-scooterists who resent their inconvenient hobbling presence on pavements, footways and so-called ‘pedestrianised’ areas.

Lord David Willetts (‘Two Brains’, as his sycophantic acolytes have dubbed him) has a long history of castigating the elderly for stealing the bread out of young people’s mouths. In 2010 he wrote a book entitled The Pinch: How the baby boomers took their children’s future – and why they should give it back. In a 2019 article in the Guardian, Amelia Hill reported on how Willetts ‘has been accused of dehumanising older people, inciting generational conflict and encouraging a sense of powerlessness among younger people’. She quoted Caroline Abrahams, charity director at Age UK, who criticised Willetts for ‘pitching young versus old and the apparent placing of responsibility on to the so-called baby boomers for the difficulties young people face rather than on successive governments for the political choices they have made, in some of which he himself served’.

Following the result of the Brexit referendum in 2016, Willetts was one of the signatories of a statement by senior ‘conservatives’ calling for a second ballot on the supposed grounds that it was mainly the old who voted the ‘wrong’ way, depriving the young of a proper say in their future. His long-standing antipathy to older citizens did nothing to ameliorate, and may have even encouraged, the tide of hatred that followed the Brexit vote.

In his present role of president of the Resolution Foundation, Willetts must be in his element. This organisation (misleadingly termed an independent think tank by the BBC) with the stated intention of improving the living standards of those on low and middle incomes, is led by wealthy people with a number of staff on very high salaries. Its founder in 2005 was the millionaire Clive Cowdery who made a fortune in the insurance industry. The chief executive is the Labour apparatchik Torsten Bell, one-time chief adviser to Ed Miliband, who does not hide his opposition to free market policies. The repeated theme of this body is ‘demographics’ and ‘intergenerational conflict’ – which must make Willetts feel like a fish in water.

What gets me with people like Willetts is the crude reductionism. Why is hardship being reduced to a competition between old and young? The actions of this government, with their mendacious and evil Covid policies and their fanatical and ruinous net-zero ‘green’ agenda, has had a disastrous effect on all of us, young and old, a situation which will get worse. Which of his two brains has failed to explore or oppose the sheer gargantuan waste of our money on furlough payments, indemnifying the Pharma industries against claims for damage caused by the experimental gene-therapy shots known as Covid vaccines, the £37billion wasted on Test and Trace? Did he object to the disproportionate rise in MPs’ salaries, or to their extremely generous and well-protected pensions? Does he object to the colossal inheritance tax visited upon the young adults when their parents die?

If he did object to any of that, I must have missed it. The state pension is not a gift. Most people pay taxes all their working lives, and the UK state pension is one of the lowest pensions in the OECD. But it is far easier to blame the old than to point the finger of blame where it is deserved, and to call for an end to needless profligate spending of taxpayers’ money.