NewsPaperthe art of publishing
HomeNewsWhat is the point of Parliament?
164

What is the point of Parliament?

THE meaning of life; the classical liar paradox; the point of Keir Starmer. Such mysteries are impossible to solve.

Replacing Jeremy Corbyn as leader of the Labour party should have been, in theory, a doddle, but Harold Macmillan’s dictum ‘events, dear boy, events’ must be keeping Sir Keir awake at night.

It could have been so different. Starmer could have used his ‘forensic mind’ to hold the Tory government to account, but after more than a year of sadistic and authoritarian policies, the British public are still waiting for the leader of Her Majesty’s Most Loyal Opposition to do his job. Instead of highlighting the ethical and economic costs of lockdown, Starmer simply reverts to Maybot-mode and repeats ad nauseum that members of his family work for the sacred NHS. (For those who have not seen the clip of Starmer belittling a life-long Labour voter on this topic, it is worth watching as it typifies what our political masters really think of us.)

What this lack of opposition exposes, though, is a deeper and more worrying malaise at the heart of British politics: what is the point of Parliament? Brexit and Covid are the issues that have brought this to light for all to see. The dishonesty of MPs and the then Prime Minister, Mrs May, when they said they would ‘honour’ the referendum result, but then did everything they could to thwart it, was an alarming wake-up call for millions of us. How can a democratic vote be ignored? Quite easily, it turns out, if our masters are adamant that we have voted the wrong way.

We have gone from the Brexit zombie parliament of 2017-2019 to the Covid sheep parliament of 2019-? in which all but a handful of MPs deliberately toe the Chinese Communist Party line of more lockdowns and the social credit system of vaccine passports.  Given that the vast majority of MPs have abnegated their responsibility to hold this rotten Prime Minister and government to account, it was most heartening to be part of the freedom rally on April 24. Much as with Brexit, when Parliament refuses to carry out its job it is vital that we, the people, voice our opposition to the tyranny of the day.

The uselessness of Parliament has, however, been long in the making. The progressive (il)liberal consensus of the last 20 to 25 years has resulted in the United Kingdom becoming a one-party state. All parties in Westminster worship at the secular altar of political correctness, identity politics and climate change, forming an unholy alliance which puts the progressive cause at the heart of everything it does, whilst sweeping away our centuries-old liberties and traditions.

Social conservatives are being made to censor themselves for fear of reprisals, either in the work place or, even more sadly, within their social circles.  How many people who disagree with the latest initiative to tackle ‘toxic masculinity’ in the work place will actually say so?  Who now dares to say that a person with a penis is a man, and a person with a vagina is a woman?  To question climate change dogma is to be labelled a ‘climate denier’ – such heresy cannot be allowed in a ‘civilised society’. Ben Pile in TCW  has outlined how all the parties have signed up to the climate change agenda, so that there is no political alternative to the Net Zero madness.

The woke agenda is all about destroying Western civilisation with a view to ‘building back better’ – the mantra of the Great Reset.  The parties in Parliament agree with the broad thrust of woke ideology; they disagree only in details about how best to achieve it. That is why when I hear an MP speaking on the wireless, it is almost impossible to discern to which party he/she belongs. The same fatuous bilge is spewed into our ears about ‘burning injustices’ and our wicked past. Modern parlance talks of our way of life being ‘deconstructed’ – code for ‘destroyed’ – in order for us to pay metaphorical (and why not literal?) reparations.

It is worth remembering that much of the woke agenda was implemented by the fake-Conservative party after the passing of the Equality Act 2010, though it was drafted under Labour. Why would any Conservative therefore trust Boris Johnson and his merry band of Third Wayers to lead the fight against cultural Marxism?  How long did it take Mr Johnson to speak in defence of our heritage when extremists were defacing our statues? The Communities Secretary, Robert Jenrick, has made some feeble announcements about protecting our heritage in an attempt to be seen to be doing something.

Ronald Reagan warned us of this in 1975:  ‘If fascism ever comes to America, it will come in the name of liberalism.’ The problem is that America’s liberal fascism has become its most influential cultural export to the rest of the West. It is said that the silent majority does not agree with self-flagellation and denying the most basic of biological facts. The problem, however, is that we are in this cultural mess because people are silent. We need to voice our opposition. Will Parliament dare do the same? 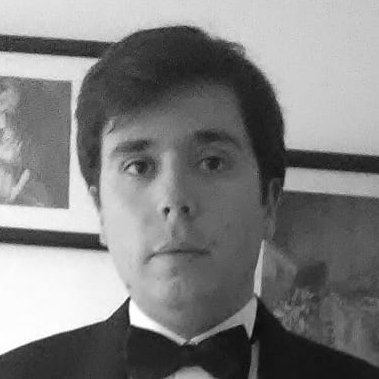 Glyn Lewis
Glyn Lewis is a teacher of French, and he lives in the London Borough of Barking and Dagenham.