What price another Tory-LibDem co-habitation? 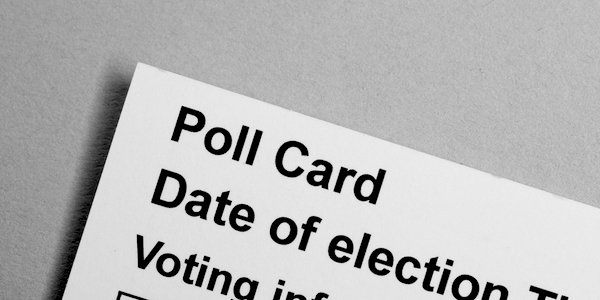 AT FIRST glance the idea seems ridiculous, doesn’t it? After all, LibDem leader Jo Swinson has built her party’s entire campaign around one thing: stopping Brexit, in a contempt for democracy so blatant that its shamelessness is matched only by its self-righteousness, and myopically oblivious to herself being the main reason for the LibDems’ popularity declining since the start of campaign. The more voters have seen of her, the less they like both her and her party.

But the LibDems are no stranger to opportunistic, hypocritical U-turns. Even solely on the anti-Brexit side of the political divide, they’ve been inconsistent in their anti-democratic perfidy.

Only a month ago, on 5 November, Swinson categorically ruled out propping up a Corbyn-led government in the event of a hung Parliament, condemning his failure to tackle Labour’s innate anti-Semitism as a ‘total dereliction of duty’, labelling him ‘a threat to national security’, and declaring him ‘not fit for the job of prime minister’.

On 4 December, though, Swinson hinted at backing Labour in a hung Parliament in order to force a second Brexit vote, provided Corbyn was removed as leader. Not that much of a U-turn, you might first think, but think again. For Swinson to demand this as a condition of the LibDems’ support is as disingenuous as it is unrealistic.

Does she really believe that the Labour Party, having defied all expectations and polling estimates by getting enough seats to make forming a minority government feasible, would oblige her by dumping the leader under whom it had achieved that?

Does she think a continuing hard-Left Labour Party still tightly controlled by Momentum would morph overnight into a non-anti-Semitic Left-‘liberal’ social-democratic party, and suddenly become not ideologically sympathetic to Britain’s enemies, merely by decapitating one head of its many-headed Hydra?

Does ‘feminist’ Swinson regard the obvious immediate alternative of the same John McDonnell who evidently still favours lynching female Tory politicians as ‘fit for the job of prime minister’?

Being prepared, after her unequivocal rejection of the idea only a month before, to accept all that baggage in order to get a second Brexit vote, counts, I would suggest, as a significant U-turn.

So, against the backdrop of credibility-stretching policy-reversals not exactly being a terribly unusual feature of the LibDems’ politics, it was intriguing to read in the Guardian of 6 December an opinion piece suggesting they could be about to do another tyre-squealing U-turn and support a minority Tory government with some kind of DUP-style confidence-and-supply arrangement, in return for that second EU vote they are so desperate to bring about.

Discount the partisan content you would expect from a Leftie Guardianista hackette, but one can’t help wondering if there might be a kernel of truth here. The reasoning is slightly convoluted, but please bear with me. The key could lie in one of the latest Ipsos-MORI polling reports and in the recent perceptions of party leaders.

The more the Tories seem to be on course for a majority, the more the apparent likelihood of PM Corbyn recedes; therefore, the more freedom that gives Remainer-Tories or reluctant-Tories in the South who approve of neither EU exit nor Boris Johnson as party leader to vent their anger and alienation at the prospect of both by deciding not to vote Tory and transferring their vote elsewhere.

However, the hash that Swinson has made of the LibDem leadership and the party’s election campaign, leading to a Remainer-Labour polling bounce, means that Remainers and anti-Tories of all stripes who saw the LibDems as the best means of halting or cancelling Brexit may now write them off as the preferred anti-Brexit option, hold their noses and register their anti-Brexit vote in the Labour box instead.

Corbyn is of course highly unpopular: but many of his policies like nationalisation, taxing ‘the rich’ or even expropriating the wealthy’s assets aren’t, however misconceived in concept and disastrous in practice they are.

Additionally, McDonnell is astute enough, and ruthless enough, to ditch Corbyn as leader if the latter’s personal unpopularity was all that was standing in the way of trying Socialism. McDonnell was, after all, part of the hard-Left Ken Livingstone cabal which in 1981 overthrew the moderate leader of the former Greater London Council in a putsch immediately after the latter had been elected, and installed Livingstone in his place.

So is this the paradox with which we could perversely end up? That, the greater the Tories’ reported polling lead, the greater the collateral risk that anti-Tory votes could migrate away from LibDems to Labour? Thus reducing the Tories to the status of largest party but without a majority, and getting Labour close enough on seats to form a minority administration if it had LibDem and/or SNP support? That, in which case, there could be a Dutch auction between the Tories and Labour for that LibDem rump support, despite the latter’s below-expectations election performance or even diminished numbers?

Yes, of course this nightmare prospect is only a remote possibility, even outlandish. Hopefully. But who in 2014 would have predicted that in 2015 the Labour Party would elect Corbyn as leader and that in 2017 he would come within a few thousand votes in a handful of constituencies of becoming Prime Minister?