What the papers might have said about that interview 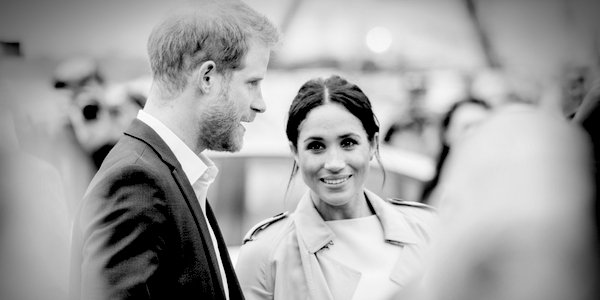 THE press have reacted in different ways to the interview between Oprah Winfrey and the Sussexes, first aired in the US in the early hours today. The Conservative Woman gives a synopsis:

The FT’s headline is ‘Meghan’s Brexit Bombshell’. It describes how Meghan had anticipated that her role would require her to open prestigious fashion shows, fêtes and the like in places such as Monaco and Milan. It reports her as saying: ‘I found myself having to attend jumble sales in Morecambe and food banks in Middlesboroughshire (sic). I imagine it was something to do with Brexit.’

The Mirror is furious that neither Meghan nor Harry mentioned what it called ‘the pitiful pay rise awarded to Our NHS heroes’. Under its headline ‘An Insult to our Angels’, it laments that the couple made no mention of the heroism of doctors and nurses, nor their amazing TikTok dances that brought so much joy to the nation during its darkest hour.

The Mail focuses on the couple’s treatment of its staff. ‘We are not bullies!’ runs the headline. It reports that as Meghan fought back the tears, she told Oprah that stories of mistreatment of staff were greatly exaggerated. ‘In an eruption of anger and adrenaline she said the British press were the most racist in the world, and singled out the Mail over an incident we reported concerning a visit to a food bank on which her nail varnish and lipstick clearly clashed.’

The Guardian’s headline is ‘Sussexes Slam Trump’. This does not seem to be related to anything the couple said in their television appearance, but the paper’s chief reporter is firmly of the opinion that the couple voiced coded criticism of the President in several of their answers.

The Daily Telegraph is concerned that no attention was given to the pandemic and noted the lack of social distancing of the parties involved. It speculates on which vaccine they will have, and whether Harry will need to quarantine if he ever returns to the UK. ‘Covid shame of Sussexes’ is the headline.

The Sun reports that the pregnant Meghan wore an ensemble to match her mood, namely a flowing black dress, set off by a discreet floral pattern falling over her right breast. It went on to say that she looked stunning as she fielded questions from a clearly star-struck Oprah. But whilst approving of the Duchess’s appearance, the Sun is less impressed by the programme, and its headline reads ‘Mega Meg in Op Flop’.

The Feudal Times and Reactionary Herald steers away from other newspapers and its front page trumpets ‘Only ten days until the brown trout season!’ It addresses the interview in an editorial piece which declares, ‘It can come as no surprise to hear that a noble and admired Prince of our sceptred isle, once the epitome of bravery and selfless duty, has been brought to his knees by a woman who was raised in a barren and distant part of God’s creation. Those who live in this forsaken place have neglected to establish a semblance of civilised behaviour. We understand her homeland to be a desolate region beset by fires and earthquakes, where enormous bears and deadly snakes roam in search of victims. We are told it is inhabited by mountebanks, scoundrels and ruffians who spend their time in a drunken stupor staring at the sun. Apparently, many live in tents and rudimentary shacks huddled around the only navigable road. We can only pray that in due course Her Gracious Majesty will reach out to these benighted people and bestow unto them men of calibre who can lead them to escape their corruption, poverty and degradation.’