What we need is a circuit breaker from this wretched government 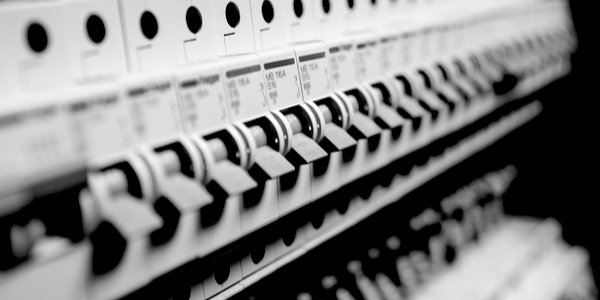 You do the rule of six and you shake it all about,

That’s what it’s all about!’

It’s not really funny, though, is it? Despair at the ennui of Covid-19 is matched only by complete exasperation at government policy.

In answer to Tim’s tweet, there will be no cost-benefit analysis on the merits of the first lockdown because the government is now permanently trapped in its own great big Covid lie: far more scared of public reaction of its handling of the disease than the disease itself, it simply compounds its errors. Now morally holed below the waterline, it will probably never achieve the high hopes many had for it and will limp on until put out of its misery the way that John Major’s government did post-ERM.

Although it is easy to blame things on the individuals concerned, the truth goes much deeper: yet again our system of representative democracy has failed. The catastrophe we are living through is the latest in a very long line where politicians simply kicked the can down the road. As the costs accrue and the difficulties of admitting root causes mount, eventually they content themselves with fiddling at the margins.

For a moment leaving Covid aside, let’s look at some big, long-term issues that cause enormous problems for our society and the short-term reasons that explain why they are never tackled:

You will notice that many of these issues feed themselves or each other, and it is not too much to say that the resultant long-term mining away of social and cultural capital is why Britain, indeed virtually the entire Western World, is in such a state of atrophy today. Purely representative democracy has ceased to work.

Of course, it is true that any human system will be biased towards short-term considerations, because after hundreds of millennia eking out a hand-to-mouth existence that is how humans are wired. However, there are aspects of the representative democratic system that exacerbate short-termism enormously: the obvious constraints of seeking election every few years; the huge personal cost a professional politician may pay if ejected from office; the sheer complexity of running a greatly expanded state.

The gearing of the representative democratic system means that politicians are not only short-termist but also usually very risk-averse. However, that does not mean they are never radical. When circumstances permit, opportunistic ideologues do act radically when provided with short -term cover, such as an insuperable parliamentary majority or at least broad parliamentary and establishment consensus. Whether they do so in accordance with the people’s wishes is another matter. New Labour’s immigration policy under Barbara Roche and gay marriage under David Cameron fall squarely into this category.

A mixture of cross-party consensus, the wild swings afforded by the first-past-the-post system and personal ambition have led to a series of hugely suboptimal outcomes on big issue after big issue. As you can see, far from taking wise, long-term decisions in the national interest, politicians get virtually every big call spectacularly wrong, and far more wrong than the people would have if asked directly. Especially for the social conservative, is not too much to say that the system has become an engine of destruction, endlessly excavating away precious social capital.

In no other area of society would such performance be tolerated. Forget about the Covid-19 circuit breaker, what we need is a circuit breaker from government: real people power, with right of recall to throw out irretrievably tarnished and floundering administrations, and Swiss-style referenda by petition to reset politics towards the people’s long-term goals. Until then, expect the long, dark chain of disasters to continue.