NewsPaperthe art of publishing
HomeLaura PerrinsWhat would Sister Michael do?
63

What would Sister Michael do? 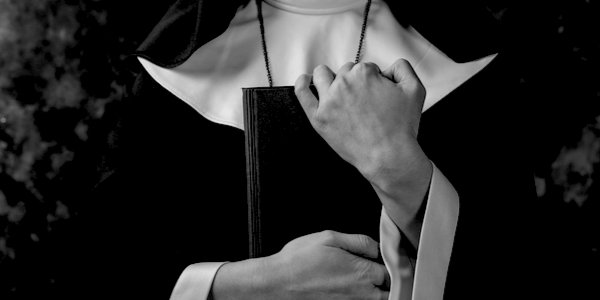 IF YOU do not watch Derry Girls then you are making a big mistake. Let me just say that Derry Girls is the funniest thing on TV and can be found on Channel 4.

The comedy is based on a group of teenage girls, set in Derry (or Londonderry depending on your persuasion) in the 90s who attend Our Lady Immaculate College convent school. I went to school in the Republic and let’s just say it brought back a few memories.

It is pretty irreverent and takes a fair few swipes at both sides. But there is one character who stands out and that is Sister Michael, the Head Mistress of Our Lady Immaculate College.

Sister Michael does not suffer fools easily. Sister Michael (I suspect) does not think too much of human nature. She is a Catholic nun so she knows that we are fallen, there are dark forces everywhere, but most of all there are quite a few fools all over the place.

Sister Michael is pretty tough and one of her classic lines includes the comment during the school talent show that ‘every year I sit back stage to hear the (student) singers and it really makes me realise just how talented the singers who originally recorded these tracks were’. Boom.

After the goodie-good prefect girls welcome the first-years to the school saying how it will help them grow, Sister Michael dismisses these sentiments as just words and informs her students to ‘watch their backs’. On the subject of maths re-sits she simply says: ‘If you are anxious don’t come crying to me.’

When she finds out that the school trip is to France she announces sadly that she can’t come on that one as ‘I despise the French’. Amen.

I suspect – just guessing here now – that Sister Michael would not be so foolish as to leave her seven-year-old son with Michael Jackson for five days in a place called Neverland and head off to the Grand Canyon, like one mother in the Leaving Neverland documentary did.

No, I am fairly sure Sister Michael would have taken one look at the King of Pop, who sang about being Bad, and lived in a place called Neverland, and would know something was amiss. ‘It was magical,’ both mother and son kept repeating over and over again. That line would have received the classic Sister Michael eye-roll; I can just see her sighing: ‘I’m sure it was.’

Anyway, take a look at Derry Girls and Sister Michael in particular. And the next time someone tries to get the better of you, ask yourself, what would Sister Michael do?