NewsPaperthe art of publishing
HomeNewsWhatever the opinion polls say, this election is a leap into the...
42

Whatever the opinion polls say, this election is a leap into the unknown 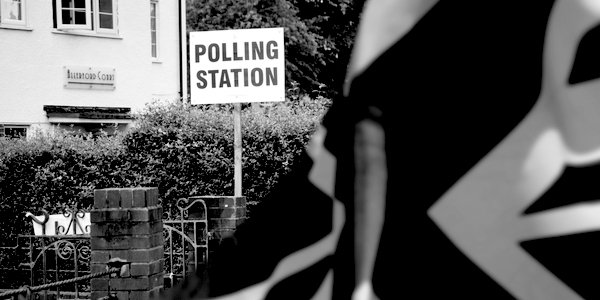 IT used to be the case that British general election campaigns had very little effect on the result. The first time that was not true was in 1992, when voters decided they were not that into Neil Kinnock or Labour. The next one where the campaign mattered, and it mattered enormously, was the last in 2017. Theresa May’s campaign will always be an object lesson in how not to win an election but to throw away an enormous lead in the opinion polls. This time nobody knows what will happen. The opinion polls suggest a comfortable win for the Tories but no one trusts the polls any more, after 2015 which everyone expected to bring Ed Miliband to power, the 2016 referendum (which the polls didn’t get badly wrong, but people didn’t believe them) and 2017 where they predicted a thumping Tory victory.

The decision to call an election without getting the Brexit deal ratified in the House of Commons makes Tory MPs angry. It makes me angry too.

Why is it being held?

Not because Parliament would not have agreed Boris’s deal. It probably would have done so.

But if it passes the Withdrawal Agreement Bill (WAB) Boris Johnson’s deal will destroy the Liberal Democrats’ unique selling proposition, a pledge to forget about Brexit altogether and ignore the 2016 referendum. (By the way, they were the first party to call for a referendum on EU membership.) For them a pre-Brexit poll is vital.

For the SNP, an election before Alex Salmond goes on trial for alleged sex offences in January is a consummation devoutly to be wished.

Boris wants to win an election on the back of his deal and while Jeremy Corbyn is Labour leader.

Jeremy Corbyn wants an election while he is still leader too, hoping he might be Prime Minister as a result supported by the SNP whom he has promised a second referendum. He might get his wish.

Labour have no choice but to pretend to want an election, which they voted against on Monday, as they were not able to prevent it being called.

Yesterday was the day when Boris promised that the country would leave the EU, ‘do or die’. Will this be a gift to Nigel Farage’s Brexit Party or will they stand only against Remain MPs?

One piece of good news. Yesterday was John Bercow’s last day as Speaker. (Will he resign as MP? Why should he?) At PMQs on Wednesday, Boris likened him to an ‘uncontrollable tennis ball machine’. He said that Bercow had ‘done more than anyone since Stephen Hawking to stretch time in this session’ and that he had had ‘the longest retirement since Frank Sinatra’. You can see the clip here.

Boris is the first PM since Churchill, and before him Disraeli, who will litter the dictionaries of quotations with good jokes. Tories are funnier than liberals or socialists – see Donald Trump and Ronald Reagan. Harold Macmillan was funny too.