NewsPaperthe art of publishing
HomeNewsWhat’s in the stars for Greta, Meghan & Co?
105

What’s in the stars for Greta, Meghan & Co? 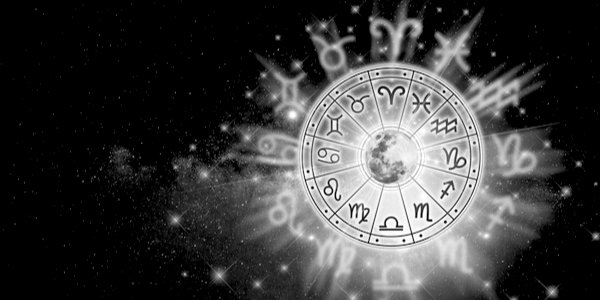 THE world-renowned horologist Madame Selene has shared with TCW Defending Freedom her insights into what the stars hold in store for some distinguished individuals.

The alignment of Uranus with Proxima Centauri Minor is likely to cause regular bouts of insanity. It may be that your colleagues and loved ones do not notice as many of your recent decisions have been regarded as strange. A period of time spent in a darkened room and away from public office will help until the demons depart.

As a Scorpian you will not think as others do. You should try to remember that you can be seen as someone who lives in a different universe and have little in common with those whom you encounter on earth. To disguise your inadequacies you often pretend to have answers to questions that have never been asked and will utter incomprehensible words and phrases known only to those living in your imaginary world. Your best interests are served by stepping down from positions of authority and thereby avoiding serious harm to others.

You are thrilled that your plans seem to be coming to fruition. The recent past has been outstanding for your career and finances even though the dangerous misalignment of Venus and Mars suggests that long-standing love interests may soon cause you some concern. The impending rising of Saturn suggests that you are likely to have a very testing few months and it is not unlikely that you will have to spend a considerable period of time incarcerated.

Capricornians are naturally stubborn and often believe they have mystical powers. You have spent a great deal of time recently persuading others that your opinion is accurate even though an increasing number contradict you. The collision of the Great Bear with the Plough and its subsequent entanglement with the Belt of Orion indicate turbulent times are on the horizon. Now is the time to think about retirement before events spiral out of control and your dreams turn to ashes.

Aquarians enjoy disruption. They have a natural inclination to go their own way no matter how it affects those around them. Although Aquarius is the ‘water carrier’ they are wary of water and always believe that there is too much or too little depending on their mood. Aquarians should avoid ice and singing in the company of others.

The dreamy Pisceans love the environment and flow with the currents of nature. You should beware a sense of entitlement which leads them to impose their unattainable goals on others, especially those who are unable to heat their homes or use their vehicles. Be aware that the destruction of civilisation is no easy task and may lead to a violent reaction.

A typical Aries is selfish, ruthless, easily bored, intimidating, harsh in behaviour and speech, blinded by ego, careless, unaware of nuances and trampling of sensitivities. Your tendency to ‘speak from the hip’ has often caused great hilarity but also indignation in those who see you as a bombastic, shallow bore. A career change is advisable but it should be one that avoids one dealing with people. Consider new opportunities in sewage works or stables.

As Mars moves into almost perfect alignment with the Death Star, there will inevitably be an inclination to take part in a devastating conflict with worldwide consequences. Try to think of those who would be affected by your actions. Perhaps sublimate your desires by learning chess or engage in never-ending board games such as Monopoly. Alternatively, consider rug weaving or crochet.

Geminians are seekers of truth. Occasionally the universe enters a period of chaos and throws out anomalies that sow more chaos and cause confusion and disaster. If you feel you are one such oddity it is best for all concerned if you review your career, life and relationships to ensure that the chaos that formed you is not replicated in your activities. It is best to avoid making decisions when the moon is rising or when in the company of your partner.

Cancerians are naturally home-loving, nurturing people who want to be loved. You believe in embracing others even to the detriment of your fellow citizens. You are very keen on joining with your neighbours even though the meeting will inevitably end in acrimony. On dark nights when the moon is waning and the Little Bear is below the horizon, you should avoid lampposts.

As we all know love can be blind and cause us to do things we later regret. You may think that the world has treated you badly recently and that you have been the victim of vile calumny. Fear not for Mercury’s attenuation with Venus will lead to even greater riches and international fame as long as you keep a tight rein on your partner. Under no circumstances should you travel to the United Kingdom.

With Venus in retrograde, it is probable that you will have more problems with members of the opposite sex. You may not recognise them. You may feel that they no longer value your judgment and think you are a simpering fool with whom they should never have become involved. It is unlikely that their opinion will change any time soon. Consider adopting a rescue dog as a companion.