NewsPaperthe art of publishing
HomeNewsWhat's wrong with rights? Quite a lot, it would seem
172

What’s wrong with rights? Quite a lot, it would seem 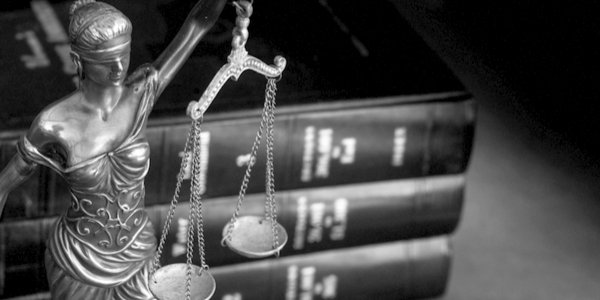 WHAT’S wrong with rights? This is the question posed by Professor Nigel Biggar in his recently published book of the same name. It was also the title of a talk hosted by Policy Exchange last Tuesday.

We are often left aghast by what is done in the name of supposed ‘rights’. We can each think of dozens of examples where the rights of an individual or group are claimed or upheld in such a way that insults our basic sense of justice. Violent foreign criminals saved from deportation owing to their rights (disregarding our right to live in safety and for criminal behaviour to be properly punished) springs immediately to mind.

Despite this, some rights are clearly vital. As Professor Biggar himself concedes, a short answer to the book’s title would be ‘nothing’. Nevertheless, he contends that there are four key ways in which society’s approach to and discussion of rights has gone badly wrong.

Firstly, there is a problem with the assertion that a basic human need generates a moral right to have it met. Whilst the holder of such a ‘right’ might gain leverage in terms of persuading others to support a claim, without the institutional framework which can fulfil it one’s ‘right’ is essentially meaningless. It is only through the structures that exist in modern societies that such a vast wave of eternally evolving ‘rights’ can be even contemplated in the first place.

To put it plainly: you may claim a right to food as a basic human necessity, but without food stamps or soup kitchens to fulfil this right, your claim means little. In this instance it is time to go and buy a fishing rod.

Secondly, the proliferation of legal rights in the post-war era takes little regard of the ‘facts on the ground’. While European judges and human rights lawyers may wish for the entire world to be sterile and easily adjudicated, outside the rarefied confines of law courts altogether more complicated situations often prevail. In failing to recognise this, legal experts in the West engage increasingly in a form of rights fundamentalism.

Professor Biggar’s example, which rings true for anyone vaguely familiar with the obsessive and puritanical stance of Western experts, is of criticisms levelled at the Rwandan government in its post-genocide efforts to bring people to trial. From their remote fortresses of impartiality – or rather irreality – human rights lawyers castigated Rwandan authorities for not providing adequate legal counsel for defendants. This was against the precept of providing a fair trial, in these Westerners’ eyes.

What this failed to take into account was that most Rwandan lawyers had either been victims of the very same genocide authorities were trying to prosecute, or had fled the country. Ultimately, the intransigence of Western rights advocates led to them being ignored by the Rwandan government, as they failed to grasp the fundamentally different situations unfolding on the streets of Kigali versus the comfortable and esoteric environs of Western legal institutions.

Thirdly, we are increasingly relying on legal bodies to determine what is a right. However, given that we are born into societies with concomitant social duties, courts are not the appropriate places to decide such matters. The assertion of a right can come at significant social cost. With courts’ narrow focus on a particular legal issue at hand, legislatures are better placed to assess the wider effects of granting such rights. These, fundamentally, are political decisions.

This important point was reiterated by Lord Sumption, who was also involved in Tuesday’s talk. If ‘rights’ exist in a society, they must be consented to by the will of the people. They cannot merely be created on the whim of judges – doing so is an improper extension of their power.

Indeed, the creation of a growing body of rights such as we have seen in recent decades has a subversive political tendency. These newly minted rights can act as an external force which prevail over the established legal norms. While the principle for needing such external sources of legitimacy is clear in some specific historical situations – notably the need to try Nazi Germany for its crimes, which were ‘legal’ at the time according to German statute – in a modern, Western society they increasingly undermine our traditional political arrangements.

So far, so inarguable. Nevertheless, for most viewing the talk, the greatest bone of contention would perhaps come from Professor Biggar’s fourth and final point, which discusses the interaction between rights, morality and responsibilities.

While we may claim the absolute right to freedom of speech – and such a liberty is vital to liberal society – such rights are easily abused. Although we may have the legal right to be sods, it does not give us the moral right to be so. In illustrating his point, Biggar chose the uncontroversial example of Charlie Hebdo. Legally, the cartoonists were in the right and the murderers in the wrong. However the morality of the cartoonists – he contends – was ill-placed, with their actions likely to do little other than to provoke.

It is, according to Professor Biggar, necessary that we in society must display a quality of character that does not allow ourselves to indulge in the abuse of rights. Without a widespread emphasis on ‘duty and respect’, the pressure to rescind rights such as freedom of speech will grow.

This emphasis on the reciprocal of rights and responsibilities was made by other speakers. Every right demanded commands the acquiescence of a second party to respect it. Yet, as Baroness O’Neill of Bengarve rightly noted, the poison of subjectivism makes this increasingly difficult to achieve. Talk of ‘my values’, ‘his values’ or ‘their values’ is a form of subjective hyperinflation, under which rights increasingly lose value. It is not possession of a right that makes it valuable, but instead its intrinsic worth.

However, in a society in which is increasingly fragmented along cultural, political, social and ethnic lines, how much more difficult has the task of deciding our reciprocal rights and duties become?

Society’s manifold – and multiplying – groups each have their sacred cows. In the past, with people broadly united under by the common reference points of Christianity and a sense of national cohesion, deciding what was permissible and impermissible was already a difficult challenge.

However, with increased de-Christianisation, together with Islam becoming an ever-growing influence in our society (and this is not to mention the spread of the non-theistic religions of environmentalism, radical feminism, racialism et cetera), the inevitable question is, upon what basis will a mutually agreeable source of our rights be found?

As we move into a future of increasingly positive rights – the demands for a Universal Basic Income, a certain level of education, healthcare provision – these questions will become only more fraught.

The answer posited by Professor Biggar was that, underneath the surface, we are actually more alike than we imagine. When push comes to shove, we are better placed to recognise our shared values.

I hope he is right. However, in a society which is forever touting the sole importance of the rampant individualism, together with the problem of potentially irreconcilable confessional and pseudo-intellectual belief systems coming into greater proximity and conflict, I have to admit I found it the least convincing moment of an otherwise engaging and enlightening discussion.