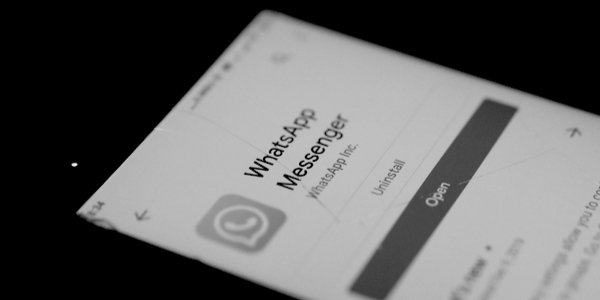 THIS morning I woke up to a missed call from an unknown number, and promptly dialled back. The mystery lady at the other end vehemently denied having rung me, until I was forced to repudiate the clear evidence on my phone. It was such a weirdly jarring experience that dampened my cheery mood so I promptly blocked her after disconnecting.

These days it’s considered positively gauche in millennial circles to ring someone when you can text or email. The fact that ringing someone has become a cardinal sin is a by-product of the false intimacy created by our world of constant connectivity. People share an endless list of factoids about their personalities on Facebook, vent their opinions and political views on Twitter, post alluring storybook photos to Instagram and advertise for a partner on the myriad dating sites which grow exponentially by the month. Hiding behind social media and WhatsApp to avoid any face-to-face contact is now the norm in most areas of life, and that has been spurred on by pandemic work-from-home mandates and lockdown policies. And why not? It is so much easier not to have to put on makeup, smile and wonder whether you have lettuce stuck between your front teeth. But is this lack of in-person interaction robbing society of the benefits of meaningful human connection and making it easier for us all to shirk commitments?

I am not saying that having lots of followers or ‘friends’ on social media is bad, or that being able to send a quick text to check on someone should be avoided. But in the good old days, once you put down that receiver having said you’d meet a friend, you knew you had to be there, no excuses or last-minute ‘can’t find anything to wear’ messages. It was nice like that, to look forward to seeing someone in person and all you had to talk about because you hadn’t been sending 50 WhatsApp messages per day.

In terms of dating, the constant always-on status of everyone can make romance something of a minefield. If the guy you’ve just met isn’t texting on a daily basis it’s pretty clear he’s not interested, or he’s a player who’s busy texting other women. The converse is also true – too many messages (especially of a certain kind and/or late at night) with last-minute invitations show he’s most likely playing you.

Then there’s the dreaded FaceTime caller. A man who wants to do FaceTime is plain lazy. Instead of risking a wasted afternoon or evening to have to brush his teeth and invite you out, possibly open a door and/or pick up the tab, he’d rather punch a few buttons to see you on a screen before deeming you worthy. The worst of these are the impromptu callers. Without warning, they FaceTime you – a surprise incoming call that sets you on edge as you stare at your phone in disbelief. It’s even more dumbfounding than that time your ex held your hand across the dinner table after you’d been broken up for a year. Anyway the FaceTimers only come out from online dating sites, which is one reason I have made a New Year resolution to swear off them, at least until Valentine’s Day.

A couple of friends who were living together pre-pandemic (not shacking up – the girl needed a place to stay whilst flat hunting) would communicate only via text. So instead of a civil ‘good morning, how are you’ called to the kitchen from the foot of the stairs, a quick SMS did the trick of confirming the other inhabitant still had a pulse. In response to this story, another friend of mine got the idea to develop an app for singles who live alone, which would check in on them every day to ensure they are alive and breathing. This seems pretty ingenious as hardly anyone goes for more than a few hours without checking their phones throughout the daytime. You could have emergency contact(s) ‘pinged’ if you fail to respond and even nominate a few friends or family members to come round and check on you. Especially in parts of the country experiencing an ambulance crisis, apps like this would also be worthwhile to connect people with cars willing to give lifts to hospitals and emergency wards.

All in all, I do think technology provides more potential benefits than harms. But perhaps another New Year’s resolution should be to put down the phone, switch off the computer and disconnect from social media for a few hours each day. Replacing time online with fresh air in the park or a visit to one of London’s glorious museums should do wonders for my mental health.

So that’s it, I’m closing the laptop and walking to the South Bank to meet my ex for a completely platonic dinner overlooking the river.