When board games were a monk’s habit 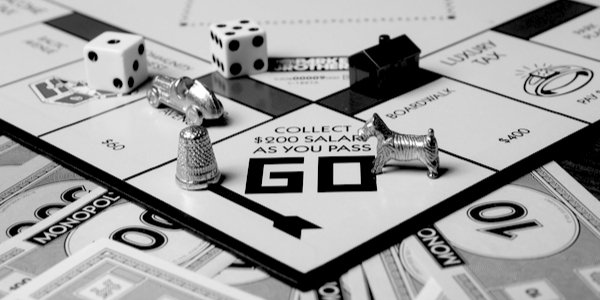 A PEBBLE-SIZED piece of glass found on the Holy Island of Lindisfarne off the Northumbrian coast is showing how even the Dark Ages had their lighter moments.

Archaeologists believe the glistening artefact is a playing piece from the ancient Nordic board game hnefatafl, or King’s Table.

They do not know if the object, made from blue and white glass topped by white glass droplets, was used by monks or pilgrims in the island’s monastery, or whether it was brought there by Vikings, who invaded in AD793.

However, a newly-discovered supplement to the Lindisfarne Gospels in the British Library reveals that King’s Table wasn’t the only entertainment available back then. A surprising variety of other board games could be enjoyed at the monastery, including:

Monkopoly: Strategy game where players compete to lead exemplary lives by buying properties on Righteous Road, Hallowed Highway and Angelic Avenue. The winner is canonised and goes straight to Heaven. Those landing on sin squares, such as Gluttony Gardens and Sloth Street, die unshriven. But they could benefit from a Get Out of Purgatory Free card.

Scripple: Test of Biblical knowledge where players must form words and phrases from the Scriptures in a grid pattern on a board. Xerxes is a favourite high-scorer, but the Holy Grail of Scripplers is Nebuchadnezzar.

Tribal Pursuit: You are one of the 12 tribes of Israel pursued by Pharaoh after the exodus from Egypt. The object is to reach the Promised Land. Throwing a six brings bonuses such as parting the Red Sea, or a supply of manna from Heaven. Once the wilderness is reached, the game is played in real time, so may take 40 years to complete.

Cluedomus domini: A murder takes place in a church, with a bloodstained chalice and sharpened votive candle found near the body. Players must find out whodunit before the culprit can claim sanctuary. Suspects include Prior Plum and Mustard the Monk.

Snakes and Jacob’s Ladders: You climb the ladders towards Heaven and try to avoid sliding down the snakes towards Hell. You must throw a six before St Peter will open the Pearly Gates. If you fail, it’s straight down to the eternal flames.

Meanwhile, the Vikings had their own games, which were a bit more rough and ready …

Draughts: Warriors compete to gulp down the biggest draughts of mead from their drinking horns.

Sack race: A contest to see who is the fastest to sack a monastery.

What’s the time, Mr Wulf? A call-and-response game of tag in which players are chased by Mr Wulf, who kills them with his battleaxe if he catches them.

Blond man’s buff: A flaxen-haired Viking is blindfolded and fellow players look on laughing as he falls into a fjord.

Danespotting: Players keep a lookout for rival Scandinavian hordes. First to spot them gets a horn of mead.

Share
Facebook
Twitter
WhatsApp
Email
Previous articleReaders’ comments: Women have many roles, but bishop isn’t one of them
Next articleTCW’s hot topic: BBC’s world according to St Greta