When Britain sailed close to an uncivil war with Abraham Lincoln 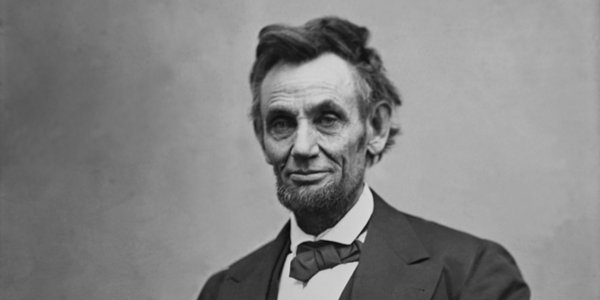 FOLLOWING the death of George Floyd, the spectre of the Civil War is rising once again to haunt America.

Protesters are destroying monuments to leaders of the slave-owning Confederacy and have even toppled a statue of Ulysses S Grant – the general whose armies crushed the Confederacy – because of his tenuous link with slavery.

The attacks show graphically how, more than 150 years after the conflict between the breakaway Confederate states of the South and the Union states of the North, divisions still run deep in US society.

But it is now half-forgotten that Britain also became entangled in the Civil War, turning Anglo-American relations so toxic that the two countries almost came to the brink of hostilities. It even led to the astonishing prospect of the US seizing Canada.

The first of several dangerous disputes between Britain and President Abraham Lincoln’s US administration erupted soon after the North-South fighting started in April 1861.

Britain, France and other major powers declared neutrality and refused diplomatic recognition to the Confederacy. In the hope of changing minds, Confederate President Jefferson Davis dispatched two envoys – James Mason and John Slidell – to London and Paris in October 1861.

They first made their way to Cuba, where they boarded the British Royal Mail paddle steamer Trent for the Atlantic crossing. But soon after leaving Havana on November 8, the ship was intercepted by the US Navy frigate San Jacinto, commanded by Captain Charles Wilkes. Acting on his own initiative, he sent over a boarding party, taking the two Confederates prisoner.

Wilkes’s action was a blatant breach of international law and the British government of Lord Palmerston was incensed. The insult to the flag and to our national honour could not go unchallenged and preparations began for war with the US.

Troops were sent to Canada – then known as British North America – to defend it against a possible US invasion and the Royal Navy fleet in the West Indies was put on standby to wage a sea campaign against the Union.

But eventually the crisis was defused after Lincoln advised: ‘One war at a time.’ Washington admitted that Wilkes had acted without authority and freed Mason and Slidell in January 1862, allowing them to continue their journey to Europe.

However, instead of settling down, US-UK relations now went from bad to worse – because Britain was supplying the Confederacy with gunboats, to be unleashed against the American merchant fleet.

The most famous of these commerce raiders was the Alabama, a sleek, fast cruiser that was the brainchild of Confederate special agent Captain James Dunwoody Bulloch. He commissioned it in 1861 from the shipyard of John Laird & Sons in Birkenhead. But US diplomats soon got wind of the fledgling warship taking shape on the Mersey.

The American Ambassador in London, Charles Francis Adams, then laid siege to the Foreign Secretary, Lord Russell, urging him to impound the vessel. Russell refused. As long as the ship was not armed in Britain, or a crew enlisted here for war service, there was no breach of the neutrality laws. And on May 15, 1862, the vessel was launched under the name Enrica.

As Bulloch worked frantically to fit it out for sea, Russell finally decided to order the ship’s detention. But Bulloch was tipped off and spirited the Enrica out of the Mersey on July 29, 1862.

Two weeks later, 2,000 miles away in the Azores, the Enrica was commissioned as the Alabama, under the command of 53-year-old former US Navy officer Captain Raphael Semmes, who persuaded most of the English crew to stay on.

Furnished with guns, the cruiser set off on a 22-month voyage covering 75,000 miles, from the Caribbean to South East Asia and back, sinking, burning or ransoming 66 US vessels and virtually wiping the American merchant fleet from the oceans. But before destroying ships, Semmes took off their crews and passengers.

Back in Birkenhead, another huge threat to the US was emerging that again raised the prospect of a British-American war. Bulloch had now commissioned the Laird yard to build him two of the deadliest warships afloat.

The steam-and-sail-powered ironclads were designed to be used as rams, with 7ft-long metal spikes embedded in their prows below the waterline. Virtually invulnerable because of their armour, they would be able to sink wooden vessels at will.

If they crossed the Atlantic, the rams could smash through the Union ships blockading Confederate ports, or bombard New York or Boston with their powerful turreted guns. Such attacks might well change the course of the Civil War, which was now going badly for the Confederacy.

By mid-1863, the rams were nearing completion. As with the Alabama, Ambassador Adams bombarded Lord Russell with demands to seize them. He refused. This time however, the United States was in no mood for brush-offs.

In September, with the rams ready for sea trials, Adams told Russell starkly that if the ships escaped, ‘it would be superfluous in me to point out to your lordship that this is war’.

Russell finally acted – and on October 9, both vessels were seized. Later, the Royal Navy bought them from Laird’s and put them into service for Britain.

Although the threat of the rams was ended, the Alabama remained at large. But by the summer of 1864, the cruiser – still crewed mainly by Englishmen – was badly in need of repairs and on June 11 Semmes took her into Cherbourg.

Three days later, the US Navy sloop-of-war Kearsage, commanded by 52-year-old Captain John Winslow, arrived outside the harbour. Semmes now faced a choice – either mothball the Alabama in port, or take her out and fight.

He chose to fight. And on Sunday, June 19, the Confederate cruiser steamed out of Cherbourg, watched by 15,000 onlookers who had flocked from all over Europe to witness the setpiece naval battle.

The Alabama and the Kearsage met seven miles from shore and exchanged fire in a bloody hour-long slogging match. Finally, the Confederate cruiser was holed and started to sink. Semmes struck his colours and ordered abandon ship.

But he and many of his officers evaded capture after being plucked from the water by a British pleasure yacht, the Deerhound, which took them to Southampton.  In a remarkable coincidence, the Deerhound had been built at the Laird shipyard.

The Alabama was gone. But America’s fury at the depredations of the British-built commerce raider and its cohorts remained unabated long after the Civil War ended in defeat for the Confederacy in 1865.

Britain realised it could no longer afford such enmity and in 1871 signed the Treaty of Washington, which forbade building of warships for use against friendly powers.

The following year, America sought compensation for its maritime losses. An initial suggestion was for Britain to pay a staggering two billion dollars – around £400million – or cede Canada to the US.  But in a landmark arbitration case known as the Alabama Claims, an international tribunal in Geneva awarded the US 15.5million dollars, or £3million, in gold.

Ultimately though, it proved something of a hollow victory for Washington. In all, the Alabama and other British-supplied commerce raiders had sunk 257 Union ships and forced hundreds more to lie rotting in port. Insurance rates had soared and some 700 Northern shipowners had transferred their vessels to foreign registries.

Thus the US trading fleet was woefully diminished. And the biggest beneficiary was Britain, whose merchant ships enjoyed unbridled supremacy of the oceans for the next 50 years.

With thanks to Michael Yoller for additional material.