When is church vandalism just high jinks? When Muslims are involved 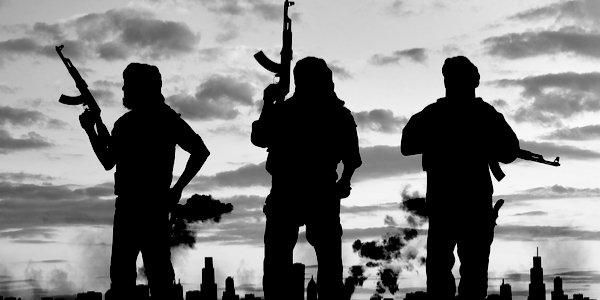 In Skelleftea, a major industrial and mining town in northern Sweden, another church has been vandalised. Threats of jihad and death were spray-painted on its walls. This is by no means the first incident of Islamic Christophobia in Skelleftea.

Church of Sweden Communicator P-O Sjödin, however, brushed off the incident as ‘innocent’ vandalism. ‘I do not interpret the message in any way, but I hope and believe it’s a common doodle . . . We hope and believe that this is a prank.’

The police, according to local newspapers, are aware of the incident. They state that they are particularly concerned about continued hate attacks against Christian churches.

The mainstream media are less concerned. The continuing anti-Christian vandalism has been absent from almost all Swedish MSM. This is par for the course: in Sweden any mention of Muslim criminality, especially anti-Christian violence, is taboo.

After pressure from the people of Skelleftea, the Church of Sweden and Swedish radio eventually mentioned the vandalism. They did not, however, identify which church was targeted or spell out the explicit anti-Christian nature of the graffiti.

Communicator Sjödin claimed that the church had not commented on the attack in the hope that it would just blow over. According to him, the perpetrators were merely ‘rascals’. Instead of treating this as a case of religious hatred, as it would be if a mosque were attacked, Sjödin tried to dismiss it as youthful high jinks.

He admitted that this was not the first church to be attacked. Earlier this year, St Olov’s in Skelleftea was vandalised with the word ‘Jihad’ spray-painted on the walls. Photos were initially published by the Swedish national broadcaster SVT after residents expressed their outrage. The images were quickly taken down on the grounds that they were ‘too sensitive’ to be shown.

Swedish social media users immediately began competing in sarcasm over the media coverage of the incident.

‘Sure, you know how SVT are at pains not to show off every swastika they manage to find,’ one user tweeted, mocking the broadcaster’s perceived Left-wing bias.

Another suggested that the culprit was a local man who merely intended to write ‘Ji had int tid’ (‘I had no time’ in the dialect).

Swedes, especially Christians, remain on edge as their new Muslim neighbours who refuse to assimilate continue to get a pass on hateful behaviour, and the Swedish media continues to cover it up.

Tino Sanandaji, a researcher at Stockholm’s Institute for Economic and Business History Research, wrote in Politico: ‘Exposing negative statistics about immigration sparked angry accusations of bigotry. Establishment voices shied away from the topic for fear of being accused as racist. Opposition to immigration became off-limits within all establishment parties, and Swedish policy gradually moved toward open borders.’

Sweden is learning that ignoring a problem merely helps it grow bigger.