NewsPaperthe art of publishing
HomeNewsWhen it’s men v women, it can never be a level playing...
108

When it’s men v women, it can never be a level playing field 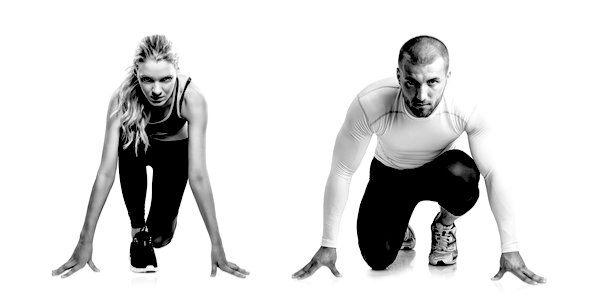 Dr McKinnon is not the first trans person to win a women’s race across various sports, and it looks like we are going to be seeing this more and more. The implications for women’s sport are massive.

Whatever the supporters of trans athletes might say, being born into a man’s body is a substantial advantage. Recognising this, the authorities in many sports will insist that to compete against so-called ‘cis’ women (women who were born as women), trans athletes have to undergo testosterone suppression treatment to create a level playing field. On Twitter, Dr McKinnon refers to the ‘unhealthily low level of endogenous testosterone’ such competitors must endure, and attributes the gold medal to long hours of training.

Those who cast doubt on the fairness of Dr McKinnon’s victory are apparently bigots. Well, I don’t consider myself a bigot, but perhaps I’m wrong about myself? I just can’t ignore some of the advantages of having a man’s body.

I’m sure that Dr McKinnon did train very hard. But doubtless so did all the other competitors. That’s what you do when you want to win races. Trans women will still normally benefit from male physical characteristics that won’t go away simply because their testosterone level has been lowered. The bigger skeletal muscles men have, the bigger hearts and lungs. Men have more haemoglobin, a key factor in endurance sports; their blood vessels are bigger and carry more blood. These all count.

Of course there are more important issues in the trans debate than sport. But sport still matters to a great many women: it’s a valuable part of our culture. As a former athletics coach, in middle and long-distance running, I’ve worked with some very determined, tough-minded and gritty young women who put heart, soul and guts into their running. But I wonder if they could find the same level of motivation if they had to compete against male-born skeletons and male-born cardio-vascular systems?

UK Athletics, the governing body for my old sport, is putting out guidelines on how to incorporate trans athletes into road races. If you’ll excuse a biographical detour here, a long time ago I was a bog-standard middle-of-the-pack distance runner. Despite my keenness and strenuous training, I never won a thing. I was nowhere near good enough. But if you took my younger, slimmer body, even if you lowered its testosterone, I’m damn sure it would have beaten a lot of good solid county standard female athletes. Not the very best, certainly, but good enough to win the women’s section of a low-key local race.

Where would the fairness be in that? Whether I’m bigoted or not, though I hope not, I can’t unlearn the sports science and running lore I know, or the anatomy and physiology I was taught. And while I would congratulate Dr McKinnon’s commitment to sport, I’ll still say that the average male-born body can beat the average female-born body. With or without much testosterone. It’s just the way we’re made. And politics can’t wish that away.

Share
Facebook
Twitter
WhatsApp
Email
Previous articleWill the Beeb’s overpopulated diversity circus fold its tents? Fat chance
Next articleThis transgender drama does no one any favours – least of all children