NewsPaperthe art of publishing
HomeNewsWhen the boat came in
58

When the boat came in 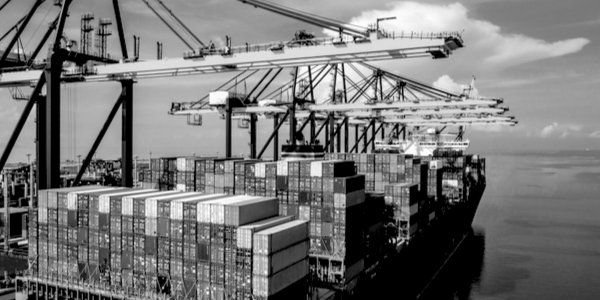 It arrived following its long-delayed release by the Egyptian authorities after it ran aground and blocked the Suez Canal for six days in March 2021.

So the 220,000-ton diesel-powered Ever Given had to be retro-fitted with sails before it was allowed to berth yesterday, ready for its cargo to be auctioned off in a flash quayside sale.

Crowds on foot, pushing handcarts, or riding in horse-drawn wagons, gathered as the ship’s containers were laboriously unloaded by labourers using wooden block and tackle and ropes made of organically-grown jute.

Among the sale items were:

Ten thousand gallons of hand sanitiser. Herd immunity was achieved nine years ago, so this is no longer needed for Covid disinfection. But, with compulsory unisex community eco-latrines having replaced toilets in houses, it sold straight away.

One will be placed on the Fourth Plinth in Trafalgar Square, near where PMFL Johnson gave his famous ‘boilers into ploughshares’ speech in 2022.

Five thousand piggy banks. Unsold. Cash is now rarely used in Britain’s ‘Build Back Barter’ economy and no one can afford to save anyhow.

One hundred Tesla Cybertrucks. Unsold. There is no electricity to spare for charging car batteries after most offshore wind farms were destroyed by a tsunami in 2027.

Five thousand ‘Thank You NHS’ T-shirts. In 2025 the NHS became the GWI (Gates Wellness Inc), so these are outdated. However, they were snapped up by a local fishmonger, Norbert’s Haddock Smokers.

Ten thousand bags of coal. People buying these promptly discarded the coal – which it is illegal to burn – but kept the sacks to make clothes.

Two hundred tons of frozen beef. With Britons living on cabbages, cockroaches, maggots and mangel-wurzels after livestock farming was banned in 2028, there was a clamour to buy the meat. But it was impounded on Government orders to feed endangered polar bears at London Zoo.

Several other items now banned in Britain on health grounds – including bags of sugar, bottles of whisky, packs of cigarettes and various canned foods – were seized and taken by ox cart convoy to the closed-off Prime Ministerial Enclave in Westminster ‘for destruction’.

As the auction ended, 400 stowaway asylum-seekers who had hurried off the ship in search of a better life got back on again . . . followed by hundreds of Britons.