NewsPaperthe art of publishing
HomeCOVID-19When the going gets tough, the woke go missing
299

When the going gets tough, the woke go missing 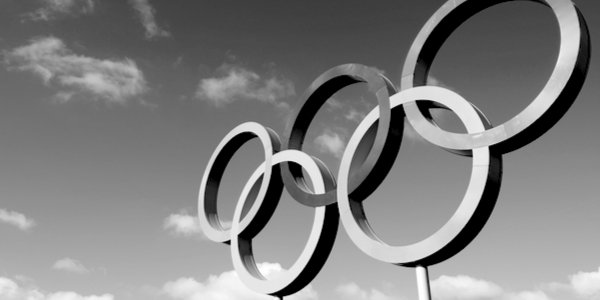 ‘DINA Asher-Smith has pulled out of the Olympics altogether, after failing to make the 100 metres final,’ says a voice from the radio. ‘I’m really proud of everything I’ve done to this point,’ Dina says. Last week England cricket vice-captain Ben Stokes OBE decided to miss the India Test series and take an ‘indefinite break’ from the sport, to ‘prioritise his mental well-being’ and rest the finger he broke in April.

What would Baron Pierre de Coubertin, who instigated the modern Olympics, or Thomas Arnold of Rugby School, who influenced him, think if they could see international sport today? All of them making more money than they could ever have imagined but frequently collapsing without physical injury and running away. They’d be even more surprised that such weakness and lack of self-control earns high praise.

The Baron thought sport created ‘moral and social strength’. In 1889, when he organised the first Greek-style games, he proposed five values: Joy of effort, fair play, respect for others, pursuit of excellence, and balance between body, will and mind. Above all, ‘The important thing is not the triumph but the struggle, not to have conquered but to have fought well.’

Those ideas came from the Athenian Stoic tradition, which influenced Christianity, particularly St Paul, and flourished in the Renaissance with its emphasis on individual responsibility. Stoics believed that happiness is based on refusing to allow oneself to be controlled by any desire for pleasure or fear of pain. They preached temperance, self-control, discipline, fortitude and modesty.

The Baron’s calm might have been ruffled by the sight of US gymnast Simone Biles’s glittering leotard. She designed it herself ‘to inspire other athletes all over the world’, selling replicas for £279.90 apiece. She also sports a rhinestone goat. GOAT stands for ‘Greatest of All Time’, by which she means herself. Asked a couple of years ago, ‘You’re the most unbeatable athlete in the history of athletics, right?’ she agreed, adding: ‘I feel like there are people out there that could potentially beat me, but even on my worst days, I still won. Typically, I win every competition that I’m entering.’

Maybe the Olympian gods were miffed at such lack of modesty. In the team event in Tokyo last week she made a mistake in her first exercise and although uninjured she dropped out, leaving her team-mates to fight on without her. Hot favourites for gold, they came second to the Russians. To excuse her debacle, she used the Stoic ‘balance of body and mind’ idea but renamed it ‘mental health issues’.

She said she walked out because ‘I feel like I’m also not having as much fun. I wanted it to be for myself, but I came in and I felt like I was still doing it for other people. It hurts my heart that doing what I love has been kind of taken away from me to please other people.’ She also quit the individual finals.

Her behaviour was applauded by US commentators including Ellen DeGeneres who praised her ‘courage’ and ‘heroism’ for dropping out, calling her a ‘true inspiration’.

Osaka is ranked world No 1 by the Women’s Tennis Association. There’s much to admire in her pursuit of excellence, and she made £26.8million last year as ‘brand ambassador’ for Nissan and All Nippon Airways. Virtue is obviously no longer the greatest reward, and neither is respect for other people; shortly before this year’s French Open she announced that she wouldn’t do any press interviews, which are a commitment in the Grand Slam rule book. Threatened with fines she withdrew from the tournament altogether, blaming, yes, those good old mental health issues. Again, this drew thunderous applause for her ‘courage’ in bringing up ‘rarely discussed’ mental health issues. In June her agent announced she wouldn’t go to Wimbledon but would be well enough for the Tokyo Olympics.

The astonishing selfishness of these wealthy young sports stars has revealed how far we are, not just from the Greek Olympic spirit, but even the culture of 57 years ago when some of us watched the first Tokyo Olympiad in October 1964. Children growing up then, in the fading light of the British Empire, were often still inculcated with its Christian values, particularly the idea of selfless endurance; if you joined a club, even if it was only the Scouts, you were committed to it. If you started an enterprise you had to finish it; there was no turning back or ‘shirking’, as it was called. If you fell off your horse or bike you remounted immediately, not wasting any time whingeing about the pain. The best way to deal with damage, emotional or physical, was not to ‘give way’, and above all you did not want to let other people down. The code was strict, often too repressive, but encouraged bravery and risk-taking.

That British epithet ‘Play up and play the game,’ is now regarded as immoral. A journalist wrote that it was correct for Biles to bale out of her contest because a gymnast had a bad accident in 1988. ‘A gold medal is not worth a potentially fatal injury,’ she wrote. But doesn’t everyone who mounts a horse, drives a racing car or climbs a rock face choose to embrace jeopardy and by doing so, express a joy and confidence in life and its uncertainty? Today’s young, the most cosseted ever, represent the new terror of risk which curtails everyone’s lives from children who want to play outside to adults who’d like to use a diving board at the swimming pool. Struggle and a hard fight used to be considered ‘character forming’; the character formed now knows only soft outcomes.

Young athletes are the product of an education system, particularly in the UK and America, increasingly based not on knowledge and reason but on self-disclosed emotions, often shared across social media. This can make sports celebrities anxious and self-preoccupied, rather than optimistic and resilient players. Abandoning your chosen game if anything gets tough is now seen as a sign of mental strength or ‘wellness’, that new virtue which indicates a particularly strong brand of self-love. Anyone who claims to be backing out because of a vulnerability such as ‘mental health issues’ is beyond criticism.

Only the non-woke oldies at the back of the stands, remembering what the values of sportsmanship once were, might be tempted to mutter one of Boris Johnson’s now-forbidden expressions, ‘Epic softies’.