NewsPaperthe art of publishing
HomeNewsWhen we burn more rubbish than we recycle, it’s time to celebrate
35

When we burn more rubbish than we recycle, it’s time to celebrate 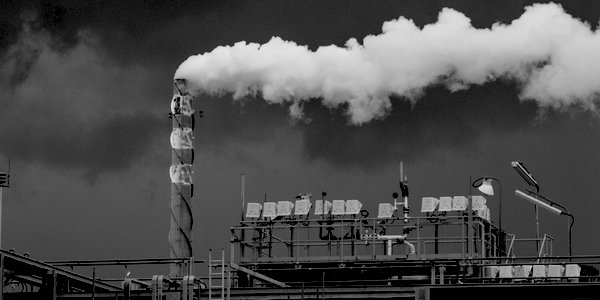 The Daily Mail ran a typically theatrical story earlier this month about the supposed dangers of new incineration facilities. It warned that Britain is on the verge of burning more waste than it recycles for the first time.

There is no reason to be alarmed. Indeed, this is a day we should look forward to celebrating.

Modern incinerators are not only safe, but they also prevent vast quantities of waste being sent abroad, mostly to countries in the Far East. Some of this waste is dumped into the sea on its way, and when it reaches its destination, weaker environmental standards mean much of it escapes and, again, ends up in the sea. It is far safer to burn it.

At the centre of the Mail article was a scary-looking table displaying the volume of potentially harmful particulate matter (PM10) emissions from various large incinerators located around the UK. But this pollution needs to be seen in context. Fine particulate matter emissions from road transport are of much greater concern, and this is a problem that has been greatly worsened by tax incentives promoting diesel vehicles. However, even electric cars release these particles through their brake pads and tyre wear.

The truth is that modern incinerators have some of the most stringent air quality regulations, and are responsible for a trivial share of harmful emissions. They have become so clean that Public Health England have said that any health consequences from incinerators ‘if they exist, are likely to be very small and not detectable’.

Incineration may be an environmental non-problem, but the alternative, the recycling of waste, is anything but. A shocking report by the National Audit Office has described how UK exports of packaging waste have increased sixfold between 2002 and 2017.

This has been driven by the wrong-headed EU Packaging Waste Directive which encouraged businesses to increase recycling rates to meet Europe-wide targets. The problem is that almost all of this additional recycled waste has been exported to countries with low environmental standards.

‘The system appears to have evolved into a comfortable way for government to meet targets without facing up to the underlying recycling issues. The government has no evidence that the system has encouraged companies to minimise packaging or make it easy to recycle. And it relies on exporting materials to other parts of the world without adequate checks to ensure this material is actually recycled, and without consideration of whether other countries will continue to accept it in the long term.’

This is a classic example of the perverse incentives created by politicians who appear to want to claim credit for solving problems more than they care about the real-world consequences of their decisions.

The outcome in this particular case is nothing less than an environmental catastrophe. As eminent epidemiologist Mikko Paunio has described, much of this exported waste ends up in the oceans where it wreaks havoc with marine ecosystems. The principle is that we should have a ‘circular economy’ in which everything is recycled; the reality is the pollution of our oceans on an epic scale.

Incineration certainly has a bad reputation, but it is a much better alternative to this destructive policy of dumping our plastic waste abroad. So ignore the nay-sayers and when you are next passing by an incinerator, say thanks for the responsible management of this country’s waste.

Share
Facebook
Twitter
WhatsApp
Email
Previous articlePious progressives who’d do anything but see justice done to murderous fanatics
Next articleWhat is Atheism for Kids all about? God knows