NewsPaperthe art of publishing
HomeCulture WarsWhen Xi’s in charge, we’ll have only ourselves to blame
204

When Xi’s in charge, we’ll have only ourselves to blame 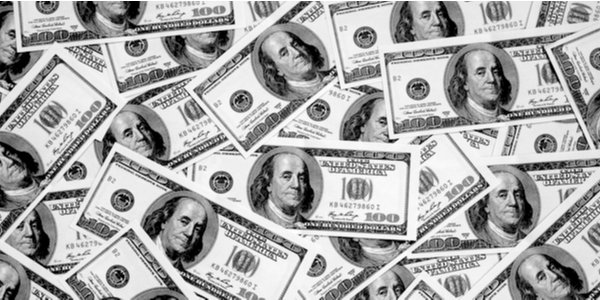 THE Chinese government recently proposed legislation that would require all bank accounts holding more than 600 dollars to be strictly monitored by the revenue department to ensure that people are not avoiding taxes.

Did I say China? Sorry, I meant the United States. While officials have rowed back on the plan for the time being, this unjustifiable surveillance of ordinary citizens’ finances was to form part of Biden’s ‘Build Back Barmier’ plan, a scheme with a price tag of a mere seven trillion US dollars. For those who may baulk at that figure, according to voices in the mainstream media a trillion bucks isn’t as much as you think anyway, so what’s the problem?

Perhaps they have a point. Governments can now create money – a few billions here, a couple of trillions there – by pressing a button. That there is no new productivity in the economy or tangible assets to back up this deluge of wonga is immaterial as governments cruise atop the crest of a wave of fiscal and monetary recklessness, imagining themselves to be the first in history to come up with the idea of debasing the coinage.

The wrecking of a country’s or empire’s money is about the surest sign of decline there is, alongside the decay in traditions and public morality. Look, for example, at the progress of currency debasement that accompanied ancient Rome’s descent and fragmentation.

Power creates the illusion of permanence, fuelling complacency among those who do not appreciate how their might and wealth came about in the first place. There appears no limit Man’s myopia in this department. Empires come and go. At their peak they appear unassailable, but eventually they become like the sun-bleached ruins of Leptis Magna. A new power takes their place.

And as the sun goes down on dreams of global liberal democracy dropped from 30,000ft, China looks set to usurp American global hegemony.

The Chinese studiously examine the mistakes of the West, trying to avoid the same pitfalls. To help them along the way, we have in effect gifted them our manufacturing base and our intellectual property. The cherry on the dictatorial cake is our elite’s happy adoption of Chi-com methods of widespread social coercion and monitoring.

While the Chinese have been happy to take our money and know-how, they have shielded the Middle Kingdom from the most ruinous bacilli that have stunted the West so thoroughly. One searches in vain to find critical race theory on Chinese curricula, though they are now busy overloading it with their own ideological dogma.

Nothing is certain, naturally. However, it seems probable that things will become far clearer sooner rather than later. China faces its own, potentially ruinous, financial crisis in the form of Evergrande, the Chinese property developer with $300billion of debt.

Papa Xi is on record saying that property should be for living, not for financial speculation. Clearly this is easier said than done: China has one of the world’s craziest property markets, with millions of empty flats and entire ghost cities unoccupied, the result of one of history’s greatest financial bubbles which until now has not burst.

Seeing the fallout from the West’s 2008 financial crisis – when the printing presses were turned up to 11 – perhaps the Chinese will let the house of cards fall. Perhaps that’s what we should have done too: what good has keeping the zombie system alive with injections of funny money done?

The West never took its medicine and its financial elite were rewarded for their untrammelled greed. The pain was simply deferred into the future and on to the shoulders of those less able to pay it. The Chinese Communist Party will be far keener to scythe down financial miscreants, serving as a reminder as to who’s in power.

If Evergrande goes down the tubes and sparks a crisis, what better way would there be to distract people than a bit of ol’ war?

Taiwan’s National Day is on October 11. It must make a very tempting target. All the more so as the United States has displayed its decline and impotence so spectacularly in Afghanistan. There won’t be many opportunities for the Chinese to achieve one of their overriding policy objectives (‘reuniting’ China) while their opponents are so ill-prepared.

The largest ever incursions of People’s Liberation Army Air Force jets are taking place as of the beginning of October. If Comrade Xi decides to go the whole hog, who exactly is going to stop him? Nobody, I imagine.

Afterwards, defeating the West could be achieved without firing a shot. Strangle the supply of semiconductors – Taiwan produces around 60 per cent of the world’s total – and watch America and Europe grind to a halt.

Back on the mainland, Western firms, very sensibly relocating their production facilities to a communist dictatorship, could find themselves suddenly the victim of ‘power shortages’ too. China would have the whip hand, and we’d have given them the whip.

But still, when Chinese tanks roll into the Taiwanese capital Taipei, you can be sure that the West, which is perilously close to entirely delegitimising any pretension to representing freedom and liberty, will decry it with the same old boilerplate.

Then they will go back to demanding to have your every financial transaction reported and your vaccination status verified, eagerly adopting each illiberal aspect of Beijing’s oppressive system.

Perhaps debasement of the coinage is just the monetary manifestation of a broader civilisational decline. If that’s the case, there surely isn’t too long left before our complete fall.

Like the last emperors of the Western Roman Empire – who claimed to be the successors of Augustus, but who in reality held on only to shattered fragments of Rome – we will continue to assert our moral rectitude while presiding over the slow strangulation of everything that made the West great.

That it is entirely self-inflicted makes it all the harder to bear.