NewsPaperthe art of publishing
HomeNewsWhere can a man can be free of women?
191

Where can a man can be free of women? 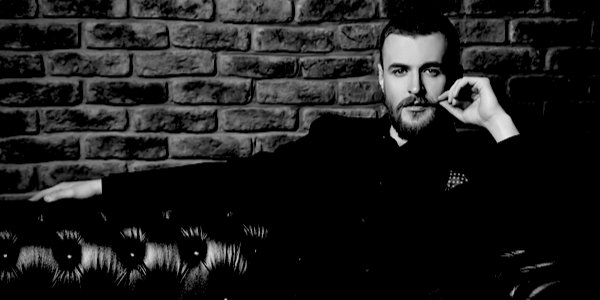 MOST of us have the good taste not to know what gender means any more, which is just as well: being too cocksure can get you into trouble. That is of course until it’s time to pick up the tab, at which point everyone suddenly remembers what a man is. Toxic masculinity may just about pay the bills, but it ain’t what it used to be.

Far from omnipotent, our beleaguered patriarchy is in desperate need of a safe space. When he’s not living it up in the sewers or down the mines, there are precious few places to retreat to should he be desirous of isolation, or the company of his own. Even finding such a place invariably leads to ridicule: the shed, the man cave, the pub, all carry pejorative overtones.

In 2020, the practising of masculinity is becoming something of an endangered pursuit: clearly feminists think we will start getting ideas if left alone or allowed to congregate too often. Even exclusive gentlemen’s clubs are under mounting pressure to accept female members, so much so that only a handful of the most stoic have not relented.

That could be set to change however, thanks to a legal challenge from lingerie tycoon Emily Bendell. She is intent on forcing the 189-year-old Garrick Club (they don’t come more prestigious) to accept female members, on the grounds of discrimination.

Although female guests are welcome in most parts of the club, they may not become members. The issue of allowing female members was raised in 2015, and although just over half the membership voted in favour, this was short of the two-thirds majority required for the rule change. Ms Bendell, CEO of Bluebella, hopes for success this time.

While the Garrick Club is a high-profile case, the war on male-only spaces has been going on for decades. Thanks to a tightening of equality laws, most establishments have buckled under the pressure. One of Britain’s oldest working men’s clubs, the Anstice Memorial Institute in Shropshire, closed in 2014 rather than accept female members. Others, such as the Buckingham Social Club in East Hull have caved and permitted women to join.

It’s not only gentlemen’s clubs that have come under fire; choirs too are singing a different tune. Last year the all-boys State and Cathedral choir of Berlin was sued by a nine-year-old girl after it refused her application (she lost the case), while the Derbyshire Constabulary Male Voice Choir was disbanded in 2018, because it (rather strangely) consisted of ‘quite old white men’.

The Boys’ Brigade have capitulated, as have the Scouts (with girls now overtaking boys in admissions); as of 2018 all roles are now available to females in the military.

Denied the right to congregate legally, men are forced to invent ingenious ways of avoiding the matriarchy. One such male holiday camp is prison – think Center Parcs without the bikes. Feminists, it seems, have been slow to notice that only 4.5 per cent of the UK prison population is female. In a similar vein, men have long since refused to share the best-kept secret of cheap accommodation and al fresco dining – homelessness, an almost exclusive boys’ club. As a last resort a man of sufficient means can get himself a rod and line, and hide out by the river for a spot of fishing, though even there the women are invading.

The hypocrisy of the feminist opposition to gentlemen’s clubs is a little galling. Women’s Clubs are under no pressure to admit men, neither are the Girl Guides, women-only choirs, gyms, pools, working spaces, business networks, housing complexes, Ladies’ Nights and so on.

More irritating than the hypocrisy however, is the unavoidable sense of sourpussery. Any man who would impose himself unsolicited in the company of a woman would rightly be considered exceedingly boorish. And although current Garrick members such as Stephen Fry, Ken Clarke and Trevor McDonald all claim to be in favour of women joining, it is clear that the purpose and attraction of such a club is the environment created specifically by the absence of women.

The progressive winds are unfortunately only blowing one way; Ms Bendell is likely to get her wish (albeit having endured the Garrick’s seven-year waiting list). It seems a shame to deprive men of one of the last bastions of masculinity – wherever shall we congregate now? See you all down t’pit?