Where is the #PersecutedChristians hashtag? 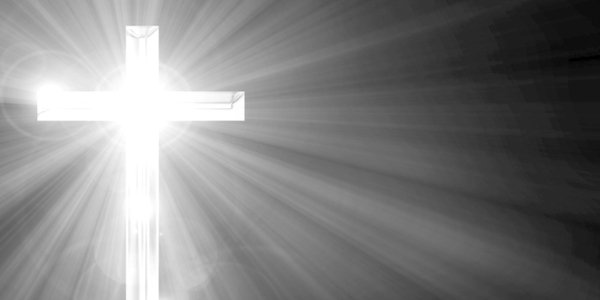 The year’s end sees innumerable annual reviews. Political earthquakes, sporting achievements, natural and man-made disasters, the demise of entertainers, they all find their place. Missing from these reviews is an item largely missing from news reports through the year – the increasing persecution of Christians around the world.

Worldwide, more than 215million believers face intimidation, prison – even death – for their faith in Jesus Christ. That’s one in 12 Christians in the world.

Catholic charity Aid to the Church in Need (ACN) says the persecution of Christians reached a new high between 2015 and 2017. Its recent report accuses the international community of failing to respond adequately to the violence, stating: ‘Governments in the West and the UN failed to offer Christians in countries such as Iraq and Syria the emergency help they needed as genocide got under way.’

American Vice-President Mike Pence, an evangelical, said last year: ‘The reality is, across the wider world, the Christian faith is under siege. Throughout the world, no people of faith today face greater hostility or hatred than the followers of Christ.’

Christians are under increasing threat in many major Islamic countries, as well as under authoritarian regimes such as North Korea and Eritrea.

There is a determined drive to make the Middle East, homeland of Christianity, a Christian-free area. Canon Andrew White – known as the ‘Vicar of Baghdad’ – has reached a painful conclusion: Christianity is all but over in the land where it began.

Iraq contained one of the oldest continuous Christian communities in the world. Thirty years ago, there were approximately 1.4million Christians in Iraq. The number dwindled to around 1million after the fall of Saddam Hussein in 2003, and a year ago it was estimated that fewer than 250,000 remained. Numbers have continued to decline as families flee, and today even approximate figures are difficult to obtain.

Egypt has seen increased persecution, including the murder of 130 Christians in 2017, as well as churches attacked. In many Muslim countries the death penalty is the legal response to Muslim converts to Christianity. Trials under Pakistan’s blasphemy laws are a continual threat to Christians there.

It is not only in Muslim countries that Christians come under attack. In India the Hindu nationalist movement seeks to wipe out any religious expression, including Christianity, that falls outside the Hindu religion. The movement’s mission is to make India a completely Hindu nation by 2021. A culture war has made it very dangerous and difficult for many Christians, particularly in rural areas, where they are often forced out of villages, beaten and arrested for their faith.

Christians face danger from other faiths and from those of no faith. It is not only communist countries such as Vietnam and North Korea which persecute Christians. In Colombia and Mexico, drug cartels control parts of the country. As well as the danger these groups bring to ordinary citizens, Christian evangelists and their churches are particularly targeted. Drug cartel leaders know that conversion to Christ is a direct threat to their control over people.

This is happening not only in faraway places. Throughout Europe Christians have come under attack and churches have been vandalised. Intolerance against Christians is increasing.

Here in Britain Christian converts from Islam are attacked, and Christians of Pakistani origin are singled out for religiously motivated abuse and violence. Meanwhile there is little or no media recognition of the existence of Christianophobia amongst sections of Britain’s Muslim community.

Tajamal Amar, a Christian food delivery driver in Derby, suffered a broken nose and cuts to his head and body after a group of Muslim men attacked him. Mr Amar was knocked unconscious, waking approximately six hours later at Royal Derby Hospital. His offence? It appears that his vehicle displayed a cross and two large Remembrance poppies.

The local newspaper, the Derby Telegraph, briefly mentioned the attack. There was no mention of the victim’s name, the background of the alleged perpetrators or the reason for the attack.

Why should there be this clear downplaying of violence against Christians at home and abroad?

The Left is waging a war against traditional Christianity, seeing it as an obstacle to its secular religion. Wherever traditional Christianity is strong, the hard Left understands that it cannot fundamentally alter society. The soft Left, to a considerable extent, plays along with this narrative. Throughout Europe, the Leftist worldview has almost wholly succeeded in supplanting Christianity.

Having already ditched core Christian beliefs and accepted Leftist social views, fashionable liberal neo-Protestantism and its Catholic counterpart is no threat to the Left; accepting the progressive perspective they travel the same path as progressivism. Christians who do not go along with the progressive narrative are portrayed as Islamophobic, homophobic, transphobic etc Neanderthals.

The truth about Islam’s present-day record of violence in the West would shine a light on the Christian West’s far superior moral record. So the Left employs a two-pronged strategy: portraying Islam as benign and Christianity as malicious. How much media exposure is there of attacks on individual Christians compared with the stress on the threat of a supposed Islamophobic backlash whenever there is a Muslim atrocity in Britain?

Attacks on Christianity are ignored by the media to help maintain the fiction that Islam is ‘a religion of peace’. By promoting multiculturalism and downplaying Christianity’s role in shaping Western culture, both Islam and Western progressives pursue the same goal: the replacement of Christianity as the interpretative narrative for the West.

That the progressive Left remains true to its principles should not surprise us. That orthodox Christians should remain silent is a matter of regret. Christians should give our political elites no rest until they take action to protect Christians. We can also play our part by supporting organisations such as Barnabas Fund and Open Doors which aid beleaguered Christians. And always pray.