NewsPaperthe art of publishing
HomeNewsWhere’s the Brexit Standards Authority when you need it?
23

Where’s the Brexit Standards Authority when you need it? 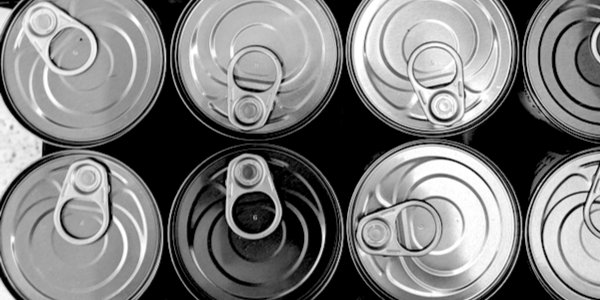 ‘LET’S be honest here, no one really knows what’s going on with this whole Brexit malarkey . . .’

No, not the opening line of the latest press release by Theresa May, although a statement containing such candour would be more honest than anything else emanating from the bunker at Number 10.

The text is in fact from advertising copy issued in January by Cash On Go Ltd, a financial services company trading as Peachy which specialises in short-term loans.

The blurb continued: ‘We do not want to believe that Brexit will impact on the amount of food available, but it’s still a good idea to have a little stockpile ready.’

The Advertising Standards Authority (ASA) has this week upheld a complaint that this advert ‘irresponsibly encouraged people to take out a loan by playing on their fears’. The ASA ruled that the ad ‘put emotional pressure on readers to the effect that it was sensible to go further than they would otherwise have been able to afford’.

By coincidence, a similar tactic was being employed at Westminster. Following last week’s parliamentary votes, it seemed that Theresa May and her advisers successfully were applying ‘emotional pressure’ and ‘playing on the fears’ of some Brexiteers that waving through her woeful Withdrawal Agreement had become the UK’s one and only chance of achieving some form of exit from the EU.

The loan provider Peachy had advertised a promotional discount alongside the bold text instruction: ‘In case of emergency press here.’ David Davis already had clicked that link for the second vote; for the third, Esther McVey planned to ‘hold her nose’ and submit; even the finger of Jacob Rees-Mogg appeared to be hovering above the emergency option.

Other Brexiteers indicated they also were poised to hit the panic button; and although Theresa May was far from dry land, briefly the tide appeared to have turned in her favour. But just as the advert cautioned, nothing involving Mrs May ever goes ‘swimmingly’: soon she was again sinking, submerged by the unexpected ‘pop up’ of Wee Johnny Bercow and his mischievous ruling that the prime minister could not put exactly the same proposal to a third vote.

The ASA, which ruled against Peachy, bans adverts which are ‘misleading, harmful, offensive and irresponsible’. At least three of these adjectives can accurately be applied to the shambolic and duplicitous handling of Brexit by Theresa May; however, those with the power to remove this appalling advert for conservatism have so far remained indifferent to Leavers’ ‘concerns and complaints’.

A confident and optimistic government would of course have spent the past two years making adequate preparation and now be poised for a clean break from the EU. But last week parliament not only tried to toss away our one remaining bargaining chip by ‘voting to reject a no-deal Brexit under any circumstances’, Members confirmed the Commons to be full of, in the words of Allison Pearson, ‘Remainer MPs who would eat their own children to stop that happening’.

Not even the advert by Peachy envisages a food shortage on that scale. For those Remainer MPs, a suitable punishment might be a parliamentary pillory and for the naysayers who deliberately have dishonoured the referendum result to be pelted with rotten fruit. Should you wish to stockpile ammunition, a loan is available.