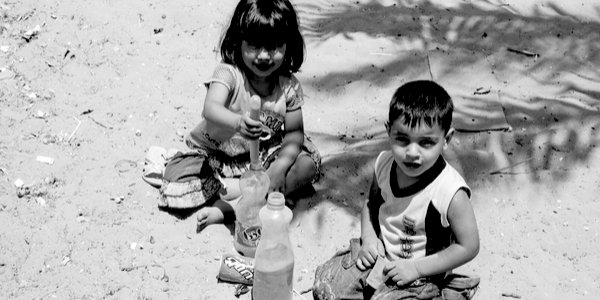 Damian Hinds needs to be a quick learner. That is what Chris McGovern wrote of him on his appointment to the post of Education Secretary after Christmas.

It looks now as though he has not been quick enough.

If he had not discovered this before, he can’t miss it now. Last weekend it emerged that the British government funnelled £20million to Palestinian schools last year. A review by the Institute for Monitoring Peace and Cultural Tolerance in School Education (IMPACT-se) found that this money goes towards funding a curriculum which omits teaching peace, promotes the use of violence – specifically jihad – and encourages martyrdom. An analysis of the textbooks used in Palestinian schools funded by the UK government – using UK taxpayers’ money – found that the books, which come from the Palestinian Authority (PA), ‘exert pressure over young Palestinians to acts of violence’.

For example, a science textbook intended for 12-year-olds claims to teach them Newton’s second law of motion in the following way:

‘During the first Palestinian uprising, Palestinian youths used slingshots to confront the soldiers of the Zionist Occupation and defend themselves from their treacherous bullets. What is the relationship between the elongation of the slingshot’s rubber and the tensile strength affecting it?’

Another textbook, which is meant for teaching arithmetic to nine-year-olds, takes a highly local approach to the matter. Maths lessons as provided by the PA – courtesy of the UK government – teach Palestinian children to add by asking them to calculate the number of ‘martyrs’ in various Palestinian uprisings.

Elsewhere, the survey found that social studies books included images of children in their classrooms with an empty desk fitted with a sign reading ‘Martyr’. Repeatedly the textbooks refer to the ‘Occupation’, to ‘Zionist Occupation’, ‘Zionists’ and much more, all of which perpetuates the notion that Israelis are ‘invaders’ and ‘oppressors’. In other words, these textbooks are clearly and consistently intended to indoctrinate.

Douglas Murray, with his terrier-like pursuit of the truth, exposes this dangerous abuse of British taxpayers’ money here UK: Funding Textbooks That Teach Children to Blow Themselves Up.

It is truly depressing that the British Government is both so dangerously misguided and can have such a mistaken sense of its priorities. As we have repeatedly reported on The Conservative Woman, the UK has a catastrophic literacy problem. It has been pointed out to a succession of Secretaries of State for Education. Andreas Schleicher, director of education for the Organisation for Economic Co-operation and Development (OECD), spelled out the brutal truth for the new incumbent in January. Twenty per cent of UK 15-year-olds are neither literate nor numerate.

As Douglas Murray says, this is the true scandal for Britain: that while the UK government fails to pump the resources needed into helping young British children to grow up literate and numerate in Britain, it pumps millions of pounds into the Palestinian Authority to make sure that Palestinian children think that a career of violence is a career worth pursuing.

Once again he is absolutely right. I hope Damian Hinds will move quickly from the back of the class to the front now he has no more excuses that no one told him.