NewsPaperthe art of publishing
HomeNewsWhile the West obsesses over Covid, Islamic State is on the march
95

While the West obsesses over Covid, Islamic State is on the march 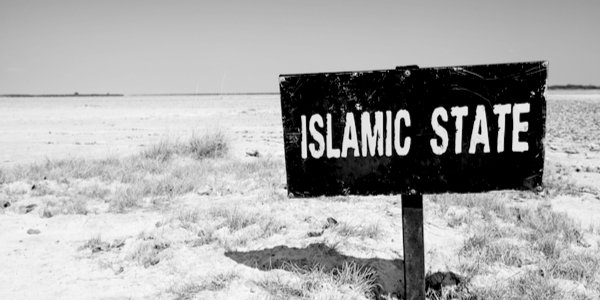 THE Islamic State (IS) is just one of several Islamist groups carrying out global attacks, but it’s the most prolific. In 2021, groups broadly denominated as Salafists – extremist Islamic ideologists who believe death is a fitting penalty for people with different religious beliefs – were responsible for 2,700 global attacks, killing and injuring over 8,000 people.

This is despite the boasts of Presidents Donald Trump and Joe Biden that IS is all but defeated. The reality is that the Islamist terror group has continued to develop despite its lost territory in Iraq and Syria.

IS wasted no time at all at the start of 2021 by slitting the throats of 11 coalminers from Pakistan’s minority Shi’ite community in Baluchistan.

Five months later IS affiliated militants attacked and occupied a town in southern Philippines, taking some civilians hostage and forcing others to flee.

Biden’s disastrous withdrawal of American troops from Afghanistan didn’t only embolden the Taliban but IS too, his demonstrable inability to stand up to Islamists proving dangerous both for the West and its allies.

It has turned Afghanistan into the new staging ground for jihadists jostling for dominance and fighting to show who are more devoted to their Islamist death cult. IS accusing the Taliban of being ‘apostates’ would be laughable if it weren’t for innocents being slaughtered in this war between them.

It was IS who claimed responsibility for an attack at an airport in Kabul in August 2021, in which a dozen US troops and 60 Afghans died. Two months later, it carried out several suicide bombings in the east of the country, including attacking a Shia mosque in Kunduz, killing 50 people and wounding another 100. IS targets Shia Muslims, often minorities in Sunni Muslim states, believing them to be heretics.

The other minority group being persecuted by IS, in fact by all jihadists, are Christians. Their oppression in Afghanistan, by both the Taliban and IS, accelerated after the US withdrawal. The country is now top of Open Doors’ ranking of 50 nations where Christians are persecuted.

This is not helped by China. Its fiercely colonialist Belt and Road Initiative has great influence in Afghanistan, and the Chinese Communist Party has ordered the Taliban to rid its country of Uyghur Muslims. IS warns it will use Uyghur insurgents as suicide bombers to retaliate. Thanks to its meddling, China is now partly responsible for this new civil war in Afghanistan. Like pieces moving on a chessboard, alliances are rapidly changing in the Middle East and Asia, strengthening China’s power base and emboldening Salafists like IS.

Before the attack on Kabul airport and after the Taliban released thousands of IS militants from prison, Israel expressed concerns about US weapons being captured by IS insurgents planning to head to the Sinai Peninsula. These concerns are justifiable given that IS, known in Egypt as Daesh-Sinai, are the most active terrorist group in the country, targeting both the military and Christians. Last June, Daesh-Sinai escalated their activities in the Sinai Peninsula by blowing up Egyptian military checkpoints in North Sinai, murdering more than 100 people, making this one of the most deadly attacks in Egypt. Israel and Egypt are united in their attempts to defend themselves against this brutal jihadist war waged by IS.

IS is also rising again in Iraq and Syria, using guerilla tactics on military and civilian targets, and invading Kurdish villages. Last February, it ambushed Syrian troops, killing 26. In December, its jihadists ambushed a village in northern Iraq, killing four Peshmerga soldiers and one civilian, and wounding six others.

IS is not only active in East Asia and the Middle East, but also in Africa. In March, IS attacked a town in northern Mozambique called Palma, murdering 55 people, burning houses and beheading children. Half of Palma’s inhabitants – almost 68,000 people – were displaced by the attack and hundreds are still missing.

Mozambique has a dark history of civil war, making it unstable. Unsafe, failed states are rich fertile grounds for IS, which is seeking to establish a caliphate in the country.  In a horrifying echo of its persecution and slavery of the Yazidis, IS is capturing light-skinned Christian girls and women in Mozambique’s lawless northern region and selling them as sex slaves. The persecution of Christians is now so dire that Mozambique was added to the Open Doors watch list for the first time last year.

South Africa too faces potential threats from IS, which is actively recruiting there. The country could be subjected to similar attacks as its northern neighbour Mozambique, and risks being drawn into a protracted war with these Islamists. The immense corruption and inept security make South Africa a popular playground for jihadists.

Further north in Africa, IS continues to advance. War between IS West African Province (ISWAP) and Boko Haram is ripping apart the Sahel, and innocents are suffering. Since 2009, when Islamists began their terror campaign in Nigeria, over two million people have been displaced and 40,000 killed. Both factions are determined to fight to the death to prove dominance in the region. In September 2021, 100 people died as they clashed at the shores of Lake Chad in Nigeria in a bid to seize strategic fishing grounds.

Two months later, IS claimed responsibility for three suicide bombing attacks in Kampala, Uganda. This was the first attack by IS in an East African country, showing the ambition of these Islamic fundamentalists.  ISWAP also killed six troops from Niger and Nigeria.

Reports say that the militants were heavily armed, indicating that IS is well funded. Mali is also threatened by jihadist terrorists, with both IS and Al Qaeda active in the country. In December, Islamists murdered 31 people and injured dozens on a bus in central Mali. On Christmas Day, an IS suicide bomber targeted Christians in the Democratic Republic of Congo (DRC), killing and wounding 27.

Thanks to their hysterical over-reaction to a bad flu virus, the West and its allies such as Israel are now weakened and impoverished, and their abilities to effectively defend against Islamic extremism, severely diminished. Some leaders, like lockdown extremist Jacinda Ardern, are actively giving sanctuary to IS operatives. While Westerners navel-gaze over microaggressions, pronouns and Covid-19, they remain blind to the very real dangers of Islamist terrorism rising yet again.

Share
Facebook
Twitter
WhatsApp
Email
Previous articleShould we get entangled in Ukraine? The short answer is no
Next article‘I couldn’t function as a non-jabbed human being in Australia’