While the West waffles about ‘identity’, China builds missiles 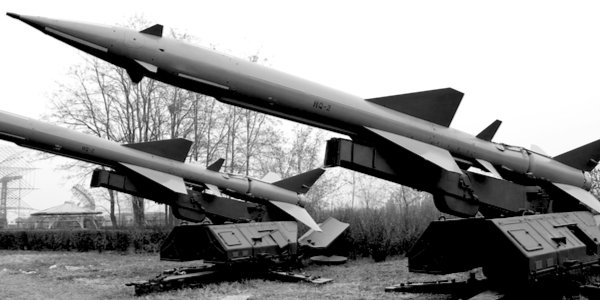 THE Chinese have hypersonic missiles. It doesn’t sound good, does it?

According to the Financial Times, the chaps in Beijing successfully tested a hypersonic weapon and glide vehicle in August. This allows them to fly a rocket – nuke potentially strapped on – into low Earth orbit, where it can be more easily manoeuvred and can take US defence missile systems by surprise.

Most of America’s anti-missile systems face north, presuming that any attack from states such as North Korea would come across the North Pole. By putting a missile into low orbit, the Chinese could strike from the opposite direction, namely the soft southern underbelly of the United States.

The systems put into operation by the Chinese are not new. Hypersonic missiles sound scary and very 21st century, but they are of last century vintage. The German V-2 rocket, for example, was almost hypersonic: with a maximum speed of 5,760 km/h, it was only 400 km/h shy of earning that frightening label. Modern inter-continental ballistic missiles are already ‘high-hypersonic’, travelling at up to 20 times the speed of sound.

The concept of putting weapons into low-level orbit is also not new. Known as the Fractional Orbital Bombardment System, the USSR developed similar technologies in the 1960s, the idea being practically the same: launching nuclear warheads into low Earth orbit before bringing them down on their target; a far different trajectory than the arch of ICBMs.

So what the Chinese have done is to adopt already developed technology, though one with significant limitations, including the necessity to reduce payloads, and attached it to another, thereby overcoming existing missile defences, something on which the US have been spending heavily in recent years. As is for ever the case, once a nation’s weapon system is rendered less effective, they focus development efforts elsewhere.

This hasn’t stopped Comrade Xi and friends building up their other missile capabilities, with more than 200 ICBM silos in construction in the Middle Kingdom, according to American satellite imagery. They already have 100 that can strike the United States should they wish. This is all in an attempt to keep the madness of MAD (Mutually Assured Destruction) in play. After all, the Yanks still have enough nuclear-armed submarines that could pop up to the surface and pepper China with warheads, should it ever come to that.

More broadly, with around 1,700 deployable nuclear warheads, a world-charring deterrent remains in the hands of the Americans. Any sneaky attempt by the Chinese to launch a nuclear bomb would still, as it would always have done, result in the obliteration of mankind. Heart-warming stuff.

I am no rocket scientist, so perhaps some of the finer points have escaped me. It does appear, more broadly, that the United States have not advanced at the same rate in creating hypersonic missile technologies. Preferring bigger, more showy tech, they have, for example, invested in aircraft carriers that, should a swarm of hypersonic missiles come their way, will rank among the most costly hulks lying on the ocean floor.

There is a greater issue to hand: we are examining brushstrokes of the more horrific overall picture. The Chinese constitute the West’s primary geopolitical adversary. Newspapers are full, after this most recent test, of discussions about China’s inexorable rise. Beijing is the new Rome to America’s waning Carthaginian star. Perhaps we should all start taking Mandarin night classes.

But surely even this analogy is wide of the mark. Never in history has a state willingly put key parts of its industrial supply chain on cheap, but virulently hostile, foreign soil. Had the chance ever arisen, surely nobody would have countenanced such patent madness.

This disaster of civilisational scale is the result of various things. The greed of pursuing unadulterated short-term shareholder interest at the expense of Western states. The naivety of assuming that trade would somehow change the Chinese leopard’s spots. The corruption of our political elites who are willing to gorge themselves on wads of Renminbi. The idiocy of those who believed that the end of history had arrived.

According to the FT‘s report, ‘experts’ have no idea how Chinese technology managed to catch up so quickly. I have a fair idea: as America and the West more broadly has wasted millions of man (sorry, person) hours on farcical discussions about ‘identity’, the Chinese, asserting the dominance of the Han and the Communist Party, have been beavering away. Time – the most precious commodity of all – has not been squandered by Beijing.

It has taken them 30 years to get into a position of being able legitimately to challenge the dominance of the West. No doubt had we not helped them along the way it would have taken much longer. Now it seems unlikely that we have the fight to reverse that process. The challenge too large, the difficulties not fixable by a knockabout speech delivered to the party faithful, we indulge our minds on the hollow nothings of modern Western political discourse.