NewsPaperthe art of publishing
HomeNewsWhingeing along with Miley, the BBC’s ‘downtrodden’ sisterhood
169

Whingeing along with Miley, the BBC’s ‘downtrodden’ sisterhood 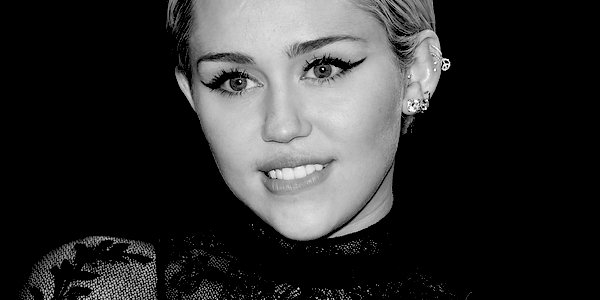 IN 2018, nothing said Christmas like feminist offence at a seasonal song lyric. Laura Perrins has already reported how Baby, It’s Cold Outside is now condemned as a beginner’s guide to date rape. And in a recent skit on US television, Miley Cyrus (an American singer and actress, m’lud; popular amongst the young people), performed a reworded version of Eartha Kitt’s festive ditty Santa Baby. Eschewing the original’s light-hearted desire for a sugar daddy – ‘I can buy my own damn stuff,’ insists Miley – for today’s sensibilities the song’s Christmas wishes were updated to include:

By some ignorant jerk

Tell the dirtbag to put away the chimney tonight

‘Actress’ is of course a presumptuously gender-specific term, whereas thoroughly modern Miley self-identifies as both gender-neutral and pansexual. In spite of which, for this revised rendition of Santa Baby, Cyrus reverted to her assigned sex when warbling:

Listen, Santa, to what I say

Poor Miley, whose net worth is estimated to be just $160million, might not be aware that in the UK anything other than equal pay for the same work is illegal. Nonetheless, singing along with this couplet will be the protest group BBC Women which, since the Beeb first released a pay list 18 months ago, has continually complained of discriminatory differentials within the Corporation.

Their grievance has continued despite – in fact it was exacerbated by – an audit by the accountancy firm PwC, published in January 2018, which found: ‘Where pay differences have been identified amongst employees in similar roles, these are typically driven by material and justifiable factors unrelated to gender . . . while there are some differences to address, we have not seen anything in our work which leads us to believe this is as a result of gender bias in the setting of pay.’

PwC also identified and recommended for ‘upward pay adjustment’ 188 on-air presenters – the majority of whom, rather amusingly, were men. Naturally, Jane Garvey, presenter of Radio 4’s Woman’s Hour, saw only deceit: ‘The report would say that, wouldn’t it? This is a PwC report commissioned by the BBC and, without being overly cynical, I might venture to suggest that the PwC has delivered the report the BBC has asked for.’

Or put another way, for its analysis and report PwC declined to take dictation from BBC Women. Almost a year on, The Times now reports that more than 1,000 pay complaints by Corporation employees have directly resulted in 316 pay increases. The next earnings list, for 2018/19, will in due course reveal the full extent to which the BBC has hiked the salaries of many familiar female faces. In the meantime, The Times article was also a helpful reminder that some substantial increases are already known: the Beeb’s most recent list, for 2017/18, most notably allowed us to see Emily’s pay, the salary of Newsnight’s Ms Maitlis having soared from under £150,000 to at least £220,000.

Assuming Maitlis to have been amongst those who had appealed about their pay, her whack is included in an average increase of £6,104. Of the 316 successful complainants, 104 were men, with only two-thirds being from the BBC’s battalion of supposedly downtrodden women.

It would take a heart of stone not to laugh – except that those 316 ‘upward adjustments’ were an extra annual cost to the TV licence-payer of almost £2million. Mind you, this is loose change within an organisation which, for last financial year 2017/2018, was already reported to have bestowed double-digit pay increases upon one in seven of its workforce, costing the public an additional £17.8million.

Miley Cyrus rejects his extravagant gifts, but Santa still appears to be in charge of pay awards at the BBC.