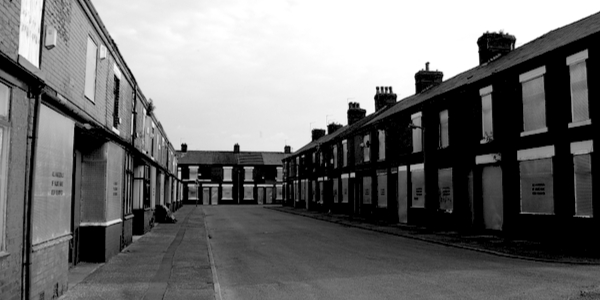 I’D better start with my apology and get it over with. I am a white man. Though I had no hand in this, it’s probably my fault anyway. To make things worse, I’m not poor. I’m not rich either, though I do own my small house in Eastbourne. But according to the dogmas of the controlling woke orthodoxy, I am privileged merely because I am white. And, since I was born white and have subsequently received no additional colouring, I have remained white all my life – and so shamefully privileged.

I was born into privilege. It was in Oak Road, a dilapidated Victorian street in Leeds, looking out over the field to Armley prison. This so-called field was really a few acres of scrub and rubble. At one end of Oak Road was the noisy Leeds-Lancashire railway line and beside the track was Greenwood’s and Batley’s engineering works. From our back door we could see – and smell – the gasworks. At the other end of Oak Road was the Copley Hill goods yard, a busy storage depot of raw materials and a shunting area for the wagons.

Aye, I well remember those far-off days of my early privilege! We had two bedrooms, no bathroom and all our hot water came from a gas geyser in the kitchen. The lavatories were outside at the back underneath ‘the midden’, a brick-built repository for all the household rubbish produced by the houses on our section of Oak Road. Depending on which way the wind was blowing, it rivalled the gasworks for stink, and won hands-down in the summertime.

We were never lonely, given the intimate company of the mice and rats. Some of our neighbours were so privileged that they contracted TB, the favourite disease of the Romantic poets. The less-privileged had to make do with rickets. And on the south side of the gasworks were the even more privileged suburbs of Holbeck and Hunslet in which one thoroughfare, Skillbeck Street, had to be fumigated every couple of weeks or so.

We were further privileged by the fact that, though we inhabited a slum, there was little crime apart from a handful of burglaries. There was no violence on the unlit streets, and the doorways and tram shelters were not occupied by layabout drug addicts.

Strange to tell, all of us Armleyites were white.

Well, those privileged early days are a long way off, so let me come into the present and tell you the shocking news that some people – members of Parliament’s education select committee, no less – have uttered the appalling heresy that not all white people are privileged. It has not yet been revealed what their punishment will be for their disgraceful transgressing of woke orthodox dogma.

The committee reported that only 53 per cent of white British pupils privileged to be receiving free school meals reached an acceptable standard of development in the early years foundation course – the lowest percentage for any ethnic group. Only 17.7 per cent of the poorest white pupils achieved grade 5 or above in English and maths compared with 22.5 per cent of their peers in other ethnic groups.

Funny thing, this white privilege, isn’t it? It seems to refer to the unfortunates at the bottom of the pile.