NewsPaperthe art of publishing
HomeNewsWhitty and Van-Tam, knighted for defending the indefensible
0

Whitty and Van-Tam, knighted for defending the indefensible 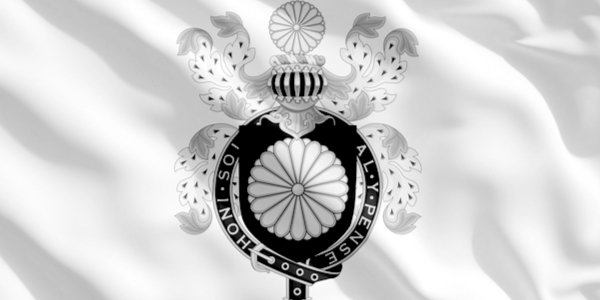 DESPITE TCW’s relentless criticism of UK Covid policies, England’s chief medical officers Chris Whitty and Jonathan Van-Tam deserve our congratulations on their knighthoods. They have had the unenviable task of defending the indefensible as front men for a government in the grip of a massively powerful wave of global hysteria, driven by an international vaccines cartel making hundreds of billions from the crisis. They have played their role with politeness, courage and humour.

Nor does it make any less urgent the need to recognise that Covid vaccines are causing widespread harm and should be withdrawn immediately, as the British evidence-based medicine specialist Dr Tess Lawrie and top US cardiologist Dr Peter McCullough, among others, have long insisted.

The jabs fail to protect against infection and transmission, and even the claimed reduction in severity of symptoms does not last – hence the endless need for booster shots.

Worse, we now know every dose of the ingenious but experimental vaccines carries a risk of causing harm because of the toxic nature of the ‘spike’ protein the mRNA gene instructs our bodies to manufacture. The risk is small for each individual, but far greater than for any other vaccine in history.

Drug regulators, whose very existence has become dependent on cash from the industries they are supposed to be monitoring, have their heads in the sand as long as they insist the thousands of deaths and injuries reported after the jabs are largely coincidental.

The situation is similar to the denial of impending disaster portrayed in the 2021 movie Don’t Look Up. A young astronomer, Kate Dibiasky, played by Jennifer Lawrence, identifies a huge comet heading for Earth and rages against politicians, media and tech giants who refuse to take her warning seriously.

A real-life equivalent, with Covid, is Dr Jessica Rose, an immunologist and molecular biologist who specialises in investigating infectious disease mechanisms. A research fellow with Israel’s Institute for Pure and Applied Knowledge, she is almost as angry as Dibiasky, as you can see here in a December 28 conversation with nutritional scientist Dr Chris Masterjohn.

In a presentation last September to the US Food and Drug Administration’s vaccines advisory committee, Rose demonstrated that adverse event reports for Covid-associated products alone were already more than 1,000 per cent higher in 2021 than total annual reports for all other vaccines given over the past ten years. A comparative analysis of flu data showed the increase was real, and a clear signal of ‘huge risks that, in my opinion, outweigh any potential benefits associated with these products, especially for children’.

Dismissing claims that the US Vaccine Adverse Event Reporting System (VAERS) produces ‘junk’ statistics, Rose told Masterjohn that most entries are made by doctors and nurses, and vetted to make sure there are no duplicates. It is a federal crime to submit a false entry.

‘I am analysing this as a data set, but these are people who sustained an injury in most cases in very close temporal proximity to the injection,’ she said. ‘To call these people who filed reports “junk” is an insult. Many are elderly, and some died. They don’t have a voice. And this doesn’t consider the real number of people who are suffering adverse events.’

Her own estimate of the actual rate, based on clinical trial data for the Pfizer vaccine, is that it is 31 times higher than the numbers registered with VAERS. Other analysts have come up with similar estimates.

‘We think it’s somewhere between 31 and 100,’ she said. ‘Under-reporting is a very real factor. But you don’t even need it if you are speaking about reasons why these rollouts should have been stopped back in January.’

The US domestic dataset alone, now with almost 700,000 adverse event reports from the Pfizer, Moderna and Johnson & Johnson mRNA vaccines, should have been enough to sound the alarm, she says.

Fresh evidence in favour of withdrawing the products includes a resurgence of new events linked to the booster shots; increases in cases involving female reproductive issues, sometimes months after the shot; and no sign of an end to so-called ‘breakthrough’ cases, in which vaccinated people fall ill with Covid.

Rose’s biggest concern is what is happening to children, especially 5-11-year-olds. ‘You wouldn’t believe how many reports there are for them already,’ she says.

Two weeks after this group started being injected in the US, just over a million had received the jab, and there were already thousands of adverse event reports filed with VAERS. More than 300 of these were classified as severe, including two deaths, 25 life-threatening conditions and 102 hospitalisations.

Her own analysis shows 933 neurological events in this group, including spinal injuries and resurgence of multiple sclerosis; 1,423 immunological events, including inflammation and low T-cell counts; 29 reports of disabilities, and 1,192 cardiovascular events.

‘These are little people we are talking about. Why are they having cardiovascular issues? It’s crazy. Even one severe injury in a little child, a five-year-old, from a product that’s supposed to produce a healthy circumstance, is too many for me. They should stop using it at all. If no deaths have been caused by these products, prove how you know that. Give us some science.’

Rose emphasises the distinction between infection and disease.  Children have potent innate immune defences, which mean that even when infected by the Covid virus it does not take root in their bodies, so they rarely even become ill from it.

‘We all have innate immunity, but kids are really strong in it,’ she says. ‘When you inject the kids, as opposed to letting them go through this process naturally, you are bypassing the innate immune system – which is really stupid. You are going directly for the acquired immune system, which is going to generate specific antibodies against the spike protein. It’s going to be inferior – you don’t have the generation of antibodies against all the other proteins the virus has.

‘It’s a really stupid idea to mass vaccinate with a non-sterilising product – which means it doesn’t provide protective immunity or stop transmission – across all age groups. We already know Covid-19 doesn’t affect kids. They don’t need this shit. And if we keep doing this, we’re going to destroy our opportunity for herd immunity [the point at which enough people are immune for the virus to be unable to spread].’

Whereas the Omicron variant is highly transmissible but much less harmful – which means we should be welcoming it – we are ‘pushing our luck’, Rose says, with mass vaccinations, as these risk pressurising the virus into evolving more damaging variants.

‘Enough with all this bullshit. Enough of this fear-mongering. Enough with this ridiculous [vaccine] mandate crap. Stop preventing us from seeing our family members and flying freely and living our lives.  Enough with these injections – they don’t work.

‘That’s what I said two years ago and what I am saying again now.  Enough!’

Much of her research, Rose says, was into the ‘brilliant’ concept of immunisation. ‘It’s very cool. It piggy-backs off how the immune system works.’ But conventional vaccines went through a long process of tests, safety checks and approval, typically taking five to ten years.

‘They are experimental. Anyone taking these products now – I’m really sorry to sound crazy, because I know this is hard to hear for many people – but if you’ve taken these products you’ve entered into an experiment. Your intentions were good, but you were not provided with informed consent, which means you weren’t given information which is available now, and plentiful, of risks associated with these things, or the benefits.

‘If you were given the risks and benefits, you might decide, “I’d rather take my chances with Covid. I might never even get Covid”.

‘These Covid products were a super-rushed job. Animal trials were not done. So many things were wrong with the so-called safety trials.

‘The RNA is fragile, so it has to be encapsulated. It is dumped as a payload into the cell, and uses the cell machinery to translate into the protein. It sounds a brilliant concept but we didn’t find out enough about it.’

In the UK, nearly 2,000 deaths and more than one million adverse events have been reported to regulators in the wake of Covid shots.  But go to the NHS Covid website, and you’ll see it tells you the jabs are ‘safe and effective, and give you the best protection against Covid-19’.

The evidence against such a claim has become so incontrovertible that NHS chiefs, regardless of honours for past services, are now surely in direct dereliction of their duty by continuing so to mislead the public.