NewsPaperthe art of publishing
HomeNewsWho but us would put up with these anti-English hypocrites?
133

Who but us would put up with these anti-English hypocrites? 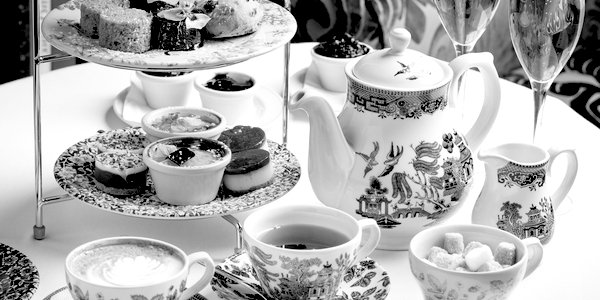 My hand moved towards the off button as I knew what was coming next: ‘After all the racism I’ve experienced, the Queen can stuff her award.’ Instead I heard: ‘The welcome I received was extraordinary. I’m proud of this award and proud of Britain.’

Since Ishiguro grew up in Guildford, I think we can almost read ‘England’ for ‘Britain’, and after hearing nothing but hatred and contempt for this country for so long, his words were a complete surprise.

According to a YouGov poll of 20,081 adults published last week, there is little pride in being from this country. More than half of 18-to-24-year-olds said they were embarrassed to be English. In many London boroughs fewer than four in ten took any pride in Englishness.

In Oxford, where 70 per cent voted to remain in the EU, 45 per cent said they didn’t identify strongly as English. The university town is Labour. Being on the Left doesn’t automatically make people anti-English. We once had patriotic socialists; even Harold Wilson was close to the Queen. Things are different now because multi-culturalism and immigration are central to Left-wing ideology. Small countries may have their own identity but England may not because of its connection with the evils of Empire and slavery, aka racism.

The first evidence of this Englandism, the new racism, was perhaps in 1972 when the BBC screened The British Empire, an interrogation of imperialism, thirteen hours long. It condemned British history in one massive sweep. Its most famous scene showed Indian rebels tied to mouths of English cannons.

‘It wasn’t all bad,’ my parents and their friends pleaded. But teenagers like me swallowed every word. The Empire became part of the generational fight as the young were seduced by Soviet propaganda. My core history course at Stirling University was ‘Economic Imperialism and the Third World’.

I went to live in the Eastern Bloc, decided I didn’t like Soviet socialism and returned to the UK in 1979 to find that my contemporaries were almost all Marxist and virulently ‘anti-nationalist’, meaning anti-English.

Briefing against England is still integral to the national curriculum. Following the YouGov report, Professor Frank Furedi, from the University of Kent, blamed schools for failing to teach children a sense of pride in the country’s past. ‘In schools they have almost stopped teaching history and what they do teach tends to be very sceptical of Britain’s past,’ he said.

Key Stage 1 offers the chance to explore the lives of Queen Victoria, Christopher Columbus, Neil Armstrong, L S Lowry, Rosa Parks, Emily Davison, Mary Seacole and/or Florence Nightingale. Whether children between five and seven need to know about Rosa Parks or Emily Davison is debatable. The ‘and/or’ between Seacole and Nightingale exposes the continued intrusion of Left-wing dogma at the expense of scholarship.

The products of this liberal arts education now fill the media. The former social affairs editor of Sky News, British/Ghanaian Afua Hirsch, became famous for suggesting that Nelson’s Column should destroyed because he endorsed slavery. She was recently given her own programme, The Battle for Britain’s Heroes, on Channel 4.

Educated at a private school in Wimbledon then Oxford, with a law diploma from a private college, Hirsch took viewers on a tour of our shameful imperialist past which has created our racist present, so damaging to people like her. Her first target was Churchill.

She invited us to look at the ‘darker’, ‘suppressed’ side of his career. He was, she said, callous about the fate of the ‘uncivilised tribes’ of Iraq whom he hit with poison gas in 1920. Unfortunately for her, in England we know about these things already; there are no suppressed facts. But she was desperate to prove a point.

She recently told a newspaper about the evils of her childhood in England.

‘I didn’t find race, race found me,’ she said whilst modelling a Victoria Beckham coat costing nearly £2,000 and Jimmy Choo boots at £650. ‘In the playground, in the classroom, on the street, in the shops. I already knew that I looked different but that there was something bad about my difference, that there was something inherently undesirable about being black – that, I had to be taught. By the end of my childhood I’d learned that black people were ugly. It took a few more years to learn that we were criminals, too.’

Her fellow Englandist, novelist Zadie Smith, educated at a comprehensive in leafy Hampstead and Cambridge, was recently given the BBC Radio 4 Book of the Week slot, reading her essays in doleful voice accompanied by wistful piano.

She says we are living in ‘the darkest of political times’. Trump and Brexit mean that all social progress has stopped. She said glumly that the ‘sunny uplands’ she once knew have been replaced by ‘banality and meanness’.

In episode three she described her childhood among Africans, Asians and Latvian Jews, without explaining why they’d chosen England as home. Instead she made a parallel between UK colonialism and the traumatic diaspora of Europe’s Jews. She then admitted things are better than previously, when ‘I could not vote, drink from the same water-fountain as my fellow citizens, have my children or marry the man I chose’.

We’ve never had many water-fountains, water-coolers or ball parks in England, so she might have been referring to the US where she is professor of creative writing at NY University. She wasn’t clear; it could have applied to both lands of equal evil.

Smith and Hirsch are mixed-race but both identify as black, with all the benefits of victim status that brings, transcending nationality and class. Smith particularly does this, joining what black American writer Zara Neale called ‘the sobbing school of Negrohood’.

She is upset to read that many Americans wish they could live in the 1950s and suspects many in England feel the same. Both women are furious that the creed of multi-culturalism with which they grew up is now being questioned.

Nothing pleasant, you can feel her hoping. Neither of these Englandists ever mention the suppressed dark side of multi-culturalism which has replaced the England many of us knew; modern slavery, drug trafficking, FGM, forced marriage, electoral fraud, mugging, knife crime, gang violence, slum landlordism. Nor the problem of Islam. Eighty per cent and rising of Muslim marriages in England are made in sharia courts, giving women fewer rights than any black woman in America even fifty years ago.

Some of us are still proud of being ‘mere English’, as Elizabeth I described herself with delightful irony. We are self-deprecating (the reason you hardly see our flag), enjoy irony, sarcasm, understatement, and we don’t boast. Although those habits are changing as social media turns us increasingly American.

I pride myself that we are the only people who could have invented Guide Dogs for the Blind, awarded the Dicken Medal to brave pigeons in WWII and still cherish radio drama, baking, gardening and topiary. Not forgetting locally brewed beer, tea and The Archers. We like kindness and honest dealing. What you see is what you get and if you don’t like us, kindly go away. But you won’t, will you, because like the whole world and his many wives, you secretly like it here too.