NewsPaperthe art of publishing
HomeNewsWho is best to spy on the spies?
0

Who is best to spy on the spies? 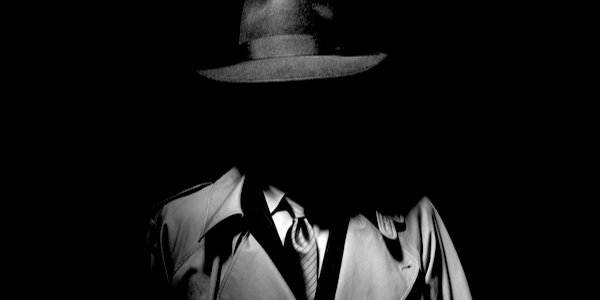 ‘QUIS custodiet ipsos custodes?’ It’s one of the oldest questions in the world, relevant in dictatorships and democracies alike. Meaning ‘Who will guard the guards themselves?’ it voices the perennial dilemma: who can best be trusted to watch over those whom we trust to keep us safe?

You might think that someone who successfully ran an undercover operation to get elected chair of the Commons Intelligence and Security scrutiny committee – defeating the compliant trusty whom the government had hoped to shoehorn into the post – without anyone from the government finding out, thereby demonstrating both a fine understanding of intrigue and the ability to keep a secret, possesses the ideal qualifications for the job.

Boris Johnson’s government, however, disagrees. Its reaction to New Forest East Conservative MP Julian Lewis’s securing of the chairmanship of this important scrutiny committee, by secretly nominating himself and then caucusing with Opposition MPs who subsequently voted for him, was petulantly to accuse of him of duplicity and even withdraw the Tory whip, in effect sacking him from the party.

What could have prompted such a fit of childish pique? Resentment at having been outmanoeuvred, coupled with a sense of entitlement that such a key chairmanship ought axiomatically to be in government hands? Perhaps. Exposure to public view of what was clearly a massive failure of parliamentary management? Maybe.

Or was it frustration because the unsuccessful government nominee, Chris Grayling, widely known as ‘Failing Grayling’ for being unusually accident-prone and with an unimpressive record both as Transport Secretary and Justice Secretary, but who was Boris Johnson’s campaign manager in his successful party leadership bid, had been promised the chairmanship as a reward?

It can’t be a matter of much dispute that Lewis is eminently more qualified for the role than Grayling, who has been criticised for his lack of experience of intelligence and security matters by even his fellow Tory MPs. In contrast, Lewis, in the manner of Right-leaning long-standing backbenchers whom the Conservative Party’s ‘liberal’ hierarchy finds embarrassing and routinely keeps hidden, has made defence, intelligence and security his specialist subject, and is respected for it.

Lewis is a confirmed Eurosceptic and Brexiteer, which may also be a clue as to why his chairmanship seems to be so discomforting to the party hierarchy, as will be explored further below.

In the immediate aftermath, the ‘Conservative’ Party’s anger shows no sign of abating. The much-diminished Jacob Rees-Mogg has accused Lewis of ‘playing ducks and drakes’ with Labour MPs – a curious charge if Number Ten still denies any intention to shoehorn Grayling into the committee chairmanship – and yesterday refused to rule out the government’s blocking Lewis’s ascension to the role.

Boris Johnson has been warned by senior Tory backbench MPs not to try to remove Lewis from the chairmanship of the committee, or even from membership of it. Clearly, their rebellion earlier this week against the Government for not going either far enough or fast enough on the removal of Huawei from our telecommunications infrastructure has emboldened them.

In the meantime, Lewis has provided his own version of events, stressing that:

1.         The chairmanship of the committee is a parliamentary appointment and not within the gift of the PM;

3.       Contrary to Number Ten’s denial of any interference, it evidently preferred to have Grayling as chair of the committee, as Lewis himself received a text asking if he would vote for him.

And as Lewis wryly observes, if it wasn’t the Government’s intention to parachute Grayling into the chairmanship, its decision to deprive him of the Tory whip for not voting for Grayling looks like a massive over-reaction.

So what’s going on?

As a Brexiteer Lewis, I suspect, would be far more likely to interrogate the government on the security and intelligence implications of any continuing below-the-radar co-operation with the EU. That, of course, might lead to similar probing on any continuing below-the-radar tie-up with the EU’s developing Defence Union and the PESCO mechanism. Perhaps Grayling, having been rewarded for running Johnson’s leadership campaign, could have been trusted to ensure the Committee did not enquire too closely into such matters?

Grayling had also been thought to be much less likely to pressure the Government for an early public release of the 2018 report on alleged Russian interference in British democracy. (I’ve always suspected this allegation to be yet another desperate attempt by the anti-Brexit, Continuity-Remainer faction of the political establishment to delegitimise both the vote for Brexit and subsequent general elections confirming it.)

The fall-out in that direction from his failure to secure the chairmanship has already started. In possibly a pre-emptive move, Foreign Secretary Dominic Raab yesterday accused the Russian state of hacking UK vaccine research and attempting to influence last December’s general election.

Theoretically, the ‘Conservative’ Party might try to thwart the Lewis chairmanship of the Intelligence and Security Committee on the spurious grounds that it is inappropriate for such a pivotal appointment to be held by an independent MP not affiliated to any party, much less the governing party. In doing so, however, it would risk making itself look even more petulant and dictatorial, as well as making others wonder just what it might be trying to hide.

The government’s best course would be to accept a self-inflicted defeat, for MPs to press for the restoration to Lewis of the whip, and for the party console itself that a key Commons committee is in the hands of the MP best suited to the job.

Homo scit exterriti custodes spectemus – only a man who knows guards can watch the guards.