NewsPaperthe art of publishing
HomeNewsWho is the Supreme Court leaker?
24

Who is the Supreme Court leaker? 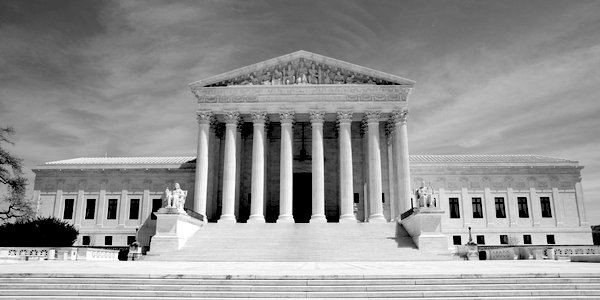 IT IS well over a month since Chief Justice John G Roberts Jnr confirmed the authenticity of a leaked Supreme Court draft opinion written by Justice Samuel Alito on Roe v. Wade.The document presents an excoriating repudiation of the 1973 decision which guaranteed federal constitutional protections of abortion rights and a 1992 decision, Planned Parenthood v. Casey, which largely maintained them.

The shock of the ruling is one thing; the act of its leaking and publication by Politico quite another. Roberts described it as ‘a singular and egregious breach’ of the court’s trust and initiated an immediate investigation.

He instructed the Supreme Court Marshal,  Gail A Curley, a lawyer and former army colonel, to carry out the inquiry. According to the New York Times, Ms Curley did not ask the Justice Department to open a criminal investigation or seek additional resources. Republican calls for FBI involvement did not bear fruit.

Regardless of her findings, which no one is sure will be made public, the incident and its aftermath tells us several important things about today’s America. First, it demonstrates that the Supreme Court is no longer held inviolate, even by insiders. The social importance of this fact cannot be overstated.

Second, the draft itself shows that the court intends to strike down Roe V Wade, the ruling which made abortion legal nationwide and which liberals claim buttresses other privacy interests not expressly stated in the Constitution, including gay marriage. This is highly contentious.

Third, although up to 75 people could legitimately have had access to the document, reports make clear that clerks are the focus of the investigation. Supreme Court clerks are an extraordinarily privileged group, drawn usually from the top graduates of Ivy League law schools. They are appointed for one year, during which time they research case law, prepare the justice to hear oral arguments and sometimes write preparatory drafts of a majority or dissenting opinion.

The appointments are golden tickets to coveted and lucrative careers in the law and public service. According to the industry journal Above The Law, the ‘long established’ signing-on fee for Supreme Court clerks moving on to top law firms is  $400,000, with ‘none willing to sign on for less’. These young lawyers also expect at least a six-figure starting salary, bonuses and fast-track promotion to company partnerships, top government jobs and professorships.

Current senators who were Supreme Court clerks include Republicans Ted Cruz, Josh Hawley and Mike Lee.  Democrats have long-serving Richard Blumenthal, said to be one of the richest people in the Senate. Six of the nine Supreme Court justices are former clerks.

Given such high personal stakes, it is remarkable that anyone would take the risk of leaking any draft decision, never mind one of the most incendiary in the court’s history. To lay observers, the act is plainly criminal and should end any potential stellar legal career. CNN reports, however, that no top law firm is willing to go on record condemning the breach or to confirm that it would not employ the leaker.

Such reticence shows a callous disregard for legal process and hints at how far the legal establishment has been captured by Left-wing activists. It rubs salt in the wounds of those who naively expect lawyers to respect the Supreme Court. It is another blow to a country already riven by cultural confusion and alienation.

The inquiry continues in secret while frustration grows. Last month, a Supreme Court spokesman rebuffed questions about either its scope or the size of the investigating team, and failed to confirm whether justices will be compelled to make themselves, their clerks and their contacts available for questioning or hand over their mobile phones and other devices.

A former clerk told Insider that the court is reeling from the blow to its standing and authority. The leak has shattered confidence in the court, which has more than 30 cases pending decisions. The inquiry is a major distraction and ongoing mutual suspicion is likely to erode any hope of ‘collegiality and common purpose’.

The leak is an underhand assault on democracy. The law must be seen to bind all citizens equally, and anything which undermines that rule such as the non-pursuit of ‘mostly peaceful rioters’, amnesties for Antifa public order offences, different treatment for different groups and the recent jury acquittal of Michael Sussmann serve only to weaken society.

People expect that the investigation will identify the source of the leak and that there will be serious and public consequences for this betrayal. The leaker displays extraordinary arrogance. One individual felt able to elevate his or her opinion over the highest in the land. This act, whatever its motive, may change how law is made by making judges wary of declaring their thoughts even in private, lest they become public.

Some argue that a leaked draft opinion is a work in progress and that no real law is threatened, but this overlooks the influence that public reaction may have. If there is any dilution of Justice Alito’s language or the judgment is altered, the implications for future jurisprudence are serious indeed.

Chief Justice Roberts is accountable for the results and for sanctions. Supreme Court Justices have life tenure but, given the politically tendentious nature of the act, there will be calls for any justice found culpable to relinquish his or her seat and stand down. All other staff can be dismissed.

It is still a matter of debate as to whether a prosecutable crime has occurred. Federal law criminalises any unauthorised disclosure of national security secrets and the Espionage Act makes it a felony to disclose information relating to national defence. The identities of covert agents, techniques for surveillance and nuclear secrets are all covered by specific criminal legislation. It is arguable whether a draft opinion about abortion rights law is a national security secret.

Most people consider the leaking of a sensitive government work document, copy or not, to be unlawful,  but the Justice Department does not. Bizarrely, a prosecutorial manual states that any ‘government employee who, for the primary purpose of public exposure of the material, reveals a government document to which he or she gained access lawfully or by non-trespassory means would not be subject to criminal prosecution for the theft’. In the private sector, intellectual property laws would bar such copying but government files are not copyrighted.

As Steven Aftergood, the director of the Project on Government Secrecy at the Federation of American Scientists, said: ‘Lots of things are wrong that are not illegal.’

Let us remind ourselves of what we are dealing with here. Article III, Section 1 of the American Constitution provides that ‘the judicial power of the United States shall be vested in one supreme court’. That court remains the final arbiter of the law: the nine Supreme Court justices require to ensure that the American people receive the promise of equal justice under the law. Any defilement of the court, its processes or its decisions undermines the Constitution and must be met with the most severe public condemnation.