Who’d have thought Germaine Greer would become my heroine? 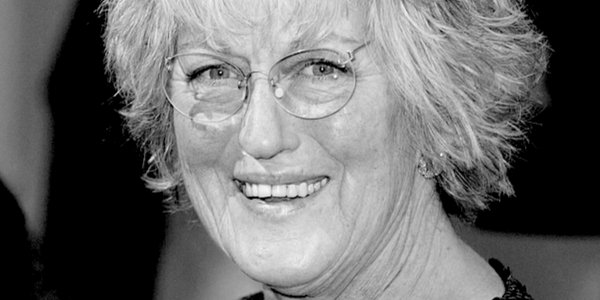 These days, there are few times that I hear Germaine Greer’s voice and don’t find myself agreeing with her. She is funny, frank and fearless and tells the truth as it is. I am full of admiration for this 79-year-old who openly and unashamedly describes herself as ‘an old woman’ and does not try to hide it. I like her.

Has she done a volte-face? I don’t know. I doubt if she’d call herself a social conservative. What I do know is that the former champion of feminism has become a spokeswoman for plain speaking, common sense and truth.

She has carried on being forthright about her views on ‘transsexuality’ – the ones that caused her to be ‘unplatformed’ from a talk at Cardiff University. ‘Post-operative M to F transsexuals are not women,’ she underlined on the BBC’s Newsnight when questioned.

‘A great many women think they don’t look like, sound like or behave like women,’ she said when Kirsty Wark accused her of hurting people’s feelings, concluding that she was not about to walk on eggshells. I cheered.

And the doughty Ms Greer is, praise the Lord, at the forefront of truth telling again – this time taking on the whingeing and manipulative #MeToo movement. Yes, she’s acknowledged that ‘what makes it different is when the man has economic power, as Harvey Weinstein has’.  But she’s also gone on to say that ‘If you spread your legs because he said “Be nice to me and I’ll give you a job in a movie” then I’m afraid that’s tantamount to consent, and it’s too late now to start whingeing about that‘.

Yesterday she was back on the topic, putting #MeToo Mishal Husain in her place on the BBC Radio 4 Today programme. To the question whether the #MeToo movement has gone too far, Greer replied that it was just plain wrong and then, in her own inimitable way, slammed what she described as the staged Hollywood #MeToo ‘career rapees’.

She does not say that sexual assault should not be a crime. What she does repeat is that the women involved should not have signed non-disclosure agreements and should have reported the assaults from the start. More interesting is her argument why the law on rape is not working, when the lowering of the level of proof of non-consent as on US campuses does not work, threatens civil liberties and in a word needs sorting out. Surely she is right. You can listen and make up your own mind here.